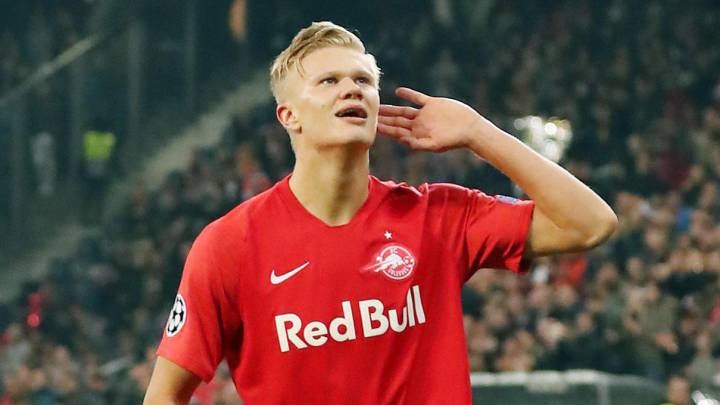 The footballing history is a testimony that the coaches largely impact the signings of a player. The recent past has shown us Jorginho coming to Chelsea via Maurizio Sarri, Romelu Lukaku joining Inter because of Conte’s linking and Tammy Abraham rising to glory courtesy Lampard’s support.

And in the near future we can see Haaland joining Manchester United due to Solskjaer. The Norwegian striker was coached by Ole in his days at Molde which should definitely help United.

In the January transfer window the first thing that Manchester United have to do is sign an exemplary finisher. And Haaland is one hell of a striker who has scored 20 goals in only 13 games for Salzburg.

The youngster has already scored a hat-trick in Champions League against Genk and also scoring one against Liverpool. The teenage sensation is tipped to be joining United according to his near sources.

“Definitely in a great club,” Loris Boni is quoted as saying in Corriere dello Sport.

“Salzburg, an excellent team, can only be a springboard for someone like him. If, then, his compatriot Solskjaer remains as coach at Manchester United, I think he can go there.”

“Solskjaer was also the one who gave him his debut at Molde, as he coached the club at the time.”

The one good thing Ole can do for United after so many years of service is influence the forward to do wonders for Red Devils.