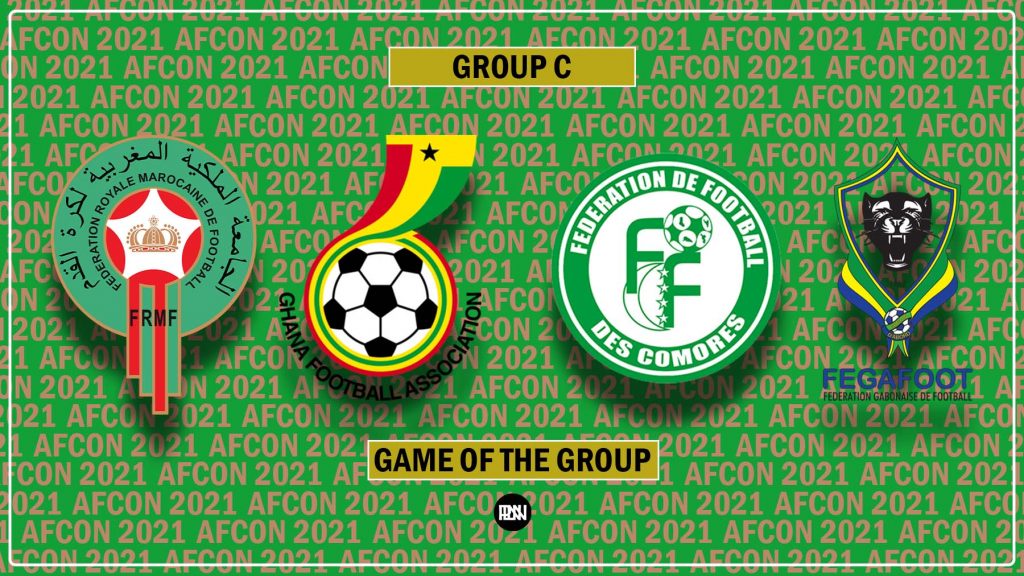 On Tuesday, January 17, games in Group C of the ongoing Africa Cup of Nations came to a close. Two teams, Morocco and Gabon automatically qualified to the next round of the competition after placing first and second respectively in the group. All games in the group were highly competitive as four-time champions, Ghana suffered an early exit in the competition.

Here, we would take a look at the game that caught the eyes of football fanatics around the globe and was exciting to watch in AFCON 2021 Group C:

After three rounds, the most exciting fixture people talked about was the match between Ghana and Comoros. Ghana went into the game to secure the three points that could book them a ticket to the next stage of the competition as one of the third best-placed teams in the competition. However, the Black Stars were shocked by an early elimination in the competition after Comoros beat them 3-2 in Garoua.

Comoros were lucky to get an early goal in the match. El Fardou Ben got that goal for his National team in the 4th minute. In the 25th minute, Black Stars skipper Andre Ayew received a controversial red card after an entanglement with the goalkeeper, Salim Ben Boina who couldn’t continue the game again after that clash. The game travelled to the end of the first half with both sides not scoring again.

In the second half, Comoros were poised to secure the vital three points as Ahmed Mogni got the second goal after 62 minutes. At this point, all hope was lost for the Ghanaian side as things went from bad to worst in the game. Two minutes later, substitute Richmond Boakye quickly responded by pulling one goal back for Ghana, keeping their hopes alive in the game.

Ghana kept on committing more bodies into the opponent’s half in pursuit of an equalizer. Defender Alexander Djiku levelled things up for Ghana in the 77th minute. The goal brought hope to the fans of the west African side and a search for a third goal was needed to secure all three points.

Again, Mogni was on target as he got his second goal of the game being the first player ever to score a brace in an Africa Cup of Nations tournament for Comoros. He scored the goal late in the dying minutes of the game.

It was all joy on the bench of the debutant as they celebrated the victory but for Ghana, it was a disappointing result.

Comoros qualified to the round 16 as one of the best third-placed teams in the competition and will face host nation Cameroon on Monday, 24th January at the Paul Biya Stadium in Olembe.