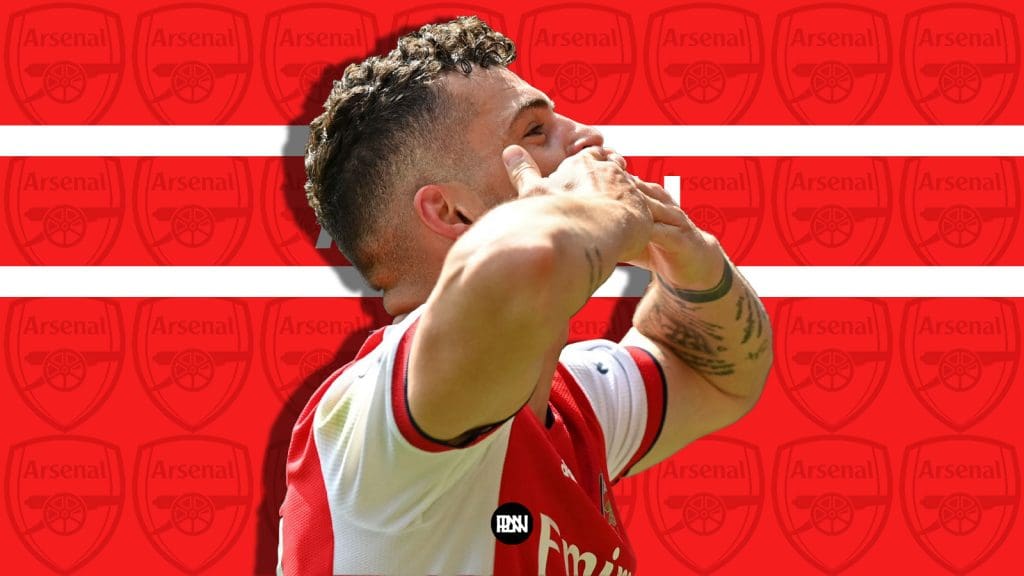 Given the amount of praise, the young players in Mikel Arteta’s squad have received lately, and rightly so, Swiss international midfielder Granit Xhaka has largely flown under the radar.

When it has come to controversy in recent years and dwelling under the spotlight at the Emirates, the former Borussia Monchengladbach man has regularly proven the main culprit. There have been five red cards in five years, as well as several big individual errors that have proved costly to the Gunners. And there was, of course, the infamous moment his strained and strange relationship with the Arsenal fans boiled over in spectacular fashion when he was substituted by Unai Emery during a home game against Crystal Palace in October 2019.

Xhaka, who had been named captain just a month earlier, took off his shirt and could clearly be seen telling supporters around Emirates Stadium to “F*ck off” as they jeered him off the pitch, arguably one of the most iconic moments in North London over the past decade. An incident which led to him being stripped off the captaincy, and he has since admitted that his “suitcases were literally by the door” in the immediate aftermath, with a move back to Germany all but agreed last summer.

But the departure of Emery soon after and the appointment of Arteta in December 2019 turned his chastening situation as a Gunners player around.

“Mikel began to talk about how I was a big part of his plans,” Xhaka revealed in an interview with The Players’ Tribune. “I liked his warmth. He was honest, straight. Clear plans. I felt I could trust him. He told me to give him six months and then if I still wanted to leave, no problem.

“Normally I spend a lot of time making these decisions, but that day I broke my own rules. My head had left Arsenal, but my heart had not. My heart was telling me, ‘You can’t leave this football club like this.'”

Indeed, Xhaka remained in North London and a couple of years on, he has formed an integral part of Mikel Arteta’s young and progressive Arsenal side.

Though, there have been the regular head-gone occurrences this season, his red card at Manchester City in the opening month of the campaign and his sending off at Anfield in the Carabao Cup semi-final, but other than that Xhaka’s campaign has been largely incident-free by his controversial standards.

While several other senior stars departed during the dramatic and much-needed overhaul that took place at the club over the past year, Xhaka has remained and was even handed a new contract last summer after a potential move to Jose Mourinho’s Roma broke down.

Arteta has entrusted him implicitly this season, handing him 22 starts in the Premier League this season and the Swiss international captain has not let him down, with his performances in the recent wins against Chelsea, Manchester United and West Ham shining a light on his influence and leadership which has been questioned many times in recent years.

With main men Thomas Partey and Kieran Tierney out on the treatment table currently, Arteta has needed players who he can rely on consistently especially in such an important period for the Gunners as they aim to claim their first Champions League finish since 2016.

The midfielder has, as a result of the Scottish international’s injury, been cast out to an unfamiliar role of left-back because of his invaluable versatility, but it was clear in the defeat to Brighton and Hove Albion that his efforts were better served in his traditional midfield role where he offers much-needed stability, control and progressive passing from deep.

Xhaka’s return to the middle of the park has coincided with the Gunners’ turning things around after three defeats in a row and they are now sat fourth in the Premier League, two points clear of rivals Tottenham in fifth.

At a time when Arsenal were shaking, Xhaka has offered stability and calm. He has quietly gone about his work in midfield, keeping things neat and tidy so the young players ahead of him can flourish.

His performance against Chelsea, and Manchester United in particular, was spectacular indeed. Up against the best of players in the division, Xhaka trumped his opponents with some assured and dominant displays in front of his defence, providing the Gunners with that “street-smartness” that has typically eluded them in recent years, the long-range piledrivers as showcased against the Red Devils but also the know-how and experience in seeing out crucial wins shown in their weekend win over West Ham United.

Against the Hammers, Xhaka recorded 81 touches, performed three key passes, two tackles, one clearance and one interception as well as winning two of his five ground duels, as per SofaScore. It may not have been the spectacular and cream of the crop display, but it was a determined, rugged and hard-fought one alongside the resurgent Mohamed Elneny who has stepped in Thomas Partey’s absence with such consummate aplomb.

As a result, the Gunners remain in the driving seat for a top-four finish sitting in fourth two points ahead of their fierce rivals with four games remaining, including their hugely pivotal North London derby showpiece in two weeks, a game which will require Xhaka’s steadiness in the middle.

The 100-time Swiss international may no longer wear the armband at Arsenal, but he remains a much-needed leader and influence amongst their young and fledgling exciting stars.

And we ultimately come to full circle: Granit Xhaka – the unexpected unsung hero. 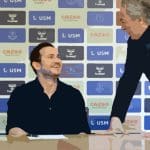 From cusp of European dreams to about a leg in Championship: What went wrong with Everton?
Next Article 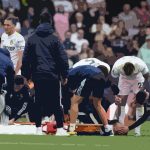