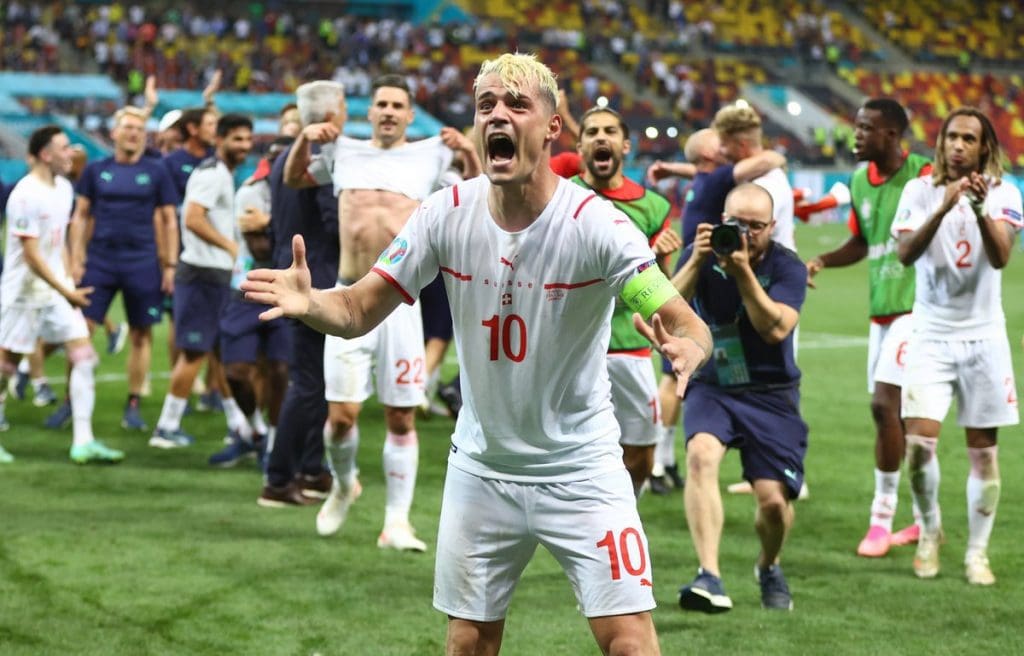 According to a report from Calciomercato, Juventus are now looking towards Arsenal midfielder Granit Xhaka after their seemingly failed pursuit of Manuel Locatelli from Sassuolo. This move could work well for Arsenal, who are now looking to raise their £17 million valuation after Xhaka’s masterclass performance against France in the Euro 2020 tournament. A host of other clubs are also currently monitoring the situation.

Xhaka is all set to leave Arsenal in what is seen to suit both parties. He had already told Arsenal that he wants to leave at the end of the last season after a host of disastrous years at the North London side. The new manager at Roma, Jose Mourinho has been a great admirer of the defensive midfielder and wants to add him to his squad for the next season. But Mourinho might have to wait a bit longer as the Italian Giants, Juventus have reportedly entered the race for Granit Xhaka’s signature.

Granit Xhaka who is on International Duty for Switzerland in the Euro 2020 has attracted interest from Juventus and many other clubs after his tremendous performance against the World Champion side France. Xhaka was effective on and off the pitch thus showcasing his football Skills as well as his leadership skills.

The Swiss International had already agreed on personal terms with Roma before the start of the Euro 2020 tournament. But the difference in valuation from the Arsenal side as well as the Roma side has taken longer for the completion of the deal. Arsenal wanted £17 million in straight cash whereas Roma saw it as an inflated price. Roma wants to pay around £13 million for the 28-year-old. In the absence of a concrete middle ground between the two clubs, it seems that Juventus have entered the race to hijack the move.

This might just turn out to be beneficial for Arsenal, they can sit back and demand the price set rather than getting bullied into accepting a lower figure, as the case has been off lately.