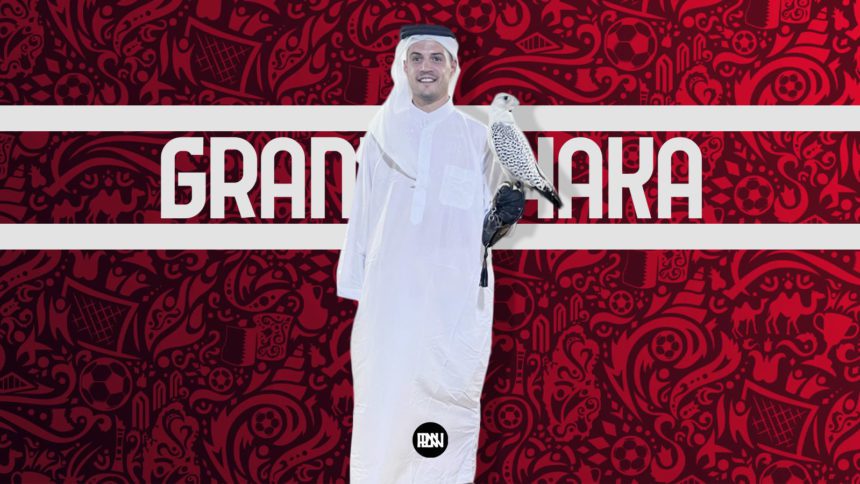 Group G is looking like a very tough group to escape from in this World Cup. Favourites Brazil will be fancying themselves to top the group without dropping points, which leaves Switzerland, Serbia and Cameroon all left to fight it out for second place. Switzerland will be full of confidence after their impressive run in Euro 2020, can they go even further in Qatar?

In their last four international fixtures, Switzerland have beaten: Portugal, Spain and Czech Republic, before losing against Ghana in their final friendly before heading to the Middle East. Group G isn’t easy but given their form in recent months and the form of some of their players, there should be no reason why Switzerland can’t look to make the later stages of the tournament.

One player who is at the peak of his powers is Granit Xhaka. The midfielder has been a revelation for Arsenal this year and looks more and more like a team of the year contender. The 30-year-old seemed destined to exit the Emirates two years ago but has turned into a key player for Mikel Arteta’s side. If he can replicate these performances on the international stage, it could be enough to propel the Nati forward. Here’s what we expect from the Arsenal man in Qatar.

Murat Yakin’s side will set-up in a 4-2-3-1 system, that looks to control and dominate possession. Granit Xhaka will be deployed just above the back four and will be tasked with breaking-up attacks and controlling possession. This is a position that has become very familiar to Xhaka over the years and is a similar role to where he used to play for the Gunners – however this season Xhaka has found far more success playing in an advanced role. He still occupies the same position in a similar formation but has the permission to press forward and join the attack, something that has seen him develop into one of the best Premier League midfielders.

For Arsenal this season, Xhaka has been a cog in the centre of midfield. Often running all over the pitch, Xhaka will come deep to stop attack and win possession, but he will also look to get forward in supporting his teammates in attack. When going forward, Xhaka’s range of passing is exceptional. He can easily out muscle an opposing player, regain possession and spring a pass across the pitch at ease. Fans will be hoping he can operate in a similar role for the national side, which could see him become an influential attacking player for Yakin’s side.

In the deep, two-man midfield, Xhaka could be given more freedom going forward. The Arsenal man will either feature alongside Nottingham Forest’s Remo Freuler, or Chelsea’s Denis Zakaria. Both are excellent defenders of the ball and would be more than capable to sit alone above the defence, whilst Xhaka edges forward.

Switzerland will look to play a possession-based game, which a direct attack which could suit Xhaka’s newfound attacking threat. With an excellent eye for a pass, and the ability to hit accurate passes at long-range. Xhaka could be the key to breaking down a lot of opposing defences.

Xhaka could become a key component of this direct attacking style, that could make him a threat for all opponents. If given space in the final third, Xhaka can easily play accurate passes into the box for the aerially superior Haris Seferovic to latch on to. Likewise, if Xhaka finds space outside the box with no passing options, the midfielder has the power and the accuracy to shoot from range, often with devastating effect. He’s even more lethal from close range. For Arsenal this season, Xhaka has shown he has excellent footwork and composure. He’s able to receive possession in a crowded space and find teammates with intricate passes which puts his teammates through on goal. It’s almost been Kevin De Bruyne esc, with the number of chances Xhaka has created where his teammates haven’t been able to finish – you know, that montage of De Bruyne passes where he somehow plays Raheem Sterling through on goal just for him to kick the ball wide? Yeah, it’s a bit like that.

Their second game of the group stage will see them face off against World Cup favourites, Brazil. Everything suggests this will be a back to the wall’s performance for the Nati, Xhaka however could be the key to Switzerland overcoming their South American opponents. Defensively Xhaka has been excellent this season. His rash, hot-headed defending has gone, and he’s really cooled himself down. Now, Xhaka’s challenges look calm and calculated as he often snatches the ball away without breaking stride. This isn’t just a fluke either, he’s being doing this against some of the best teams in the Premier League. His work rate to track back could take a lot of pressure of the Swiss backline, who will no doubt be under the cosh if they make the latter stages of the tournament.

This is widely considered to be Switzerland’s golden generation, and yet I can’t help but think they’re sorely lacking depth in attacking midfield roles. Yakin has about three excellent striker options to play ahead of them, but across his attacking three he’s not as spoilt. Xherdan Shaqiri is half the player he was in Euros, Rueben Vargas also doesn’t fill me with confidence on the right-hand side. If Switzerland are to threaten other teams a lot of chances are going to have to come through Xhaka in midfield.

When playing deeper, Xhaka will be able to progress forward with the ball and has the ability to create openings for attacking players. However, when in attack he will be able to offer much more of a threat than those around him. If Switzerland want to build on their success at Euro 2020, and by all means they can, then they have to deploy Xhaka in a similar role to what he plays at Arsenal. Allow him to advance forward and support the attack. Doing this will not only aid those around him, but it also drastically improves the options going forward, having someone of his quality dictate the play in the final third and cause problems for the opposition.

His work rate also means Switzerland won’t be outnumbered at the back, if possession switches in the final third, Xhaka will have the energy and the desire to track back and regain the ball which will suit Yakin’s possession-based system perfectly.

Switzerland’s golden generation knocked France out of the Euros last year on their way to the quarterfinals. With Granit Xhaka playing the best football of his career, the Nati could yet go to another level, with the Arsenal man at the centre of it all. The past six months has been a new beginning for the 30-year-old, he’s full of confidence and playing the best football of his career. Qatar will give him and Switzerland the opportunity to put themselves in the same bracket as the World’s elite, don’t take your eye of them this Winter. 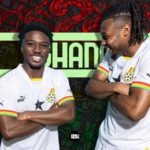