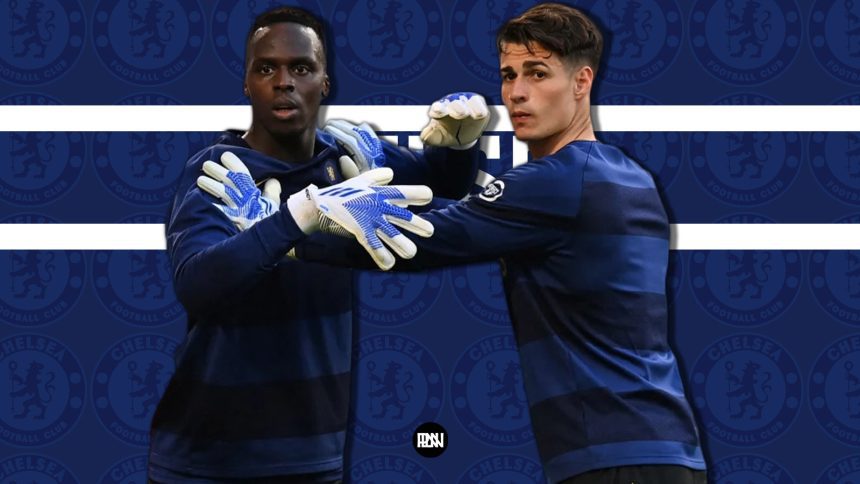 It’s a new era and it’s Graham Potter’s time to take the hot seat at Stamford Bridge. Change of manager means new ideas and new tactics for the implementation of these tactics you need new players. And a lot of analysts across the footballing world believe that one of the first moves Graham Potter will make is to replace goalkeeper Edouard Mendy, a move similar to the one he made at Brighton & Hove Albion when he replaced Mathew Ryan with an unknown Robert Sanchez. But why would that be the case?

Before dwelling on the main topic we must understand why the change for Robert Sanchez was made in the middle of a Premier League.

Matt Ryan was signed by the newly promoted Brighton & Hove Albion in 2017 after his previous exploits in Belgium, Australia and Spain. Surprisingly, Chris Hughton had no idea of who Matt Ryan was and credited his goalkeeping coach Ben Roberts for insistence on signing him. And the gamble paid off as Ryan was hugely influential on the Seagulls’ top-flight status being secured season after season. 10 in 2017/18, 7 in 2018/19 and 9 in 19/20 were the cleansheets he managed to secure in his first three seasons at Brighton with an average save percentage of 67% in these years with post-shot xG revealing he had +7.1, – 4.5 (this was the season where Brighton nearly got relegated so understand why the performance!) and +3.5 as plus minus goal difference from expected. He became a big fan favourite this time.

But something changed in the 2020-21 season. Although Ryan started the new season as the club starter, he was suddenly dropped by manager Graham Potter. It was surprising and yet an understandable decision given Ryan’s form but to change your No.1 midseason is something that happens very rarely. Mathew Ryan in eleven games that season made just 16 saves and let in 18 goals with xG predicting that the goals conceded should have 3 less and save percentage was hardly average with a 47% save rate.

And this was not a knee-jerk reaction in a sense. The Seagulls’ were actively looking for a new goalkeeper and were heavily linked to Arsenal’s Emi Martinez but instead decided to promote their young goalie Robert Sanchez who was bought by the club in 2018 as an 18-year-old and had spent the past two seasons in the lower tiers of English football. And this change paid dividends and Sanchez looked like an instant upgrade on Ryan and has continued his great form even going on to represent the Spanish national side.

Sanchez’s style of goalkeeping improved Brighton in a great manner. The Spaniard’s ability on the ball and dexterity has greatly helped him deal with pressure situations with opposing forwards trying to press him to put pressure on the inexperienced goalkeeper at that time. He managed to win over the fans quickly as many were unhappy with the decision to drop their favorite Ryan.

Great moment this. Maty Ryan was a great shot stopper but he would never have done this at a critical moment like this. Took all the pressure off. #bhafc https://t.co/3YnouFj6Np

I must say I love Maty Ryan but ever since Sanchez has come in, we have been so much more solid at the back and Sanchez has a bright future ahead of him. Top keeper 🔵⚪️

The decision to drop a massive fan favourite in maty ryan to play Sanchez who hadn’t even had a sniff at championship level is going wayyy under the radar.

There is somewhat of a situation like this happening at Stamford Bridge. A proven goalkeeper and a fan favorite who can still produce good moments but now clearly is underperforming and making more errors than expected get replaced because clearly there is a better option on the market or in the club’s youth system itself.

Does this mean Kepa Arrizabalaga will have a chance to prove himself or would the young and inexperienced Gabriel “GAGA” Slonina take Edouard Mendy’s spot going forward. Or, even stranger, will Chelsea look to add another goalkeeper this summer. But before looking into those scenarios we shall see why Mendy’s starting spot is under threat right now.

Why is Edouard Mendy’s no.1 spot in danger?

When Frank Lampard took over, Kepa, the most expensive goalkeeper in the world, began to make blunders one after another, and the situation got so terrible that Willy Caballero had to play in Kepa’s place for the remainder of the season. And then in came Edouard Mendy from Rennes to replace an unconfident Kepa Arrizabalaga. He started his career in England well and had some nervous moments like the one at Old Trafford but prevailed and he grew in stature and in confidence as the season progressed. He produced some standout saves in the match against Karim Benzema and was one of the stars of the semifinal victory over 13-time European champion Real Madrid. Additionally, he maintained his composure during the UEFA Champions League finals, winning the most coveted trophy in Europe in his first campaign.

However, if you fast-forward to the 2021/22 season, a lot has changed. After initially starting the season well with a remarkable effort against Brentford at their home ground, Edouard had a really poor outing against West Ham United. It was a pretty rare outing for his standard, considering he had been error free up to that point.

There are some instances in this game where Mendy just fails to understand the situation. Coufal’s attempt would have been a sure goal had it not been for one of our generation’s best defenders, Thiago Silva, anticipating the circumstance.

In the second case, Mendy experiences a major brain fade. He has an easy option to long and clear his lines but instead, he decides to take on the attacker resulting in a penalty from which the Hammers equalized at the London Stadium, this is a very similar situation to the one seen at Leeds.

His afternoon worsens as Arthur Masuaku’s miscued cross finds the back of the net.

Chelsea’s arguably most important moment was the game against Real Madrid last season in the UCL quarter-final. The stage was set but Karim Benzema had other ideas. The forward managed to get away from his markers with great ease and scored two incredibly great-headed goals to shock the blues in their home. Havertz brings the tie back at 2-1, at this point this could be considered a score line from where Chelsea could overturn the tie easily but Edouard’s lapse in concentration ended up making it 3-1.

The Blues then kicked off the new season with a tour of the United States of America. Fresh season but same old problems for Edouard. Blunders in possessions and an unwillingness to come off his line and dominate his area have been bothersome and fans have started to notice these instances.

Chelsea were off to a good start in Elland Road with Raheem looking very likely that he will be breaking the deadlock but all of a sudden Mendy tried to trick USMNT star Brenden Aaronson and got caught horribly leading The Peacocks to take the lead and open up the floodgates for what proved to be a disastrous Sunday afternoon for the Blues.

Should Chelsea go for another alternative, stick with Edouard Mendy, or give Kepa a shot?

A) Pursuing a new option at this stage is a very difficult one for Chelsea. There will be two scenarios here: buy a new goalie or give Gabriel Slonina a chance.

B) If Kepa cannot be shipped out and Edu Mendy continues to make mistakes, it may be time to give the Spaniard a shot. And, owing to Mendy’s injury, he now has just that. Starting two consecutive UEFA Champions League group stage games against Zagreb and Salzburg. He appeared unconvincing, but it is understandable given the team’s overall underperformance as a general.

He is a much better fit for Potter’s style. His ability with the ball under his feet is better than Senegalese international. Kepa completes more long passes than Edouard and is more successful in stopping opponent set pieces, which has been a significant worry for Chelsea’s defence this season. He also sweeps the balls more convincingly than Mendy.

C) This is an option that Potter will almost certainly use till the end of the season. Yes, Mendy has made a few mistakes and has looked shaky since the AFCON, but we’re talking about the best goalkeeper in the world. In the last two years, he has won numerous honours for club and country, and he has played a key role in both of those victories. Binning him would be a huge mistake.

Edouard Mendy is almost certainly safe for the season. Despite all the issues, he is most likely going to benefit due to his stellar performances in the first campaign. Potter will need to take things gently and deliberately if he wants to cement his dominance over this team. He needs to rely more on experience, hence we think Mendy benefits from this, but if his performance worsens, Potter will have no difficulty asking Kepa to fill in, much like what happened with Ryan and Sanchez. 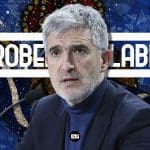 BREAKDOWN: Roberto Olabe & How he is dictating Real Sociedad’s recent rise
Next Article 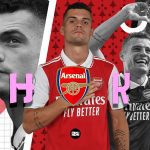 Granit Xhaka: The rise from an outcast to a fan favourite
Leave a comment