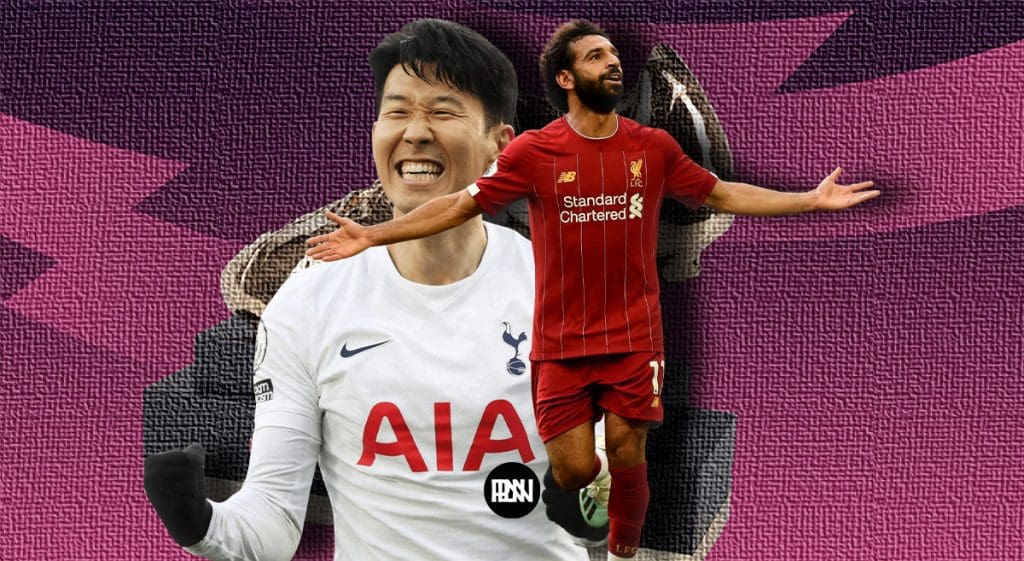 The Premier League 2021/22 season is almost over, but likewise, the race for the top 4 and league title- The PL Golden Boot race is still on!

The Premier League Golden Boot is one of the most prized possessions for the players, specifically attackers. This shining accolade has been held by the legends who have graced the English soil with their presence, and by the players who are currently running the show.

From Andrew Cole (1993/1994) & Alan Shearer (1994/95) to the likes of Thierry Henry, Drogba, Cristiano Ronaldo, Luis Suarez, Sergio Aguero, Harry Kane, Jamie Vardy, Salah and many more- the shiny gold plated boot has been held by one of the great players in the world football.

And now as this season is nearing its end, it is safe to say that there remain just 2 players in the race to hold aloft the Golden Boot this season, Liverpool’s Mohamed Salah & Tottenham Hotspur’s Son Heung-min. Let’s take a look back at their individual season, and then we shall see who is the favourite to win the 2021/22 Premier Golden Boot.

For almost the entirety of this season, Mohamed Salah has been at the top of the pile and is currently leading the race to win his 3rd Premier League Golden Boot since joining Liverpool in 2017. The last time he won the shiny boot (in the 2018/19 season), it was a 3-way tie between the Egyptian, his Senegalese partner at Liverpool- Sadio Mane, and the Gunners’ talisman at the time- Pierre Emerick Aubameyang. Adding to that, he has been consistently the best player for Jurgen Klopp since marking his return to Premier League nearly 5 years ago. The Egyptian has scored 20 or more Premier League goals for the Reds in each of his last 4 seasons out of 5, here in England.

However this season, Salah has been looking a lot better and rejuvenated from the last season. Even though Liverpool went trophyless, the Egyptian caught the eye of many as he continued to write his own story of the season with another prolific effort- scoring 22 League goals for the Reds and helping them secure a Champions League spot for this season.

For what it is worth, he will be much more relieved having already reached his last year’s tally with 2 games still left to spare. But there seems to be a twist in the tale for the Egyptian. There is no doubt that Salah has had a rough season with his national side, having twice beaten by their African counterparts- Senegal. First, the misery of the AFCON then almost a month later Salah and Egypt bow out of the World Cup after another defeat at the hands of Mane’s Senegal. And the loss with his National side has been reflected in Salah’s domestic performances.

The Egyptian has yet to score a goal since the brace against United at Anfield, and it was almost a month back. Now many Kopites and Salah fans, in particular, think that their Egyptian King might have lost his touch. And with the 2 games remaining to be played, surprisingly the odds have turned against the Liverpool talisman.

Pundits are turning their attentions to another player, the South Korean, Son Heung-min. If Mohamed Salah needs to secure the golden boot, he must score goals in the last two games because it seems the Asian train has picked his pace to overtake it.

😯 Mo Salah was nine goals clear of Son Heung-Min in the race for the Golden Boot in the Premier League by the start of March. With two games left, Son is only one behind on 21… pic.twitter.com/BCnFKuaziJ

“a surprise package to say the least but for sure SONNY is a beast” – No wonder the Lilywhites are delighted for their own no.7 in Son. Well to say the least he wears a 7 number jersey and he is, indeed, a die-hard Cristiano Ronaldo fan. So, a performance like this season’s was begging to come knocking at his doors, and the South Korean has grabbed the opportunity from both hands.

Son joined the London club in the 2015/16 season, following a brilliant Bundesliga season at Bayer Leverkusen. Since his transfer to the English club, he has become a fan favourite at White Hart Lane. His pacy dribbles, beastly finish and kind nature, has been the standout of his Premier League career so far. Apart from that, the Spurs’ number 7 has been widely known for making a formidable partnership with the strike partner, Harry Kane. Earlier this year, the duo broke Lampard & Drogba’s PL record of 36 goal contributions together- Son & Kane have 37 PL goal contributions together.

Meanwhile, the South Korean has been beyond phenomenal this season- having scored 21 league goals already with a game left to spare for Spurs. The cherry on the cake is that the Asian Express has scored all non-penalty goals this season, and that is MINDBLOWING!

In the last 9 Premier League games, Son Heung-min has scored a mammoth total of 10 goals! And has yet another shot to leapfrog the current leader, Mohamed Salah’s 22 goal haul so far.

South Korean has been in amazing form for Conte’s Spurs and has played a major role in their charge for the Champions League football next season. Having said that, Son needs at least a brace against Norwich on the final/Boxing day to clinch it from the Egyptian- barring the Liverpool winger does not score against the Saints in the midweek clash between the two sides.

It is right down to the wire, with Liverpool still to play 2 games and the Spurs have just 1 final day fixture remaining on hand. One might think that it is a situation of so close yet so far for Son, but on paper Salah’s upcoming 2 opponents are tougher than the South Korean’s Boxing Day relegated Norwich City.

Having said that, it all depends on whether Jurgen Klopp would risk Mohamed Salah against Southampton on Tuesday, with the latter picking up a niggle against Chelsea in the FA Cup Final. But the Egyptian has himself ruled out any procuring long term suspension, and the gaffer has also looked optimistic, according to the reports from Goal.

So, it all goes down to the wire, Will it be Heung-min Son – the Korean Ronaldo, or Mo Salah- the Egyptian King?! It is not long before we will come to know. 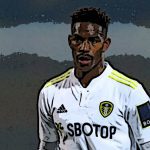 Court rules against federation in case of Junior Firpo
Next Article 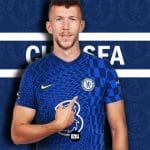