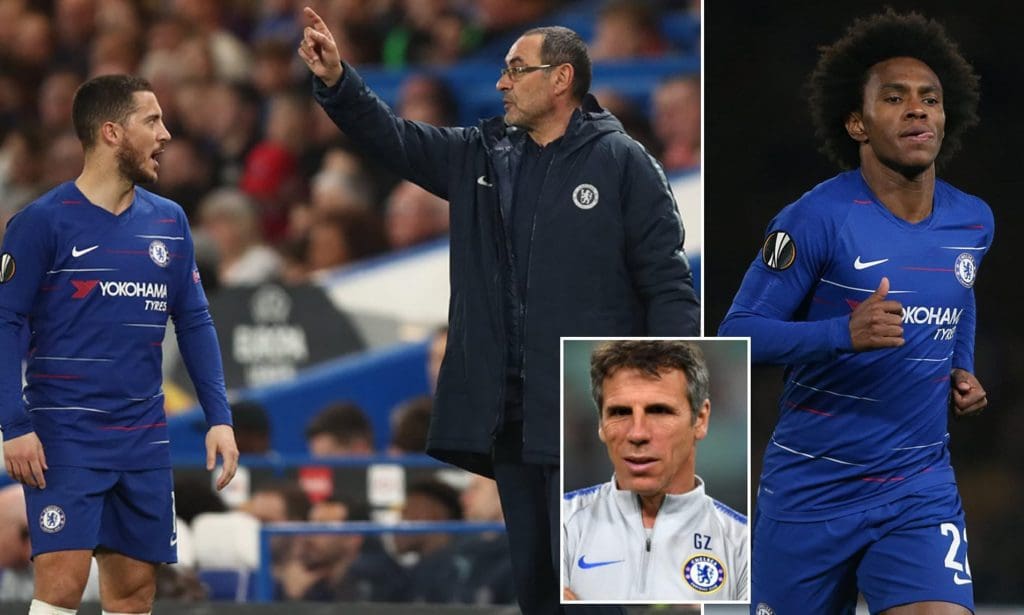 Chelsea legend Gianfranco Zola has revealed that players were bored under former manager Maurizio Sarri. He added that this was due to the repetition and the number of games the Blues played.

Maurizio Sarri was appointed as Chelsea’s manager a day after Conte was sacked in 2018. He helped Chelsea win the 2018-19 Europa League and reach 2019 EFL Cup finals (lost against Manchester City on penalties). However, at the end of the 2018-19 season, it was announced that he going to Juventus to be close to his elderly parents.

“At the beginning, the players were very much behind everything that we were saying, they were brilliant,” Zola told beIN SPORTS.

“They were following everything, but then as the weeks passed due to the repetition and the amount of games they were playing, the players got tired and they also got bored in a way.

“But boring is part of our job. Sometimes you need to get bored but when you get bored you persist in what you’re doing and you get better. 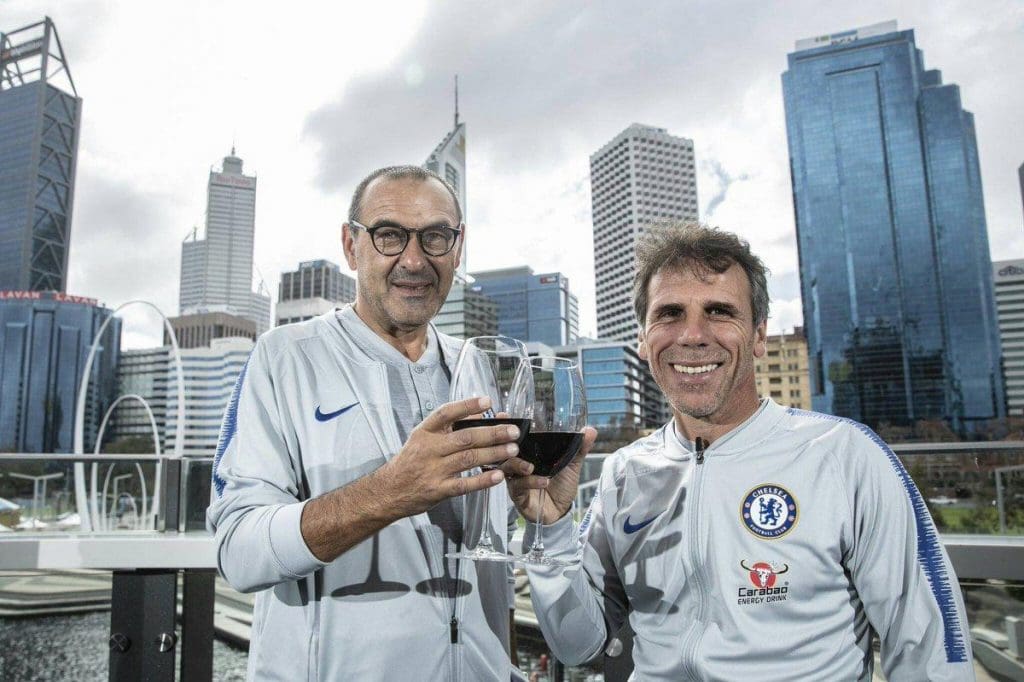 “I remember that when I was learning to play football, kicking a ball, for example, I used to do it 300-400 times a day at least.

“There were moments when I got tired but I needed to do it repeatedly because if I wanted it to become a part of me, this was the process I needed to go through.”

“They were talented players, like Hazard and Willian, players who know how to win games on their own, but they were suffering from the type of exercises and type of training we were doing – but it was necessary for the others,” Zola added.

“I’ll be honest, they were brilliant because they got bored, but they kept doing it throughout and that was the reason why when everyone was dropping we were going up towards the end.”

Sarri signed a three-year deal with the Old Lady last year and is chasing the second silverware of his career. Juventus are just one point ahead of Lazio in the Serie A with 12 games remaining to play. Sarri will be looking forward to increasing the lead to the top with the Italian league starting from June 20.