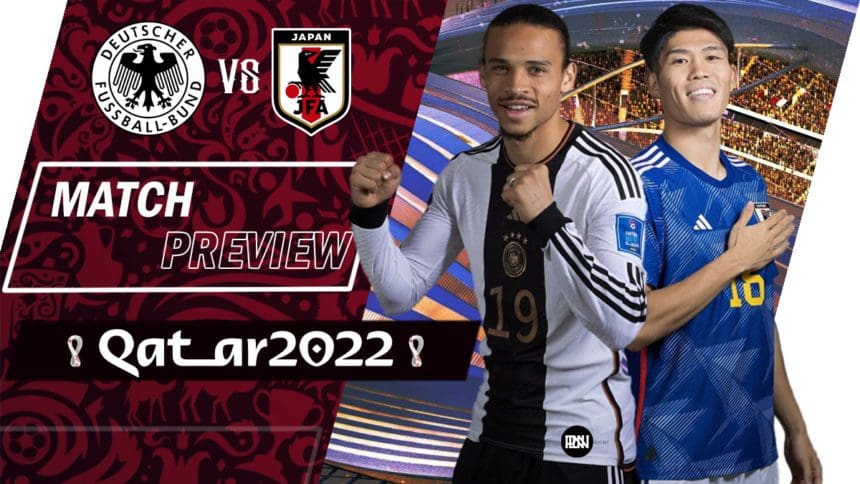 Germany begin their World Cup 2022 campaign against Japan as the two go head to head in the group E curtain raiser. The Germans have been drawn alongside Costa Rica, Spain and Japan with looks like a rather favourable draw for Hansi Flick’s men who would be hoping to avoid yet another embarrassing group stage exit like in the 2018 World Cup.

Japan look to be the underdogs of the group and have a few talents to keep an eye out for. The Asian country exited the previous edition of the World Cup in the round of 16 to eventual semi-finalists Belgium in the final moments of the game as Hajime Moriyasu’s side bowed out with their heads held high giving their fans a performance to remember despite the loss.

Die Mannschaft have Leroy Sane and Niclas Fullkrug as doubts for the game as the former has a knee injury and could be back for the game against Spain. Thomas Muller and Antonio Rudiger have resumed full training and are expected to be in the starting XI.

Karou Mitoma and Wataru Endo have returned to first-team training recovering from their respective injuries while Hidemasa Morita is a doubt for the game. Morita is nursing a calf injury and has just a day’s training under his belt which could mean he remains rested for the game against the Germans.

Germany head into the tournament on the back of a poor display in the recently concluded Nations League as they finished third in their group and have just two wins in their last 8 games. Hansi Flick’s appointment after the 2020 Euros campaign has revamped the side and his style of play has suited the Germans well. A 4-2-3-1 system with a fluid front 4 is expected to be the game plan for the tournament similar to Flick’s time at Bayern Munich. Jamal Musiala will be the chief creator for the Germans as the 19-year-old has cemented his place in the starting XI.

The midfield pivot of Joshua Kimmich and Leon Goretzka have been solid in the middle of the park as the duo anchor their side adding physicality and ball retention to the Flick’s high-pressing style of play. They will be up against a stubborn Japanese defence who will be a tough nut to crack even though the quality in the German attack will be enough to overcome this hurdle.

Japan also will lineup in their usual 4-2-3-1 system with Kubo, Takumi and Minamino playing just in behind Asano. They were beaten 2-1 by Canada in their friendly before the tournament even though many of the key players were rested. The experience of Maya Yoshida who already has 122 caps for the national side in the defence will be crucial to keeping the Germans at bay. Hajime Moriyasu’s men will look to keep a low block and threaten on the counter with the pace of Kubo, Minamino and Takumi.

Havertz has been in impressive form under Flick and has scored 6 times under the former Bayern Munich boss. His versatility could be key for his side as he can play anywhere across the front four. Despite a slow start to his Chelsea season, he will want to regain his momentum and shine for his side at his first-ever World Cup.

Takehiro Tomiyasu has played more as a center-back rather than his usual right-back role for the Japanese national side and the 24-year-old has been key in the defence alongside the veteran Maya Yoshida. The Gunner has failed to displace Ben White from the Arsenal starting XI and be the first choice right back for Mikel Arteta. Perhaps an incredible tournament would change the gaffer’s mind as Tomiyasu will shoulder his nation’s ambitions and hope to progress further in the tournament.

Ilkay Gundogan has been the first-choice backup for midfield duo Kimmich and Goretzka. The Manchester City midfielder is likely to play his final World Cup for his country and will want to finish his international career on a positive note.

Bella-Kotchap was a surprise inclusion by Hansi Flick when the squads were announced as the 20-year-old played just a minute during the Nations League. The Saints defender will be hoping to gain some valuable minutes and experience alongside the likes of Niklas Sule and Antonio Rudiger in his first World Cup and repay the faith shown by his coach. 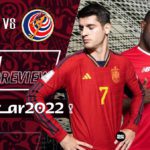 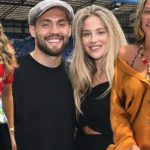