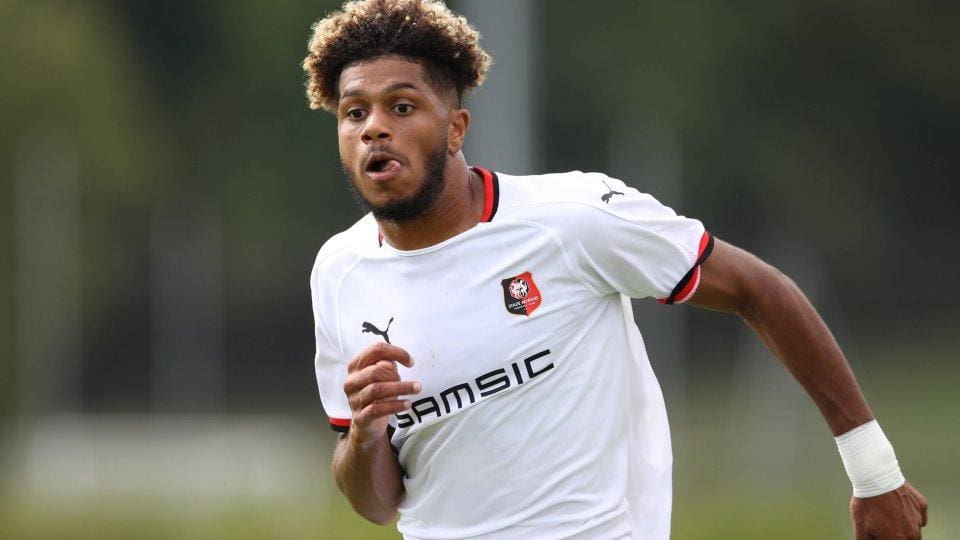 Some youngsters come and go, while few lives up to their earlier expectations with constant game time and dedication. According to L’Equipe via GFFN reported that Arsenal were among the increasing number of clubs to have made an enquiry with Stade Rennes over the signing of Georginio Rutter this summer.

Many clubs have strongly being linked with the Frenchman, as Newcastle, Arsenal, Bayern Munich, Borussia Dortmund, RB Leipzig and AC Milan all in the pursuit of the France Under-18 international forward.

Georginio Rutter currently plays for Ligue 1 side Stade Rennes. The 18-year-old and 182cm tall forward is equally adept playing with either foot effortlessly, which makes him a difficult player to come up against.

His two-footed nature confuses and as well surprises his marker and the goalkeeper, whenever he decides to shoot the ball at goal.

The young striker has been a regular with the France youth setup, scoring 16 goals in 44 games across all youth levels from the U-16s to the U-18s under Jean-Claude Giuntini. Although Rutter is yet to make a first-team appearance for Rennes, but his tremendous abilities has been consistently displayed while on international duties.

The pacey forward has been earmarked to make a step up to the first team this season, after playing and impressing with Rennes B last season.

Rutter currently has a year left on his contract, but lack of game time and immediate first team integration assurance with Rennes might prove to be a stumbling block in his decision to extend his contract.

Several clubs have allegedly been attracted to the 18-year-old’s ‘finishing, pace, power, skills and technical ability’. His game has obviously grown in recent time, especially his ability to frustrate and put the defenders on their toes all through the game; as his constant running behind the defense, playing on the centre-backs shoulders and sneaking around the box in order to tap-in some loose balls into the net, has game some highlights and recognitions among the onlookers and scouts.

According to The Sunday Mirror (20/09, p73), Arsenal scouts have been impressed with Rennes teenager Georginio Rutter and a move for the youngster might be imminent, depending on the club’s intent to either wait for him to run down his current contract or make a considerable low offer at the last minute in the transfer window.

Upon joining any of the earlier mentioned suitors, the French teenager would be hoping to emulate the success of several young compatriots like Upamecano, Mbappe, Guendouzi, Edouard et al, whom have taken the initiative to make a claim on the big stage, after being tagged as a potential star in their early days….

Tottenham wrap up the signing of Vinicius loan from Benfica
Curious case of Matt Miazga: From a prodigy to mere loanee!
To Top