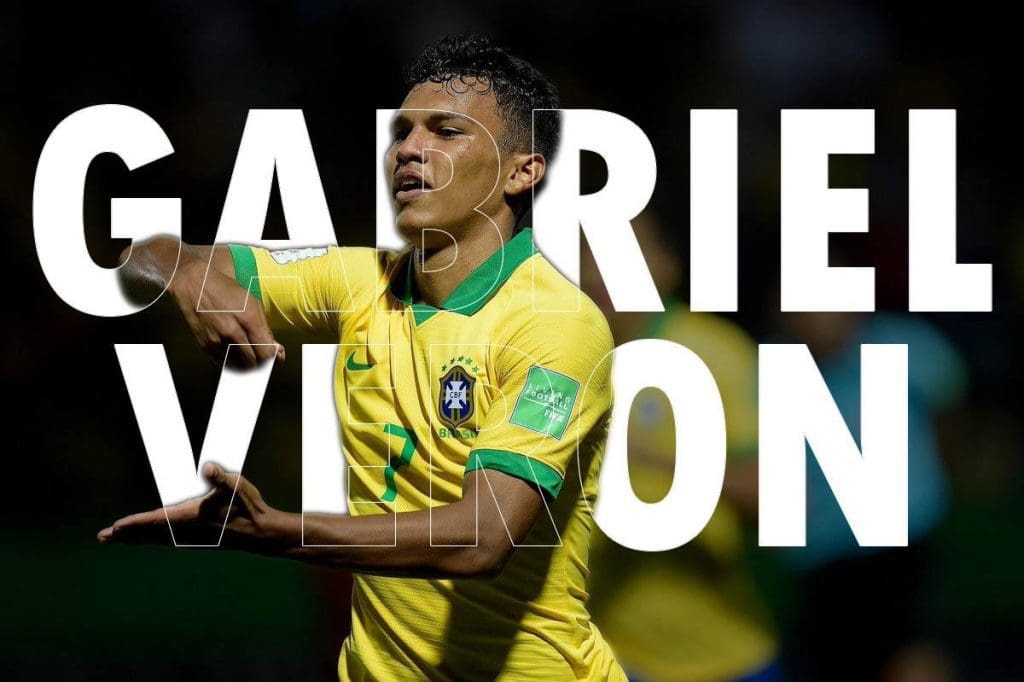 Born in Assu, Rio Grande do Norte, Gabriel Veron joined Palmeiras’ youth setup in 2017, from local side Santa Cruz de Natal, his home state club where his impressive displays and talent was discovered, which was enough to earn him an invitation to join Palmeiras’ U15 squad.

In June 2018, during an unofficial world championship for U17 sides, Veron was the top goal scorer and the best player of the Mundial de Clubes de La Comunidad de Madrid Sub-17, helping Palmeiras under-17 squad lift their first international trophy by beating Real Madrid in the final. 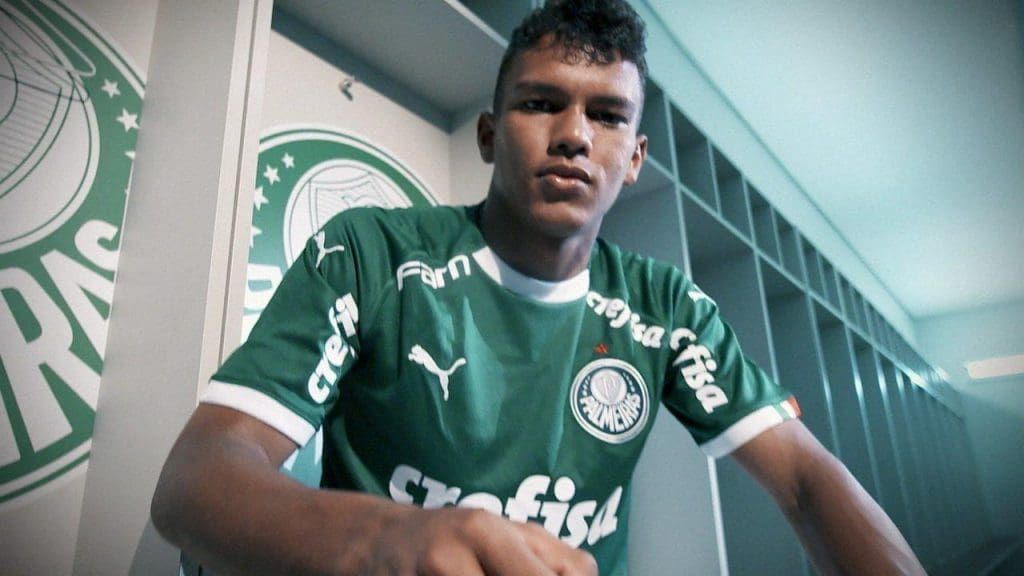 In November 2018, Veron signed his first professional deal with Palmeiras until 2021. Last year, he was reported to have agreed to a pre-contract until 2024, which will be active on his 18th birthday.

Veron made his professional and league debut on 28 November 2019, as a second-half substitute for Willian in a 1–0 away loss against Fluminense.

Veron became the second youngest player to score for the club on 5th December, after coming on in the second-half, scoring a brace and providing an assist to Dudu in a 5–1 home routing of Goiás.

Andrey Lopes, Palmeiras’ caretaker manager towards the end of last season, praised Veron and said: “He’s a boy with loads of quality, so it’s up to us to slowly give him space to play in the first team,”

“I’m sure he’ll provide much joy to our fans.” 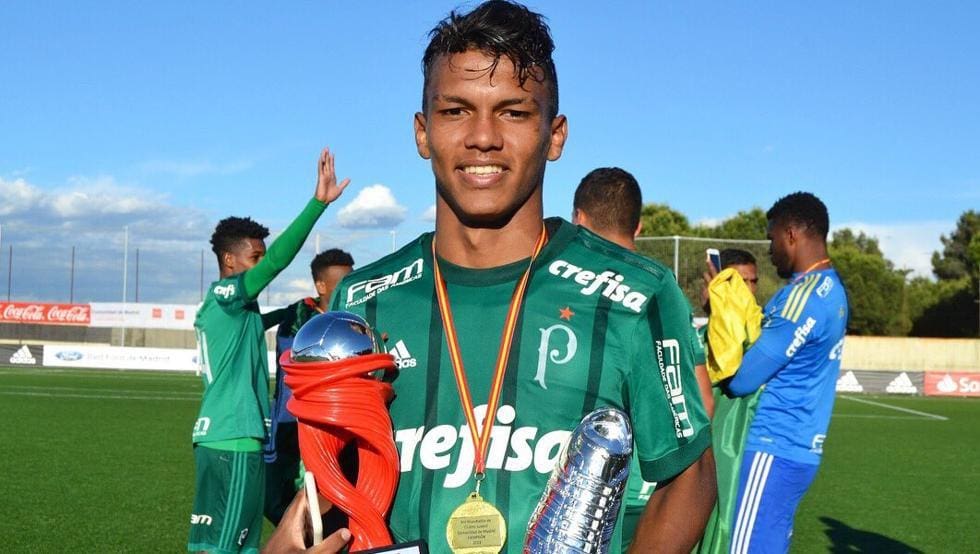 Veron was a core figure for his team during the competition, finding the net on three occasions and providing two assists, while also leading the way in terms of chances created from open play (18) and dribbles completed (22) during the tournament,
as his team became the eventual winner of the competition, beating Mexico 2-1 in the final at Estadio Bezerrao.

Brazil ended up lifting the trophy for the fourth time and Veron was subsequently awarded the Golden Ball (as the most outstanding performer during the competition). 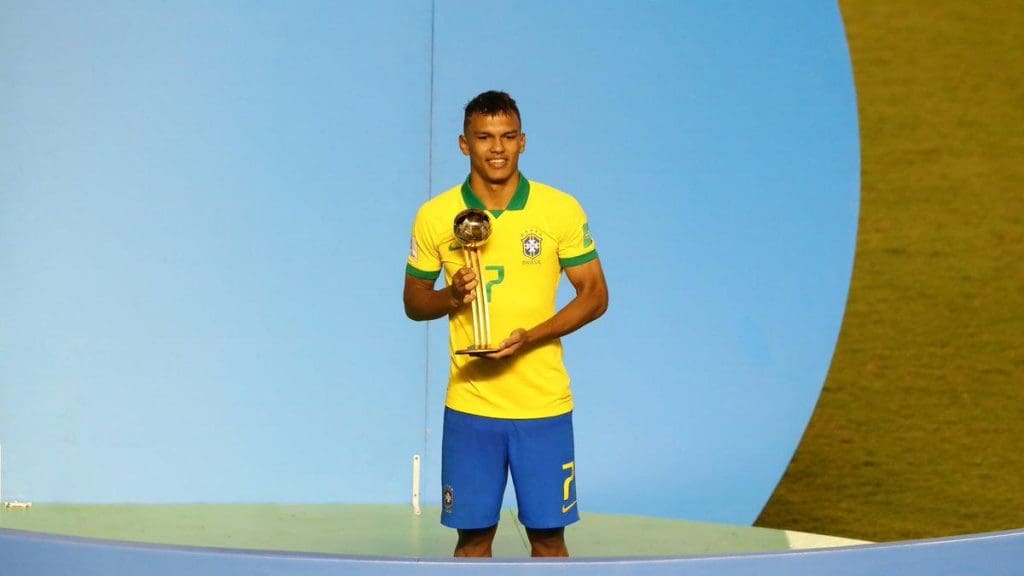 “I looked for more information about him and I was impressed once I saw him wearing the No.7 producing beautiful plays.

“I watched him score a goal dribbling from almost his own half before finding the net with a quality finish, calmly beating the opposition goalkeeper.” 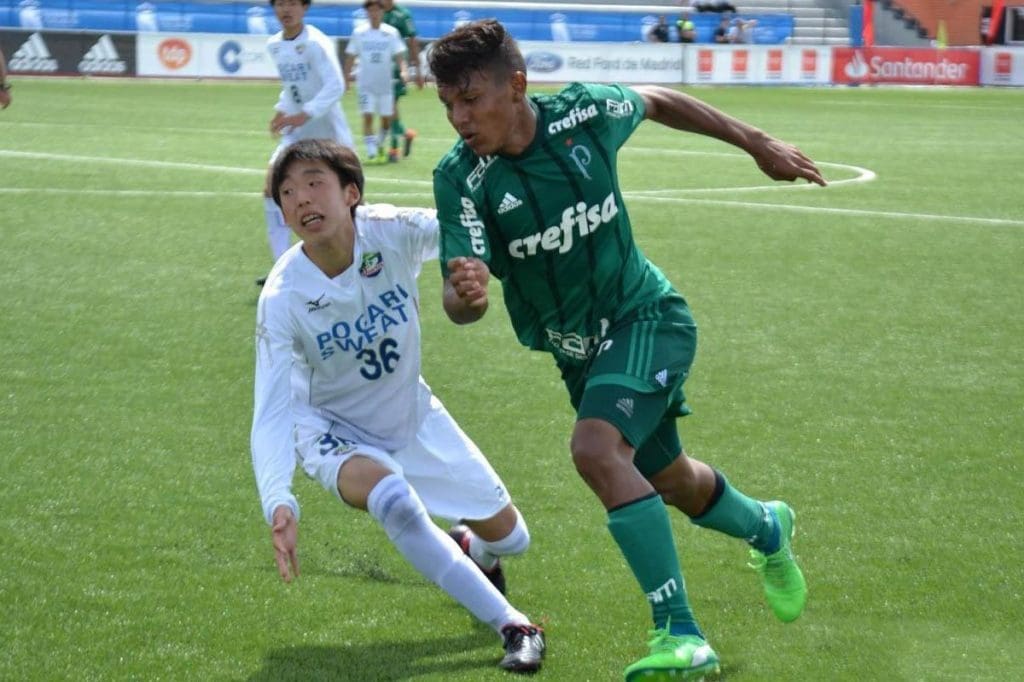 Veron is an offensive offensively skillful player and an astute dribbler, who is versatile enough to play either as a winger, supporting striker or as a centre forward.

He likes to find some space for himself to impose an attacking threat with intelligent movements and tricky off the ball movements. He’s a real threat while on counter due to his pace and vision to make intelligent quick pass. He’s said to have a tank full of energy who rarely get knock off the ball, due to his low centre of gravity and strength.

He’s dribbling, close control, finishing, balance, first touch and creativity makes him to be regarded as one of the most talented Palmeiras graduate since the emergence of former Palmeiras academy player and current Manchester City’s forward Gabriel Jesus.

Veron’s club and country’s display which has been a tour de force, as seen him been ranked at number 34 on Goal’s NxGn 2020 list of top footballers born on or after 1 January 2001. 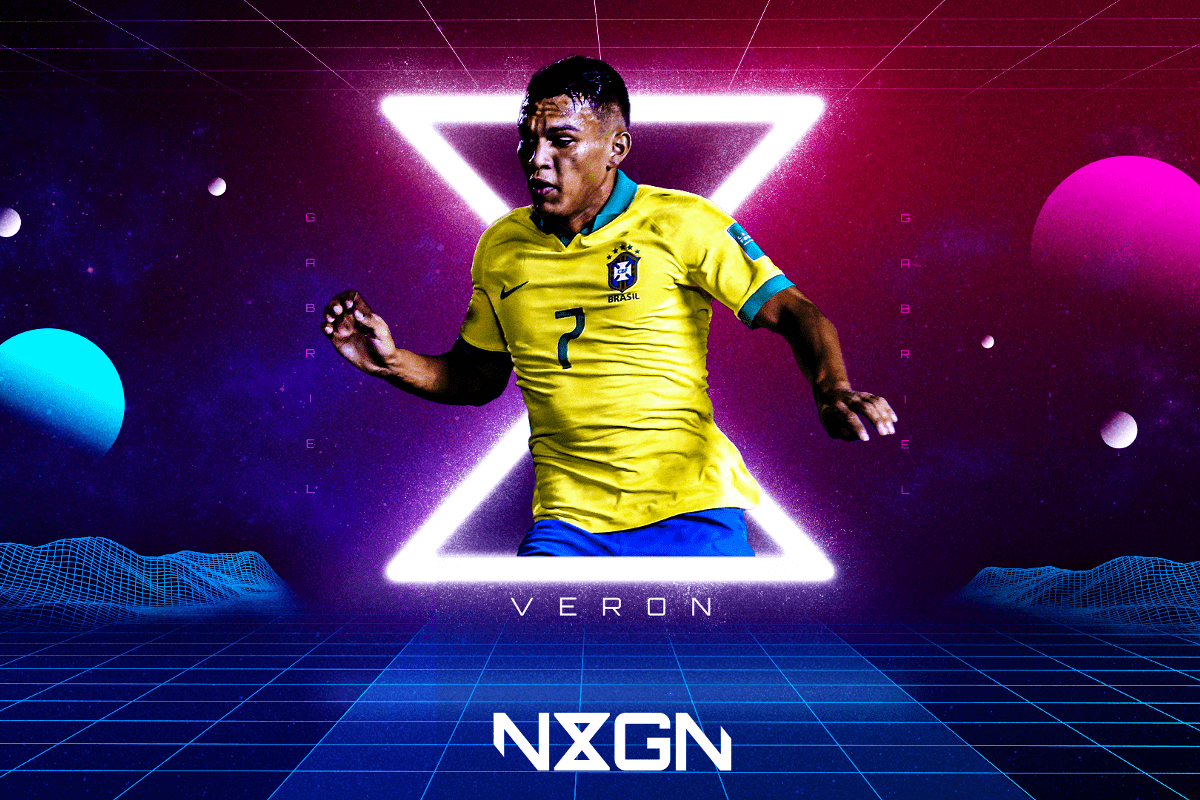 With Arsenal’s new technical director Edu Gasper who had worked closely with the Brazilian national team and several clubs in the league before joining Arsenal in their boardroom ranks, his network and connection would definitely benefit Arsenal in bringing another Brazilian to the club, as he had intelligently overseen the signings of Gabriel Martinelli from Ituano, David Luiz from Chelsea and Spanish international Pablo Mari from Flamengo.

WATCH: This is why Arsenal want to sign Gabriel Veron