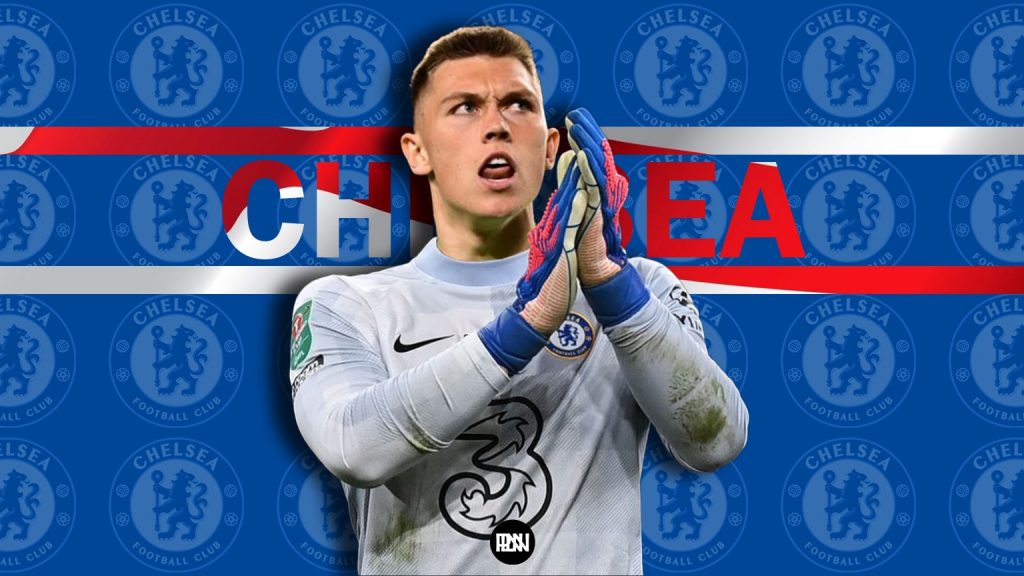 This is a big update as the goalkeeper was previously closing in on a move to current European champions Real Madrid after his agent had even confirmed that the two parties would come to an agreement.

‘We hope Chicago can find an agreement with Real Madrid to realize Gabriel’s dream of playing for Real. With respect to other clubs and other offers – you can’t say no to Real Madrid.’

The fee reportedly agreed between Chelsea and the Chicago based side is believed to be around €10m for the goalkeeper, who has not only represented the USMNT at the youth level on multiple occasions but also has been a part of a senior States camp as recently as December.

A LOOK INTO HIS BACKGROUND

Coming to August 4th, 2021, Gabriel Slonina made his first-team debut against New York City FC, becoming the youngest starting goalkeeper in league history at 17 years, 81 days. The game ended in a 0-0 draw with Gabriel becoming the youngest goalkeeper to record a clean sheet in MLS history in the process. Frank Klopas, the interim manager of Chicago Fire decided to promote the youngster as starting goalkeeper of the club, starting the final 11 matches of last season and the first seven games of this season.

Gabriel Slonina was born to Poland based parents which gave him the opportunity to represent Poland on the international stage with Polish senior team coach Czesław Michniewicz calling him up for their upcoming Nations League fixtures against Wales, Belgium and the Netherlands but the youngster declined the chance stating that,

“My heart is American. This country has given me and my family all the opportunities I could ask for. It’s pushed me and supported me through good and bad. I understand the privilege of wearing the badge, and the only time I’ll put my head down is to kiss it. America is home and that’s who I’m going to represent.”

Gaga ,as he is affectionately known as, Slonina stands at 6ft 4in which is already quite an advantage giving him a massive wingspan which means he can cover large parts of the goal without making any outstanding effort. An average football goalkeeper stands at 6ft 3in and Slonina is aged eighteen only and hasn’t grown into his body yet but he’s got this presence that plays a massive part in goalkeeping.

His positional sense is very impressive, given his age and inexperience. He is a good reader of angles and rarely is caught by surprise in the six-yard box. Slonina’s footwork, athleticism, and positional quality combine to create solid – albeit raw – shot-stopping technique. Goalkeepers hit their prime mostly in their late twenties and early/mid thirties and such raw ability means Gabriel can work on his that as an understudy to Mendy before eventually go on to take them gloves between the woodworks at the Bridge.

A COMPARISON WITH CURRENT CHELSEA’S NO.1

The American raw numbers are very impressive. Here we can compare Edou’s and Gabriel’s numbers. 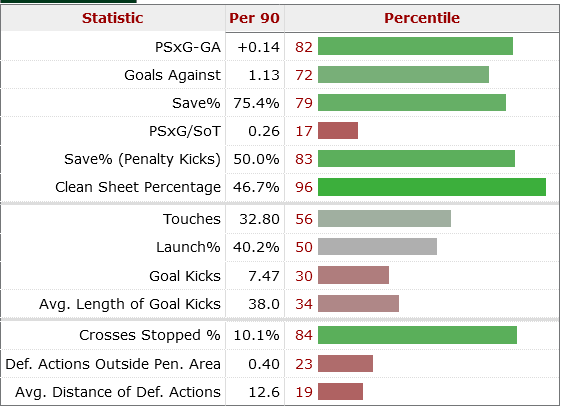 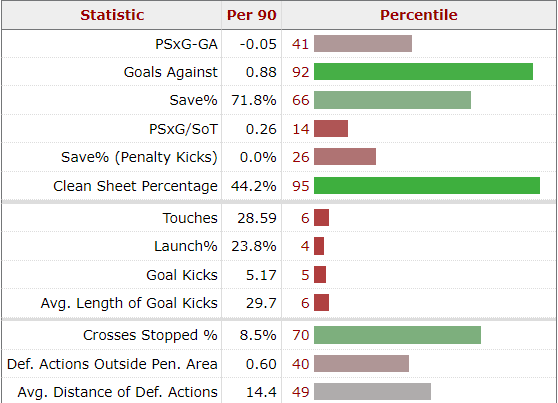 Gabriel Slonina’s numbers are based on a small sample size given he has only played 25 games in his professional career.

Edouard Mendy by his high standards set in his first season at Chelsea saw a bit of a dip in form in the second one.

We are clearly profiling two different types of goalkeepers here. Edouard has always been more of a shot-stopper while Gabriel is part of the modern breed of a goalkeeper who can play very well with the ball on their feet like Alison Becker, Ederson, and Aaron Ramsdale.

One of Edouard’s main problems has been distribution. Slonina’s numbers does suggests that he can solve this problem owing to the ability with the ball at his feet. He also completes 7 Long balls per match compared to the Senegalese shot-stopper’s 3.5 with greater distance covered and with better accuracy as well.

WHAT GABRIEL SLONINA NEEDS TO IMPROVE ON

Slonina likes to punch the ball while dealing with crosses but great goalkeepers master the art of catching the ball more than punching it. Catching the ball ends the opposition’s attacking plays while parrying often leads to more chances creation and hence more shots on goal to deal with. But considering his age and experience we expect him to figure this out as well.

HOW IS HE PERFORMING IN THE CURRENT MLS SEASON?

Taking the position between the woodworks at Chicago Fire, Gabriel Slonina has conceded 16 goals from an xG of 19.07 making 46 saves in the process in 11 matches. 75.4% already puts you among the top goalkeepers in Europe with players like Courtois who won the La Liga title with Real Madrid and had a 76.7% save rate while Mike Maignan helped Serie A giants AC Milan win their first title since Max Allegri won it had a save percentage of 81%.

Considering these are some of the best goalkeepers in Europe Gabriel is going on the right track and yes he might be in a league that is less developed than Europe’s top five leagues, we can hope to see that he might be able to reciprocate the same form in the Premier League as well.

He remains very poised which is unusual to see at age 18. Chicago Fire are no behemoth of American football but since winning the 2017 Supporters’ Shield they are not doing well. They are currently rock bottom in the overall MLS standings with just 11 points won out of a possible 42. So considering this a manager will lean towards experienced players to help him out but such is the impact that his teammates and coaches have quickly developed faith in him.

All in all, this will be a fantastic deal for the Blues, who will be looking to loan him out to Chicago for the rest of the season. Assuming Edou will play 4 to 5 more years at Chelsea, Slonina should be sent out to multiple loan spells in that which only improve and aid this development.

Chelsea have used this tactic before with a certain Thibaut Courtois when he was out on loan at Spanish giants Atletico Madrid while the Blues saw the rest of the prime years of Petr Cech out.

Here is Why Brighton want to sign Julio Enciso | Scout report
What’s next for Reiss Nelson?
To Top