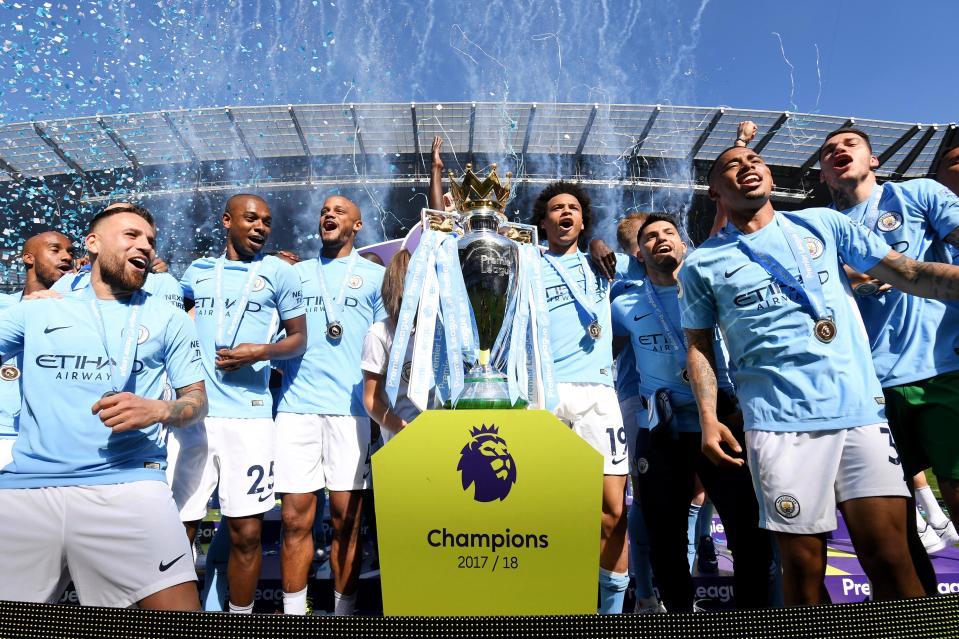 The last time a red shirt had owned the Premier League title was in 2013. Since then, it has been a Blue domination constructively by Manchester City, a few by Chelsea and one to Leicester City.

The Alex Ferguson Era seemed to be an end to glory for United which was beautifully encored by their City rivals. And this does not seem to end soon. Seems like, Pep Guardiola led City are up for the grasps on making history in whatever possible way they find one.

Last night, the derby defeat to City ensured that there is definitely something missing in “The United Way.” Manchester United gifted their arch-rivals a win for their money and hard work. If City wins the title again these year, it will be 6th consecutive time that a Blue jersey is kissing the title.

Manchester City have an ultra bright future with majority of their starlets still young and in the good side of 20’s. Apart from Kun Aguero, Fernandinho and Vincent Kompany all the starting XI of City are below and near 25 which assures a very good dimension to come.

In the seasons to come if the big six does not change their flaccid approach towards the title, the Premier League will become more predictable like Seria A and La Liga where only a team or two will fight fir glory with other teams being a mere spectator.