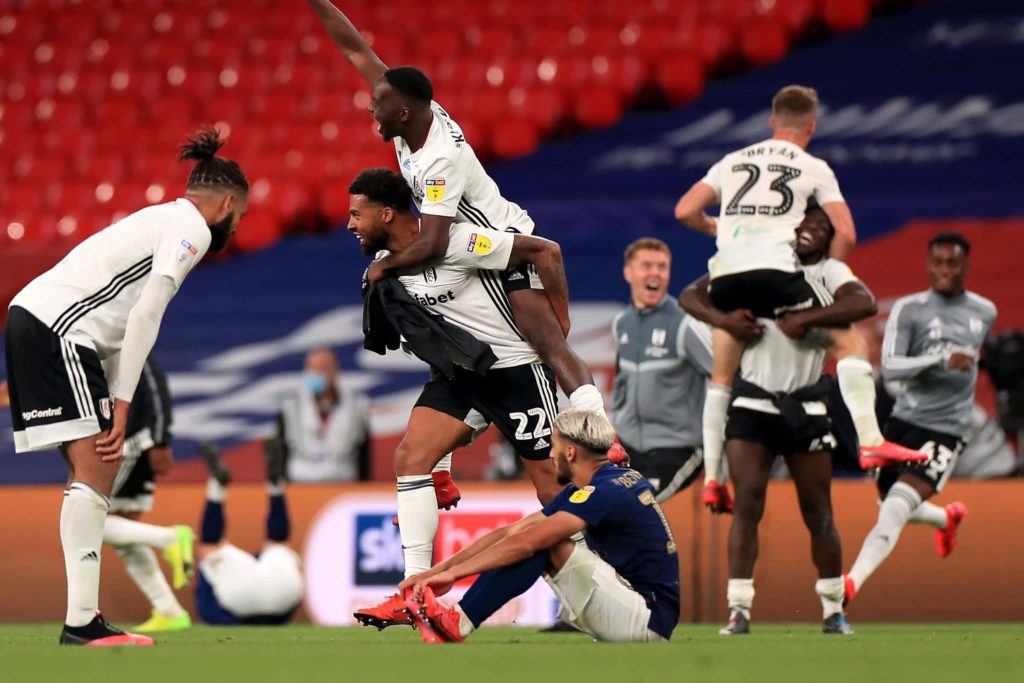 Fulham gained promotion back into the Premier League on Tuesday night after defeating Brentford in the play-off final at the Wembley Stadium.

The game which ended 2-1 saw Joe Bryan become the unlikely hero for Scott Parker’s side as his double was enough to power the Cottagers back into the English top-flight ahead of the 2020/21 campaign.

The left-back scored a remarkable 105th-minute free-kick at Wembley on Tuesday night to give his side the lead in extra time, having seen the match end 0-0 after 90 minutes.

There was no stopping Bryan in the dying minutes of the game as he grabbed his second of the night to ensure that Fulham are back to the Premier League after just a season away.

Brentford were hoping to end a 73-year wait to return to the top division, but suffered another heartbreak as they hopes were dashed by the London side.

Henrik Dalsgaard’s goal was more of a consolation for Thomas Frank’s side, who have now suffered a ninth defeat in play-off finals since being relegated from the top-flight.

Brentford stood to gain a reported £160million if they were to gain promotion. Fulham stand to earn slightly less at around £135m but a swift return to the Premier League will definitely bring a sigh of a relief.

The victory gives Fulham manger, Parker a first success of his fledgling managerial career having taken over his former club in February 2019.

Bryan would definitely earn the praise for his match defining moments but it is Parker who deserves much credit for keeping a cool head to secure a return to the Premier League football.

THE PERFECT END TO A WILD SEASON! 🏆 #FULFORCEpic.twitter.com/VcIsxJOt9Y

They join Leeds United and West Bromwich Albion who gained promotion after finishing first and second respectively in the 2019/20 Sky Bet Championship season.

The Premier League is set to kick start on the weekend of Saturday, September 12.