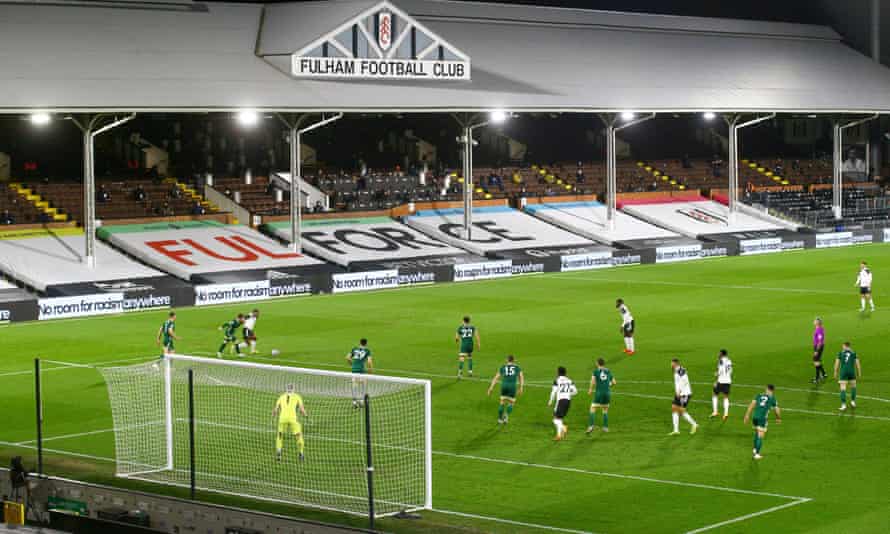 Fulham has been on somewhat of an upturn since the start of February, as the Cottagers have picked up 8 points out of their last 4 games, with notable wins over Everton & Sheffield united. In January it looked like the London side were destined for relegation into the Championship but due to their aforementioned wins and Newcastle United’s horrible form, it looks like Scott Parker & co could fight to stay in the Premier League for next season as well.

After their 0-2 loss to Leicester City on the 3rd of February, Fulham has not lost a single game. After the Leicester game, Fulham responded strongly against West Ham United, and although the Cottagers could not manage the 3 points, they held the lion’s share of possession and managed to have 20 shots in the game, albeit only 2 of them being on target. This must-have given Scott Parker a big boost as West Ham has been one of the better teams this season, and this performance must have given a lot of confidence to the players as well.

If the West Ham game was a hint of Fulham’s revival, they certainly made a statement against Everton as they won 0-2 away at Goodison Park, with Josh Maja scoring a brace, somebody Fulham brought into their ranks on deadline day and how glad were they that they did. Josh Maja, who was a product of Fulham as he played for the Fulham youth team as a 15-year-old. Now on loan to Fulham from Bordeaux, he is on a mission to show the London side that they should have never released him from their youth academy.

Another player who has also impressed in recent times is Ola Aina. The shift to a back 4 has benefitted the 24-year-old, as he scored a crucial away goal recently against Burnley at Turf Moor as the Cottagers secured a point, and Scott Parker would be very aware that every point matters in a relegation battle.

Another reason for Fulham’s revival has been their central defence in the form of Joachim Anderson and Tosin Adarabioyo as well as goalkeeper Alphonso Areola who has looked incredibly solid at the back and have conceded only 1 goal in their past 4 games. Fulham’s 1-0 win over the weekend, against fellow relegation battlers in Sheffield United was down to Fulham’s impenetrable defence and also down to Ademola Lookman’s feisty nature, as he took down the ball with his chest and shrugged off Ethan Ampadu in the process as he thrashed the ball into the back of the net.

Ademola Lookman has been Fulham’s key performer this season as the 23-year-old Englishman has contributed to 7 of Fulham’s 21 goals this season with his strike against Sheffield being his 4th for the season for the Cottagers. This win must be a big boost for Fulham, as they must now believe in themselves to overcome this relegation battle.

While Fulham has picked up 8 points out of their last 4 games, Newcastle United has only managed 3 points out of a possible 12, which has now shortened the gap between them and Fulham to only 3 points. In Newcastle’s defense, they have lost their top goal scorer in Callum Wilson to injury while they have also faced top 4 oppositions away from home in their last 2 games. Callum Wilson suffered what was described as a “devastating” hamstring injury as they beat Southampton 3-2 at home earlier this month.

This must be a big worrying sign for Steve Bruce, as Callum Wilson had been their talismanic figure this season, as he contributed to more than 55% of Newcastle’s goals this season, something that Steve Bruce will find incredibly hard to replace. Callum Wilson’s deputy in the form of Joelinton has been incredibly poor in front of the goal, as the Brazilian has only scored 1 goal this season in 19 appearances. This has led to Steve Bruce fielding Allan Saint-Maximin in a further striker role than his preferred left-wing position and this resulted in Saint-Maximin scoring a goal against Manchester United over the weekend, albeit Newcastle lost the game 3-1.

Newcastle has been horrendous at the back this season, as they have conceded 43 goals and Steve Bruce is running out of time to find answers to his penetrable backline.

It will only take one more loss from Newcastle’s end and a win from Fulham to turn the tables as Fulham also carry a better goal difference than Newcastle. Steve Bruce has been in relegation battles before and if Newcastle are to fend off Fulham and survive this relegation battle, it will take all of Steve Bruce’s experience and know-how to fight for a place in next year’s Premier League campaign.

How Fulham are Turning it Around?
How Aaron Cresswell has become crucial for this West Ham team
To Top