Fulham home kit for the 2021/22 season has allegedly leaked as per the reliable FootyHeadlines website. The website which is known for giving fans a view of their favourite club’s new kits before being released has come up with yet another leak and this time it is London-based club Fulham. The new Fulham kit which is sponsored by Adidas has a very classy design that is sure to be liked by not only the fans of the clubs but also all football fans. The first images that surfaced through the leak show a black pinstripe design on the white shirt which are Fulham’s traditional colours. Fulham have a sponsorship deal with BetVictor that was signed in September 2020 and the betting company’s logo features prominently in the middle of the shirt. It has a black collar and the traditional Adidas stripes are in black and are featured on the shoulder. The shirt has no other design and most fans were impressed with the design. Fulham fans took to social media to proclaim their love for the alleged new home kit. It certainly looks very good and is set to be paired with black shorts. FootyHeadlines also reported that template-wise, the new home jersey is based on the Adidas Condivo 21.

Fulham who are in languishing in the 18th position in the league are 2 points of safety and are set to be in a spicy relegation battle with Newcastle United & Brighton. Depending on how the rest of the season goes, Fulham could either be wearing their beautiful home kit in the Premier League or in the Championship next season. 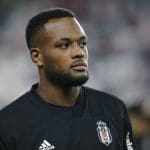 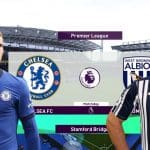 Chelsea vs West Bromwich Albion: Will Tuchel’s Blues continue their unbeaten run under the German?
Leave a comment