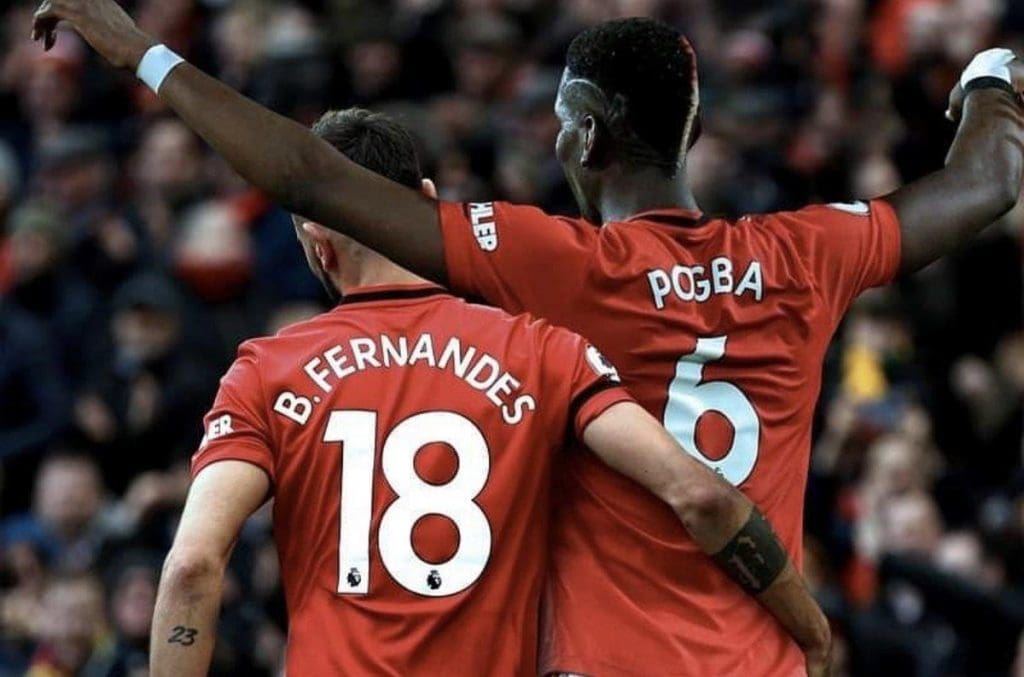 Former Chelsea defender Frank Leboeuf has said that Bruno Fernandes has shown Paul Pogba how to be a leader. The former world champion has said that Pogba could be a leader but he fails to lead by example like Bruno.

Paul Pogba returned to Old Trafford in a record-breaking deal but according to the ex-Chelsea defender he hasn’t lived up to ht expectations. Pogba has been in news for many wrong reasons and has been criticised for commitment to United.

Paul Pogba has barely played for Manchester United this season, spending most of the season on the sidelines with an ankle injury last year. He played just 7 games and is expected to be back once Premier League resumes.

Leboeuf told ESPN: “There is a frustration and it’s understandable when you have seen his performances.

“He started pretty well, he showed that he could be a leader but I think there is a lack of consistency in his game.

“No doubt that he is a fantastic player, he’s shown it at Juventus and at the beginning when he joined Manchester United.

“Since then there seem to be so many problems around him, around the club, or around his team-mates that in fact, we don’t see the Pogba we want to see with all the qualities that he has.

“Maybe he’s a leader in the dressing room but he doesn’t show that he can be a technical leader like Bruno Fernandes immediately showed to the crowd when he signed for Manchester United.”

However, Solskjaer said that both Pogba and Bruno can play together.

“Good players can always play together, so definitely, they can – it’s a big yes,” Ole told Sky Sports.