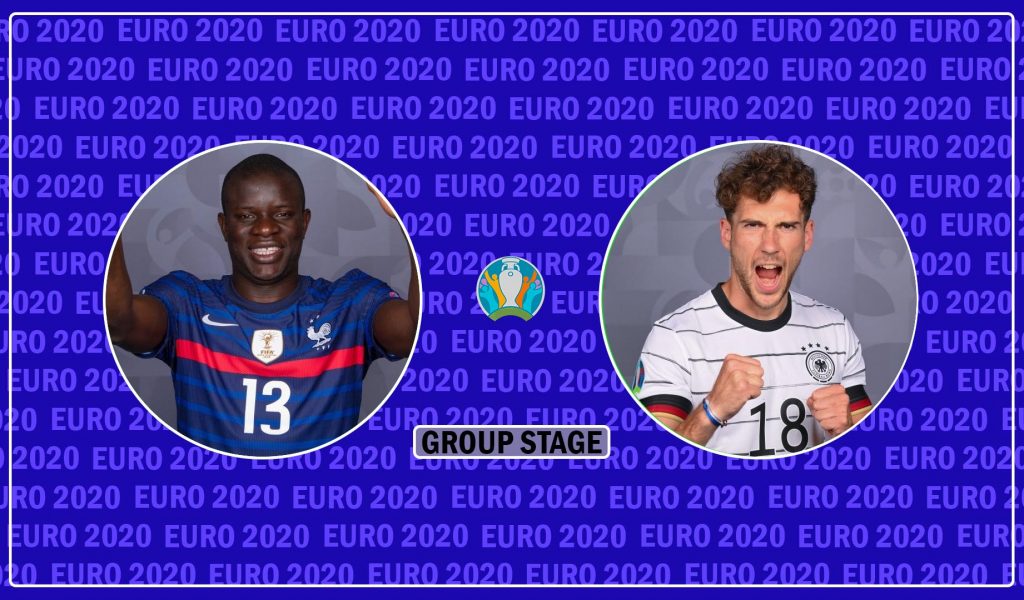 Didier Deschamps and Joachim Low will have their sides incredibly motivated for the first game, as the result in this game could set the pattern for the rest of the tournament.

LES BLEUS TO START OFF WITH A VICTORY?

In the three years since winning the World Cup, France have only gotten stronger, so much so that the likes of Houssem Aouar and Dayot Upamecano have not even been called up to the squad. Their depth is incredible, as is their starting lineup. The return of Karim Benzema is the cherry on the top as they now have two options going forward– an out and out center-forward in Karim Benzema or the reliable Olivier Giroud, who was crucial in France’s 2018 World Cup win.

Kylian Mbappe, if not before, is a world superstar now and will play as a second striker alongside Karim Benzema in the first game in France’s 4-3-1-2 formation. Antonie Griezmann will feature in the attacking midfield role as he will be a key player in linking up the attacks between the central midfield and the front two. Additionally, his movement and chemistry with Benzema and Mbappe will be a key element Deschamps might be planning to use to go through Germany’s defence.

In midfield, N’Golo Kante will sit in front of the back four while Paul Pogba will be given license to push forward and assist the attack. While Blaise Matuidi featured alongside the duo at the 2018 World Cup, it will be Corentin Tolisso who will play in the operator role to provide cover in midfield when Pogba pushes ahead. Adrien Rabiot has also been tried out in that position by Deschamps, but Tolisso has been a favourite in that position, and it is looking like the Bayern Munich man will start the game against Germany.

The back four will be similar to the one used by France at the 2018 World Cup as Lucas Hernandez and Benjamin Pavard will continue to operate as full-backs regardless of their defensive nature. The centre-back partnership will continue to feature Raphael Varane, but he will be partnered by Presnel Kimpembe instead of the injury-struck Samuel Umtiti. France were strong at the back in the 2018 FIFA World Cup and goalkeeper and captain Hugo Lloris will be looking to keep several more clean sheets at this year’s tournament.

Karim Benzema, who had a ‘dead leg’ issue in the warm-up game against Bulgaria will be fit for the game on Tuesday night against Germany.

FRANCE PLAYER TO WATCH OUT FOR:

If there was one man who could turn the tables on a day like this, it would be Kylian Mbappe, who has gone from strength to strength since he guided his side to a World Cup victory in 2018. While Mbappe has a shot at winning the Golden Boot at this tournament, his primary goal would be to use his pace to cause problems behind the opposition backline, and against Germany, the Frenchman can cause all sorts of issues against a relatively slow German defence.

If bowing out to France at the 2016 Euros semi-finals was not heartbreaking enough for the Germans, going out in the group stage of the 2018 World Cup surely meant that Germany have hit rock-bottom. However, the only way now is upwards, and Joachim Low is confident that his squad have the quality to defeat heavyweights France in their opening game of the tournament.

Captain and goalkeeper Manuel Neuer will be the driving force from the back again, and he will be wary of the threat France can cause to his backline. Joachim Low will prefer a back three against France featuring Antonio Rudiger, Matthias Ginter, and Mats Hummels.

The back 3 facilitates Germany to play wing-backs, and they have a lot of quality in that area. Joshua Kimmich and Robin Gosens are supreme full-backs who can provide enough defensive cover while also bombard down the wings to deliver crosses into the box.

The midfield pivot will include Toni Kroos and Ilkay Gundogan, who are not just incredible passers of the ball but know when to hold the ball and when to progress it up the pitch. The front three will feature a false nine in Thomas Muller, while Serge Gnabry will try to make overlapping runs on the left-wing. On the right-wing, Kai Havertz, who started Germany’s game against Austria in the second warm-up game, could start again at the expense of Leroy Sane. Havertz has the experience of playing in this formation at Chelsea under another German manager in Thomas Tuchel.

Joachim Low will also have the advantage of using the pace of Timo Werner and Leroy Sane from the bench as it could turn out to be Germany’s not-so-secret weapon in the last half an hour of the game.

Germany’s box-to-box midfielder Leon Goretzka is returning to match fitness after a muscle injury but will be unavailable for selection for the game against France.

GERMANY PLAYER TO WATCH OUT FOR:

The current German lineup lacks a central defensive midfielder who can protect the backline effectively. Thus, all eyes will be on Toni Kross as he has previously managed to pull through for Germany in such cases and has stabilized the midfield due to his technical nous and his ball-playing abilities. Kroos was probably the best player for Germany during their lacklustre journey at the 2018 World Cup, and the German will be keen to repeat his performances this year, and a statement performance against favourties France will go a long way in doing so. 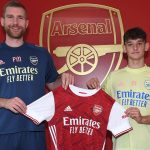 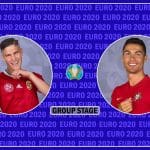