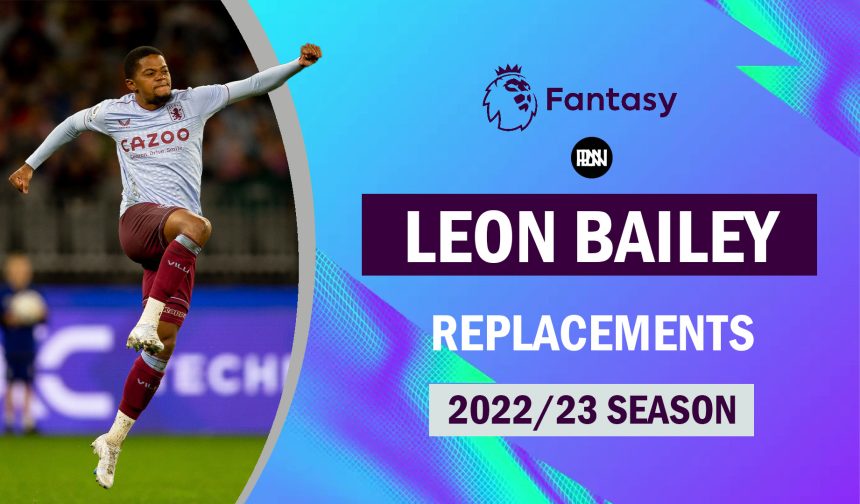 The GW 2 of the new Premier League season did not disappoint as there was exciting football action all over the country. The FPL managers, meanwhile, arguably experienced both hits and misses. Fantasy Premier League popular assets like Salah and Haaland failed to explode onto the scene, but some differentials made their mark during this week’s games.

Speaking of popular assets, Aston Villa’s Leon Bailey was heavily owned ahead of the season opener. He had an incredible preseason and started the first game as well. However, things have certainly gone downhill since then as he blanked against Bournemouth and was subsequently benched the following game.

With Emi Buendia showing promising signs, FPL managers are undoubtedly looking at different solutions at his price point. So, here is a guide on the players who can take Bailey’s place on your team:

Although his price is higher than Leon Bailey’s, Rodrigo could prove to be a set and forget player. The signs are promising as he has already scored 3 goals in 2 games. With Bamford slowly returning to full fitness, the Spaniard is taking United’s attacking throne after a solid pre-season under his belt.

He was on the scoresheet 5 times in 5 games, including a hat-trick against Cagliari during the friendlies. After a 67-minute appearance against Wolves, Rodrigo played the full 90 minutes against Southampton – and showed poacher’s instincts in both his goals.

The stats also back his impressive purple patch as only 5 players have bettered his xG (1.55). After a tough game against Chelsea, Leeds have four relatively easier matches (Brighton, Everton, Brentford, and Nottingham Forest). Hence, Rodrigo could well be a long-term asset to your team.

If you do not have the budget to bring in Rodrigo, Leicester’s very own Dewsbury Hall might be the one you can punt on. Owned by just 2.4 percent of the managers in the game, he could serve as a differential at a cheap price.

Dewsbury-Hall scored a brilliant goal in the opening week against Brentford and is currently undroppable from Brendan Rodgers’ side. Playing mostly from the left of Leicester’s 3-man midfield, he is taking up attacking positions and has been given the freedom to make runs into the box.

Moreover, he has improved his ability in terms of long-range shooting as seen by his goal against the Bees. Dewsbury-Hall could be the perfect cheap enabler on your side who can seamlessly replace Bailey.

Just 2 games into the season, Pedro Neto has been Wolves’ go-to man in attack. The Portuguese international suffered a horrific injury that kept him out for most of last season but has returned with a bang. Although he is yet to get off the mark, he scored two goals during Wolves’ pre-season matches and is constantly getting into good positions in and around the box.

He is already owned by over 14 percent of managers and if you have half a million in your bank, Neto is arguably the player to buy. Bruno Lage’s men have struggled to create chances, but he has always looked positive with the ball at his feet, driving forward whenever he has the opportunity.

Following their GW 3 fixture against Tottenham Hotspur, Wolves have three winnable fixtures against Newcastle United, AFC Bournemouth, and Southampton. Neto could arguably shine in these fixtures and score some valuable points.

Josh Dasilva, like Neto, suffered an injury that kept him out of Brentford’s starting 11 last season. However, with Christian Eriksen moving to Manchester United, a midfield spot has opened up and Dasilva has taken the opportunity with both hands.

The former Arsenal youth player had luck on his side when he scored against Manchester United as David de Gea made a catastrophic error. However, his goal against Leicester City in GW1 was a thing of beauty as he continues to impress the Brentford faithful.

With that being said, both his goals accounted for low xG (0.03 v Leicester, 0.02 v Manchester United) as he prefers taking long-range shots. He was, nevertheless, a crucial contributor during Brentford’s promotion season as he scored 10 and assisted 4.

His price is an attractive point, as FPL managers can potentially upgrade other areas of the team. They play Fulham, Everton, Crystal Palace, Leeds, and Southampton in the next five games, so Dasilva is a bargain for the short term and could easily slot in your bench as a rotation option. 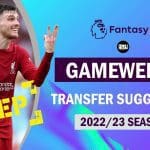