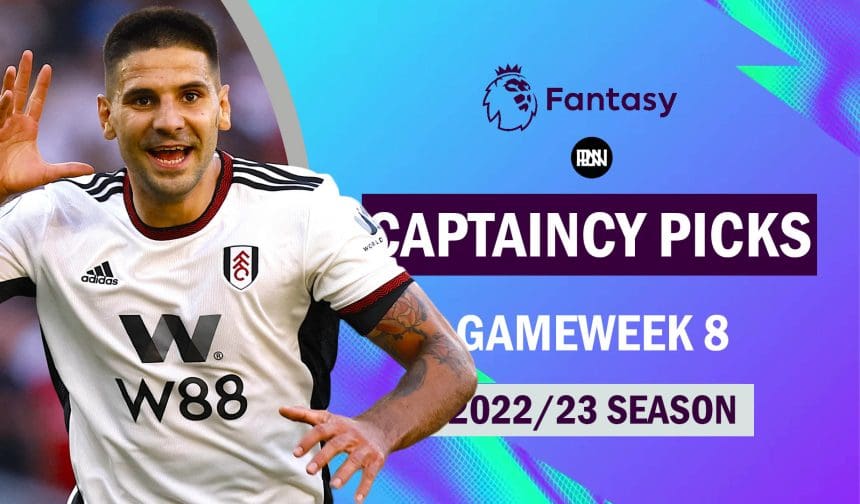 Following an unprecedented weekend last time around, we turn our attention to gameweek 8 as FPL managers look to bolster their prospects considering a disrupted period this weekend. With a number of games postponed alongside a handful of fixtures expected to remain on schedule, Fantasy Premier League managers continue contemplating utilising the wildcard while focusing on maximising their chances of moving up the ranks over the coming weeks.

Given that several differentials have outperformed the premiums hitherto, the weekend’s captaincy choice takes precedence, with several regular candidates for the armband unexpected to feature owing to fixture postponements. Moreover, with the captaincy debate having gained traction following consistent performances from several FPL assets in recent weeks, managers will be keen on making up points through the pick for the armband this weekend.

With many FPL managers expected to play the wildcard owing to fixture postponements this weekend, the debate around the armband is set to grow all the more intriguing before the game week’s deadline. Hence, in this article, we take a look at potential captaincy picks likely to deliver fruitful returns this GW, with several candidates proven to be reliable performers in recent outings.

Amongst the coveted assets this season, Mitrovic continues to garner attention from FPL managers, with the Serbian striker having proven to be a reliable forward hitherto. Having contributed six goals in the league this season, Mitrovic is expected to continue remaining the focal point of Fulham’s attack, with the Cottagers moving into a favourable run of fixtures over the coming weeks.

Registering a commendable number of expected goals (0.80xG) per 90 minutes hitherto, the Serbian establishes himself as a reliable goal-scoring forward moving into a congested run of fixtures. Moreover, having found the back of the net in five of the last six game-weeks, Mitrovic has proven to be a fixture-proof asset, with the forward having scored against three of the top-six sides faced hitherto.

Facing a Nottingham Forest side yet to keep secure a victory and keep a clean sheet in four games ahead of the weekend’s fixture, Fulham emerge as favourites for the three points on Friday. Expected to deliver decent returns provided the Cottagers deliver a commendable performance, Mitrovic emerges the likeliest of Fulham’s assets to provide FPL points this weekend.

Having emerged as a tempting prospect owing to Newcastle’s steady performances in recent weeks, Isak is likely to improve on his goal contributions, with the Magpies moving into a favourable run of fixtures over the coming weeks. Although having netted only a solitary goal in two league appearances hitherto, the Swedish international establishes himself as a notable asset considering his recent performances.

Accounting for the second-highest number of expected goals (0.72xG) per 90 minutes amongst teammates hitherto, Isak emerges as a steady performer likely to improve on his returns, starting this weekend. Expected to remain a regular in the starting line-up, the striker registers himself as a prolific forward, having delivered notable performances across both league appearances in recent weeks.

Hosting a Bournemouth side having earned four points from their last two outings, Newcastle will be keen on avoiding an underwhelming result this weekend. Although having secured only one victory in six game-weeks this season, the Magpies will be hoping to capitalise on their home advantage, with Isak emerging as the likeliest of players to deliver attacking returns this game-week.

Amongst the tempting forwards this season, Toney emerges as a coveted asset, with the striker having delivered notable returns in recent weeks. Having scored a hat-trick in his previous outing, the Brentford talisman establishes himself as a reliable forward ahead of the weekend tie against Arsenal.

Accounting for five goals and two assists in the league this season, Toney emerges as the likeliest of Brentford’s assets to register attacking returns this weekend. Registering a commendable number of expected goals (0.44xG) per 90 minutes amongst teammates hitherto the forward remains key to Brentford’s attacking prowess on the pitch.

Moreover, having contributed with the highest number of shot-creating actions (19) at the club across the six game-weeks, Toney has proven himself capable of delivering assists alongside establishing himself as a potent goal-scorer in recent outings. Facing an Arsenal side yet to keep a clean sheet in three games ahead of the tie, Toney will be keen on capitalising on the Gunners’ vulnerabilities in defence this Sunday.

The obvious captaincy pick for the weekend’s fixtures, Haaland is expected to continue finding the back of the net for Manchester City, with the forward likely to emerge as the player capable of delivering substantial returns this weekend. Having scored eight goals in his last four outings, the Norwegian striker remains the most coveted asset moving into game-week 8.

Registering a phenomenal number of expected goals (1.37xG) per 90 minutes hitherto, Haaland has proven to be clinical and consistent in delivering attacking returns on the pitch. Having already hit doubles figures for goals scored (10), the Norwegian international is likely to find the back of the net against Wolves on Saturday. Moreover, with City having scored the highest number of goals (20) in the league hitherto, Haaland emerges as the likeliest of assets to deliver favourable returns in game-week 8.

Facing a Wolves side notorious for keeping clean sheets, City will be keen on securing three points this weekend. Although unlikely to culminate into a goal-scoring fest, Haaland is expected to remain the primary contributor to City’s goal-scoring prospects at the Molineux on Saturday. 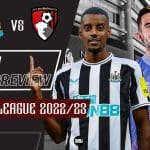