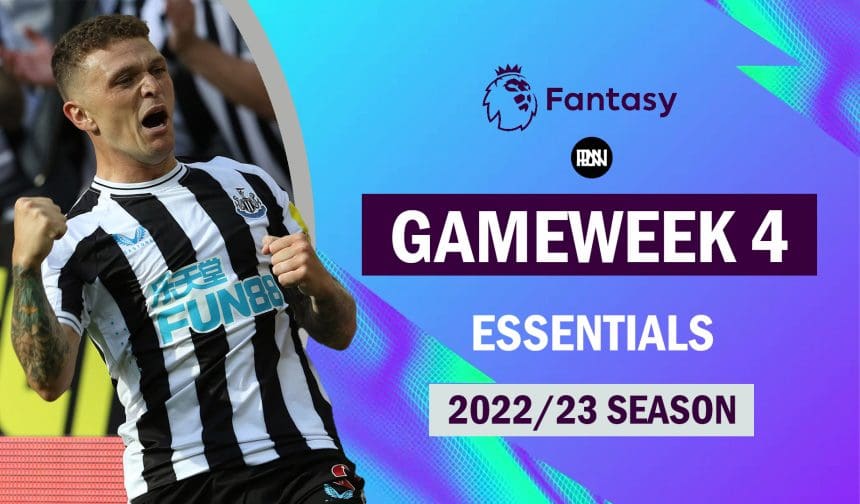 Following a testing gameweek 3, we shift our attention to the upcoming weekend as FPL managers look to alter the make-up of their squad moving forward. With the differentials having outscored numerous premiums over the weekend, Fantasy Premier League managers will be keen on making the best use of their transfers, with assets likely to deliver favourable returns over the immediate future.

Whilst the majority of differential assets significantly outscored the premium options in GW3, FPL managers will be keen on capitalising on those having performed consistently; relative to their fixture list ahead of the weekend.

With several FPL assets expected to deliver favourable returns moving into a congested run of fixtures, in this article, we take a look at assets most likely to register consistent returns over the coming game weeks whilst also listing players expected to improve on their returns moving forward.

Having returned in each of the three games hitherto, Tripper emerges amongst the reliable picks within his price bracket ahead of game-week 4. With Newcastle United yet to lose a game this season, the right-back remains amongst the Magpies’ most tempting assets moving forward.

Accounting for two clean sheets and a goal across the three games, Tripper emerges amongst Newcastle’s creative outlets, registering the second-highest number of passes completed (8) into the 18-yard-box alongside ranking fourth for shot-creating actions (7) amongst teammates hitherto. Moreover, being the team’s primary set-piece taker, the right-back remains a reliable outlet for points over the coming weeks.

Facing a defensively stubborn Wolves side, Newcastle will be looking to avoid a disappointing result. Provided the Magpies build on their promising result against Manchester City last weekend, Trippier is likely to deliver a decent at the weekend.

The highest-scoring FPL asset (35 pts.) hitherto, Rodrigo remains the most coveted asset ahead of the weekend’s fixtures. Expected to continue his impressive goal-scoring form moving into a favourable run of fixtures, the Spaniard will remain pivotal to Leeds United’s prospects over the coming weeks.

With the striker having impressed across the three games played, Rodrigo is expected to remain a regular in the starting line-up for the immediate future. Despite a healthy number of options to pick from across Leeds’ midfield department, the Spaniard remains the pick of the roster moving into game-week four.

Arguably, the most impressive budget pick alongside Rodrigo, the Brazilian winger is set to remain a coveted asset for the immediate future. Having nailed down a starting spot, Martinelli is expected to deliver notable returns over the coming weeks with Arsenal moving into a favourable run of fixtures.

Registering two goals and an assist across the three games hitherto, the youngster establishes himself among the consistent midfield assets. Martinelli ranks third for expected goals (0.41xG) and fourth for expected assists (0.21xA). per 90, amongst teammates. Additionally, the Brazilian also registers the fourth-highest number of passes completed (4) into the 18-yard-box alongside ranking the same for shot-creating actions (8) amongst teammates, hitherto.

Hosting a competitive Fulham side this weekend, Arsenal will be looking to maintain their unbeaten run this weekend. With Martinelli having delivered significant goal-contributions this season, the youngster is likely to produce an attacking return provided the Gunners display a dominant performance at the Emirates on Saturday.

The joint-highest scoring forward asset (25 pts.) alongside Arsenal’s Gabriel Jesus (£8.2m), Ivan Toney remains a tempting prospect for FPL managers looking to maximise the forward position ahead of game-week four. Having delivered returns in each of the three games played, the striker is likely to continue producing attacking returns considering Brentford’s exciting run of fixtures over the coming weeks.

Registering the second-highest number of expected goals (0.30xG) and assists (0.47xA) per game amongst teammates hitherto, Toney establishes himself as a reliable goal-contributor for those looking to bolster their attacking options moving forward. Moreover, the striker tops the chart for shot-creating actions (9) and ranks second for goal-creating actions (2), having accounted for two goals and the same number of assists across the three games.

Facing an Everton side yet to secure a victory this season, Brentford head in as favourites for the three points on Saturday. Having been the team’s primary goal-scoring outlet on the pitch, Toney is expected to find himself amongst the goals provided the Bees deliver a compelling performance at the weekend.

Having delivered decent returns despite Liverpool’s poor start to the season, Salah remains an essential pick moving into a congested run of fixtures. Expected to start a majority of the games for the Reds over the immediate future, the Egyptian winger is likely to significantly improve on his attacking returns moving forward.

Accounting for two goals and an assist in the three games played hitherto, Salah registers the fourth-highest number of expected goals (0.31xG) and second-highest number of expected assists (0.36xA) per 90 minutes amongst teammates. Additionally, the Egyptian international tops the chart for carries (7) into the 18-yard-box whilst ranking second for passes completed (10) into the same area alongside ranking the same for shot-creating actions (13) amongst teammates, hitherto.

Facing a Bournemouth side having conceded the third-joint highest number of goals (7) in the league, hitherto, Liverpool will be keen on bouncing back with an emphatic victory at the weekend. Expected to be captained by a bulk of FPL managers, Salah remains the likeliest of Liverpool’s assets to deliver a significant return in gameweek 4. 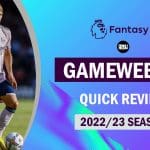 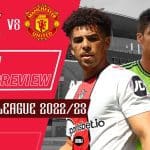