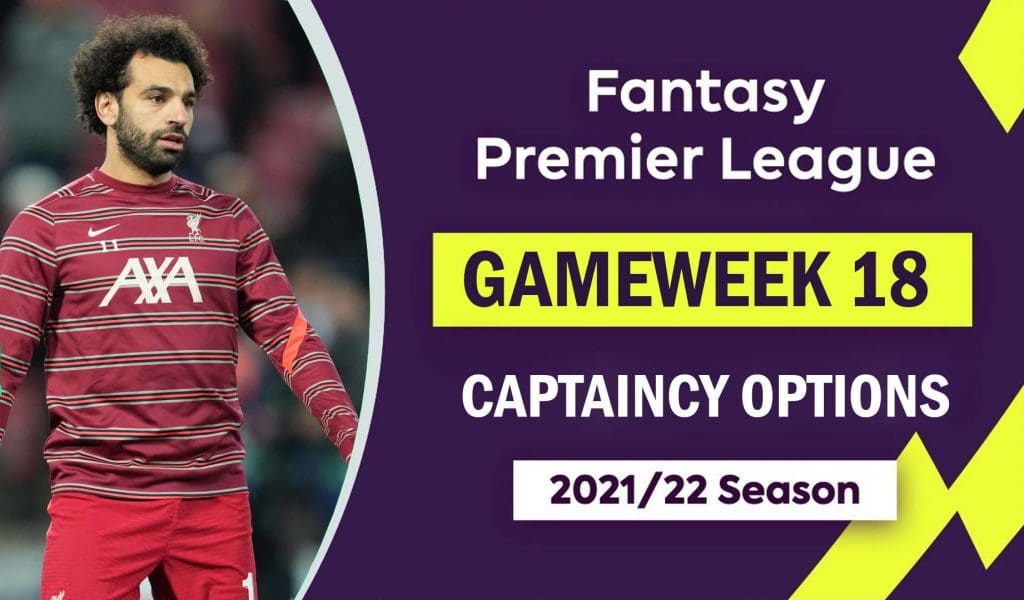 Following a disruptive gameweek that saw multiple clubs seek postponements owing to an ominous rise in Covid-19 cases across their staff and players, we shift our attention to gameweek 18 amidst palpable fear of another suspension during the Christmas period. While the unfavourable postponements certainly added to the intrigue around FPL, it was the dependable assets who seemingly rescued an otherwise unpalatable game week for numerous managers.

Having now blanked in only one of the 18 fixtures played hitherto, Mohamed Salah, yet again, proved his mettle, scoring his 15th league goal of the season against Newcastle on Thursday. Additionally, a remarkable display by Manchester City saw the league leaders stamp their authority against Leeds United, with Kevin De Bruyne (£11.8mn), Riyad Mahrez (£8.6mn), and Phil Foden (£8.0mn) emerging as the stand-out performers in their 7-0 victory on Wednesday.

With postponements likely to increase amidst Fantasy Premier League managers re-strategizing for upcoming game-weeks, the captaincy emerges as a critical factor in making up absentees over the busy period of fixtures. With several premiums into a favourable set of ties, the differentials could potentially establish themselves as vital options moving forward. Hence, in this article, we take a look at three assets most likely to deliver significant returns whilst remaining a consistent starter, wearing the armband, moving forward.

Expected to retain his place following his one-game suspension, Cancelo emerges as a tempting prospect for the armband this weekend. The full-back is City’s highest-scoring (91) FPL asset this season, and he is expected to increase his tally over the coming fixtures.

Although the Portuguese is yet to find the back of the net, Cancelo has registered five assists in addition to his remarkable nine clean sheets this season. Additionally, the full-back has completed the highest number of passes into the final third (130) and into the 18-yard-box (46) whilst ranking third for short-creating actions (48) amongst his teammates this season. Further, Cancelo also boasts the second-highest number of expected goals (4.5xG) and leads the chart for expected assists (3.5xA) at the club.

Facing a Newcastle side struggling to keep clean sheets this season, City are expected to secure a comprehensive victory this weekend. Provided Cancelo produces an impressive performance against the Magpies, the full-back is more than capable of delivering a double-digit haul on Sunday.

A remarkable outing saw Phil Foden contribute a goal and an assist as Manchester City netted seven goals past Leeds United on Wednesday. Leading the table ahead of a favourable run of fixtures, Foden is expected to increase his attacking contributions over the coming weeks.

Although the youngster missed a brief period of games owing to his injury, Foden is expected to reclaim his starting spot over the coming weeks. The midfielder ranks second for expected goals (0.50xG) and assists (0.39xA) per game while standing third for carries into the 18-yard-box (22) amongst his teammates this season.

Facing a struggling Newcastle side this weekend, City are expected to extend their lead ahead of the Christmas period. With the team in need of remaining consistent and securing positive results, Foden is likely to remain a regular starter, thus, increasing his prospects of delivering his second substantial return on the bounce this weekend.

The undisputed essential of the season, Salah registered his 15th consecutive return against Newcastle on Thursday. Expected to remain the foremost captaincy pick moving forward, Salah remains the obvious option for the armband this weekend.

Facing a Spurs side having endured two postponements already, Liverpool head in as overwhelming favourites for the victory this weekend. With the Reds in need of avoiding any hiccups in the race for the title, Salah will, once again, be relied upon to deliver a significant contribution ahead of a decent run of fixtures over the Christmas period.