After a rollercoaster ride last weekend, we turn our attention to Premier League gameweek 16 as FPL managers prepare their teams ahead of a demanding Christmas period. Amongst the premiums, Mohamed Salah (£13.1mn), once again, remained consistent, while the likes of Harry Kane (£12.2mn) and Cristiano Ronaldo (£12.3mn), amongst others, failed to make the most of their opportunities. In addition, differentials across the midfield and backline added to their appeal, with the likes of Mason Mount (£7.5mn), Ben Davies (£4.4mn), and Ezri Konsa (£4.9mn), among others, producing appealing returns ahead of a favourable set of fixtures.

With several premiums struggling to provide consistent returns the captaincy role is likely to emerge as a determining factor over the coming month. You can see what fans are saying on a sports betting forum. You can find deals, picks, and bettors talk on all the trending topics. You can even find odds and articles if you’re looking to stay up to date before key fixtures. Given the variety of players, it is vital Fantasy Premier League managers remain accurate in their picks whilst being aggressive in handing over the armband during a favorable for several assets. Hence, in this article, we take a look at three players most suitable for the armband this weekend whilst predicting their appealing potential ahead of a relentless period of fixtures.

Heading on the back of consecutive double-digit hauls, Mount emerges as the likeliest of Chelsea’s assets to deliver an attacking return this weekend. The midfielder has netted five goals and registered the same number of assists in the league hitherto, and could potentially improve his tally against a boisterous Leeds side at Elland Road.

Having registered four goal contributions in his last two league outings, Mount remains the Blues’ most in-form attacker heading into the weekend. Although been reduced to a squad role in recent weeks, the Englishman has made an impactful comeback and is unlikely to be dropped anytime soon. The midfielder is Chelsea’s highest goal-scorer (5) whilst he also leads the charts for expected assists (0.38xA) per game. In addition, Mount also ranks top for passes completed into the 18-yard-box (19) and accounts for the second-highest number of shot-creating actions (32) at the club in the league campaign.

Amongst the foremost differential options for the armband this weekend, Mount is expected to have a major contribution in improving Chelsea’s results over the coming weeks. Provided the Blues display a dominant performance, Mount remains the likeliest to deliver an attacking return this weekend.

Facing a defensively precarious Newcastle United, Vardy emerges amongst the premium assets expected to deliver substantial returns this weekend. Having already scored nine goals and registered an assist, the striker will be hoping to remain fit and contribute to Leicester City’s results over the coming month.

Undeniably the Foxes’ most potent attacker, Vardy is currently the team’s highest goal-scorer and ranks third for shot-creating actions (25) at the club this season. Additionally, the striker also ranks third (0.60) for goals/shots on target amongst his teammates. Provided Vardy produces a remarkable performance, the striker is one of only two premium forwards likely to deliver substantial returns this weekend.

With no doubt over his involvement against Norwich City, Ronaldo will be keen on improving his consistency over the coming weeks. The Portuguese international is United’s top goal-scorer across all competition and will be hoping to improve his goal tally ahead of a favourable set of fixtures.

Given the Red Devils’ newfound invigorating approach under the new manager, Ronaldo remains the likeliest of players to benefit over the remainder of the campaign. Provided United improve on their revitalizing display against Palace, Ronaldo will be keen on registering his name on the score-sheet on Saturday. 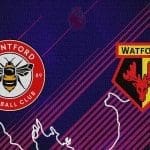 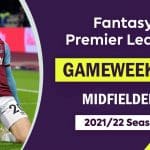