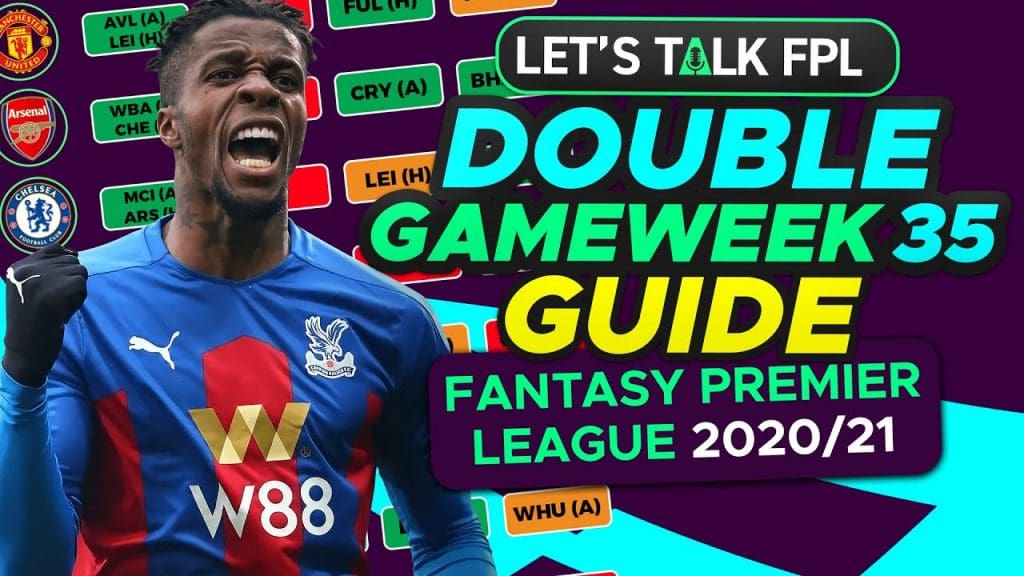 With the Premier League approaching its business end, we go into Gameweek 35 with as many as nine teams facing at least a double fixture. At the time of writing this, the Premier League officials have confirmed that Manchester United will be facing Liverpool on May 13, making it a triple gameweek for them. It is an opportunity for various FPL managers (like myself) to rack up some points and move up in their respective leagues. Let us have a glance at a few players who could be key for your FPL teams this gameweek:

The Nigerian striker has been the most in-form player in the Premier League in the past few months. He also picked a Player of the Month award for March after scoring five goals. With Leicester City facing a plethora of injuries recently, the 24-year-old has stepped up in style in the absence of Harvey Barnes, James Maddison, and Jamie Vardy and kept the Foxes high in the race for the top four. He has also remained in contention for a second POTM award in a row after scoring four and assisting twice in April.

With Leicester facing Newcastle(H) and Manchester United(A) in the upcoming double game week, Iheanacho’s chances of racking a good point tally are very high as neither Newcastle’s nor Manchester United’s defenses have been at their best in the recent weeks. Iheanacho is also a cheap buy for your FPL teams as he costs just £6.3m which is a very low-risk investment projecting very good returns. He is also an FPL captaincy contender given his recent performances not just in the Premier League but the FA Cup as well.

Manchester United’s Edinson Cavani is surely a player to look out for their upcoming triple game week. After Sunday’s protests at Old Trafford left the Premier League officials no choice but to postpone the game, it was announced today that the game would be played on May 13. This gives Cavani, who has been starting United’s last two Premier League games on the bench, to step up as Ole Gunnar Solskjaer will be forced to make rotations to the starting lineup as the Red Devils play 4 games in 8 days in all competitions. However, even after starting on the bench, Cavani has proven himself to be a force not to be reckoned with. He has shown how important his physical strength is to United’s play in the final third. The Uruguayan also scored two and assisted two in United’s 6-2 win against AS Roma in the Europa League final and also scored in United’s recent 3-1 wins against Burnley and Tottenham.

Cavani has also picked up 18 FPL points in his last three games and costs just £7.9m which is pretty reasonable for a shortlist of reliable FPL forwards. One can expect him to perform well against the likes of Aston Villa(A), Leicester(H), and Liverpool(H), and also expect him to start as Marcus Rashford faces injury problems.

Young star Mason Greenwood has finally found his feet after having a slow start to the season. The 19-year-old has found it tough to follow up on his breakthrough season last year but has still managed to score ten and assist six this season. Just like Edinson Cavani, the youngster is bound to start at least one of the three games and is expected to perform well as he has probably been United’s best player in recent weeks. The Englishman has also stepped up after a dip in the form of Bruno Fernandes and injury issues of Marcus Rashford have seen the Red Devils’ scoring prowess suffer a bit.

In terms of FPL, Mason Greenwood is the most in-form player on the platform. He has also picked up 38 FPL points in his last five games and is expected to provide secure returns to those managers who invest in him. He is also rumored to be one of the nominees for April’s Player of the Month award after scoring four and assisting one in the Premier League.

Dominic Calvert-Lewin has been Everton’s star player in this Premier League season. The Toffees had a very bright start to the season and though, pretty early,  were expected to be one of the contenders for the title. And, major credit for such huge shouts goes to none other than Calvert-Lewin. The Englishman was also awarded September’s Player of the Month award after scoring five goals for the Toffees in just three games which also included his first-ever PL hattrick. This also helped him receive his first English call-up against Wales in October, in which, he scored on his debut.

However, it has been an inconsistent season for him and Everton since then. The 24-year-old was a bit out of form until his injury in March, and since then, he has scored a brace in an International game for England against San Marino and also scored in Everton’s last fixture, against Aston Villa. It has been a topsy-turvy season for the English forward but he is starting to find his feet again and can be expected to be one of the front-runners for your FPL team in the upcoming double gameweek. Everton faces West Ham(A) and Aston Villa(A) this week and he can be expected to start both of those games and provide a good return for his meagre £7.5m.