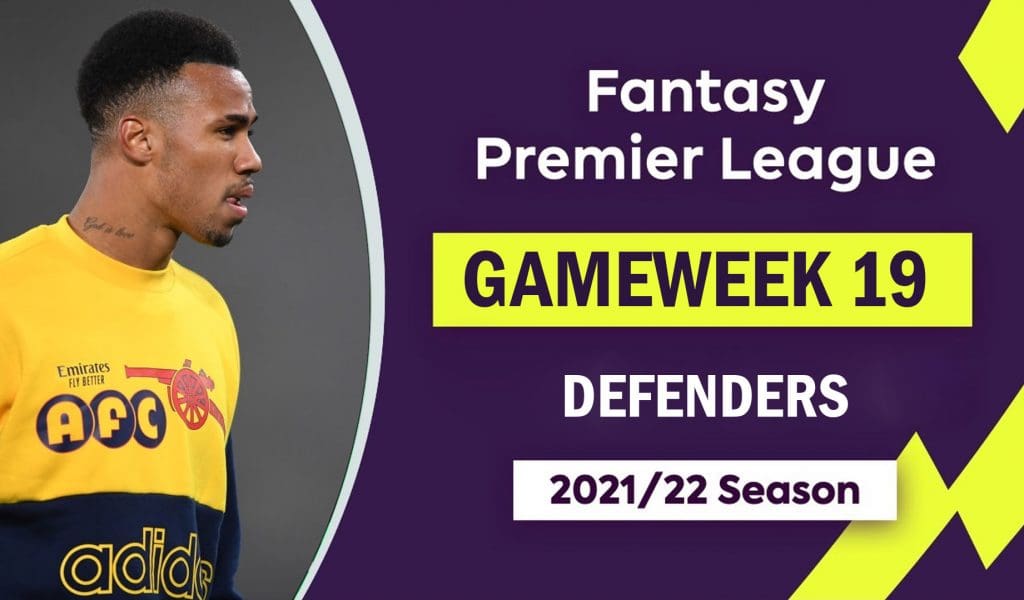 The newest game week in the stacked festive schedule of the Premier League season is upon us, and in order to compensate for the number of postponed fixtures, FPL has decided to reward its managers with an additional Free Hit chip. In this watchlist, we are going to look at defenders who you can bring in for this weekend to try and give you the maximum points possible.

The first name in our list is Arsenal’s Gabriel Magalhães. The Brazilian defender has been a mainstay of Mikel Arteta’s new look back four this season, and has been one of their most impressive performers so far. Gabriel’s exploits at the heart of the Gunners defense has helped him rack up 75 points in the game so far this season, and apart from being a defensive presence: the centre-back has also popped up at the other end of the pitch with two goals this season.

The weekend’s fixture against bottom-placed Norwich City at Carrow Road looks like an outing where Arsenal are likely to keep a clean sheet, as while the Canaries are the worst attacking team in the league, Arsenal are in a bit of a purple patch having won all of their last three Premier League games. The fourth-placed and in-form Gunners will look to pile further misery on the Canaries, making Gabriel a prime candidate to be in your defense for this weekend.

The next name in our list is Chelsea’s Reece James. Priced at £6.3m, the English full-back has been one of the highest-scoring defenders this season with a tally of 90 points so far. In fact, only two other defenders – Joao Cancelo and Trent Alexander-Arnold – have scored more points than James this season, who looks to be in the form of his life for the Blues.

James has racked up four goals and five assists from the right-back position, apart from being a solid defensive presence for Thomas Tuchel’s team. Even though Chelsea have struggled to keep clean sheets of late, two clean sheets in their last two games and with major personnel returning to action means there might be a change of fortunes soon – and when one considers James’ attacking contributions, it makes him one of the assets that you must have in your team.

The last name in our list is João Cancelo of Manchester City. Priced at £6.8m, the Portuguese fullback has been one of the best defenders in the game this season – accumulating a total points tally of 109 points so far. Apart from being an integral part of the best defence in the league – no other team has conceded lesser goals this season than Manchester City (9) – Cancelo also has a lot of attacking ability to his game from the full-back position, having got a goal and four assists.

This weekend’s fixture against Leicester City at home makes Cancelo a prime candidate to be in your defence. Only five teams have conceded more goals than Leicester City this season (27), and the hosts are in a bit of a purple patch themselves – having won all eight of their last eight games in the Premier League. The Cityzens will look to make it nine in a row and extend their lead at the top of the table, and Cancelo is likely to play a big part in winning against the Foxes.