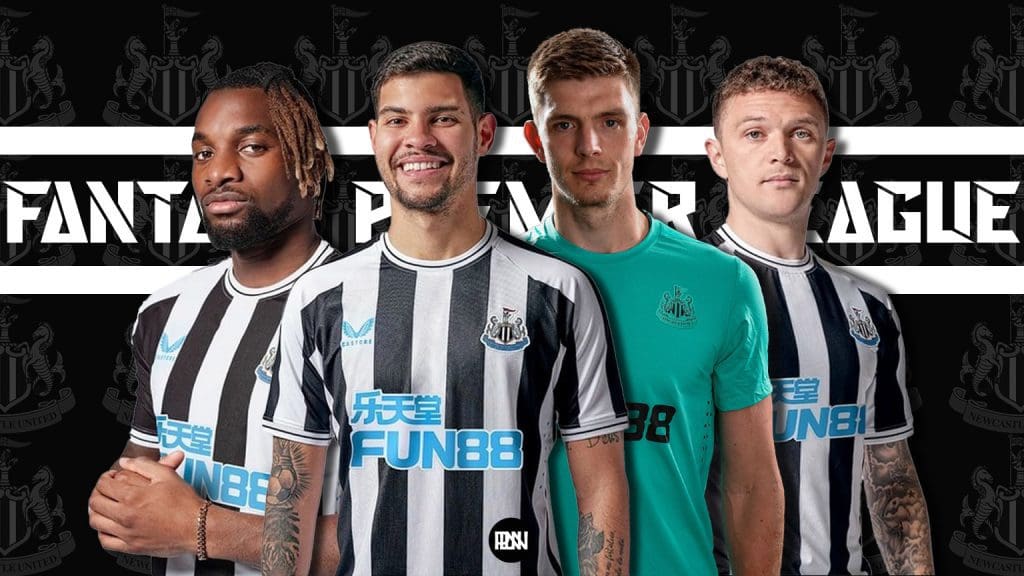 A palpable buzz around Fantasy Premier League continues to grow with the game having officially released its updated version for the 2022/23 season last week. With fans looking forward to their respective teams’ pre-season fixtures whilst anticipating the arrivals of several talents alongside catching a glimpse of newer additions before the start of the campaign, FPL managers have already begun creating their first drafts as they look forward to locking a formidable team on road to the first game-week of the new season.

Callum Wilson (£7.5m) emerges as the most expensive of Newcastle’s assets, with winger Allan Saint-Maximin (£6.5m) following suit. The defence emerges as the team’s most promising department, with the likes of Sven Botman (£4.5m), Kieran Tripper (£5.0m), and Matt Target (£4.5) cementing themselves as tempting prospects within their price bracket. Moreover, in Bruno Guimaraes (£6.0m), the club possesses an exciting option while shot-stopper Nick Pope (£5.0m) could also prove to be a viable asset between the sticks.

An exciting prospect within his price bracket, Murphy emerges as a tempting differential for FPL managers looking for a reliable fifth-choice midfielder for their drafts. Having registered 33 appearances in the league last season, the Englishman is likely to remain a part of Howe’s first-team plans moving into the new season.

Contributing with a goal and four assists, Murphy emerged as an impactful substitute for the Magpies last season. Although unlikely to gain a first-team spot, the 25-year-old’s underlying number makes him a viable option in the midfield. For instance, Murphy ranked fourth-highest for passes completed (19) into the 18-yard-box and ranked the same for expected assists (0.19xA) per game last season. Additionally, the versatile midfielder stood fifth for shot-creating actions (45) despite registering only 13 starts at the end of the 21/22 campaign.

While unlikely to emerge amongst Newcastle’s coveted assets, Murphy is capable of providing adequate cover for FPL managers looking to channel the funds elsewhere within their drafts. Having been a reliable presence on the pitch, the midfielder could provide a handful of favourable returns this season.

Embed from Getty Images
Amongst the new arrivals at the club, the former Burnley shot-stopper is expected to emerge as the manager’s first-choice keeper next season. With Newcastle having bolstered their backline, Nick Pope could emerge as a tempting prospect considering the club’s initial fixtures moving into the season.

Having registered nine clean sheets for Burnley last season, Pope remained a reliable figure between the sticks for the now relegated side. Alongside registering the second-highest number of league starts (36) for Burnley, the 30-year-old also registered an impressive number of saves (73.6%) despite the team’s defensive frailties at the end of last season. Moreover, with Newcastle likely to improve on their defensive numbers this season, Pope establishes himself as a proven option within his price bracket.

Considering Newcastle’s relatively favourable run of fixtures from opening game week, the Englishman is more than capable of bagging valuable clean sheet points at the start of the season. Provided the Magpies display defensive solidity, the shot-stopper could emerge as an exciting option for FPL managers, moving into the season.

An exciting start to his journey at Newcastle saw Trippier bag two goals in five starts before an unfortunate injury saw the England international miss out on a handful of fixtures, following his arrival in January. Now, expected to play a vital role for Howe’s side this season, the full-back could prove to be amongst the surprise packages of the upcoming campaign.

Whilst unable to boast a significant sample size at Newcastle, Trippier’s ability on set-pieces combined with his creative instincts in the attacking third could see him deliver favourable returns this season. Moreover, having averaged 5.6 points per start over his five outings last season, Kieran Trippier could cement himself as Newcastle’s most exciting asset, provided the team continues improving on their defensive number in the upcoming campaign.

Given Newcastle’s exciting run of fixtures, Tripper has the potential to return in each of the first three games at the beginning of the campaign. Boasting a significant threat on set-pieces, the full-back could prove to be a bargain moving forward.

Amongst Newcastle’s coveted assets, Guimaraes boasts the potential to improve on his numbers this season. Having been an impactful figure following his arrival in January, the Brazilian midfielder cements himself as an exciting prospect within his price bracket.

Accounting for five goals and an assist in 11 league starts last season, the midfielder significantly contributed to the team’s improvement in results under Howe’s management. Guimaraes registered the second-highest number of expected assists (0.16xA) per game alongside ranking fifth for carries into the attacking third (23) amongst teammates last season. Moreover, with the team likely to depend on his playmaking skills moving forward, Guimaraes has the potential to deliver a handful of favourable returns this season.

Newcastle’s highest-scoring (116 pts.) FPL asset last season, Allan Saint-Maximin emerges as a viable option within his price bracket. With the team expected to improve on their goal difference this season, the Frenchman could be vital to Howe’s attacking plans for the campaign.

Accounting for the highest number of passes (32) and carries (53) into the 18-yard-box alongside ranking the same for shot-creating actions (114), the forward cements himself as the team’s most viable attacking asset alongside Callum Wilson moving into the season. Moreover, having been the team’s highest goal-contributor (10) last season, Saint-Maximin is likely to emerge as a tempting asset provided the Magpies capitalise on their favourable set of fixtures to begin their season. 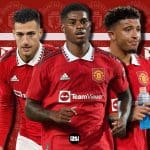 FPL 2022/23 Price Reveals: Whom Should You Target Amongst Manchester United’s Assets?
Next Article 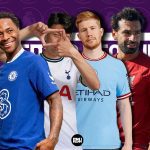