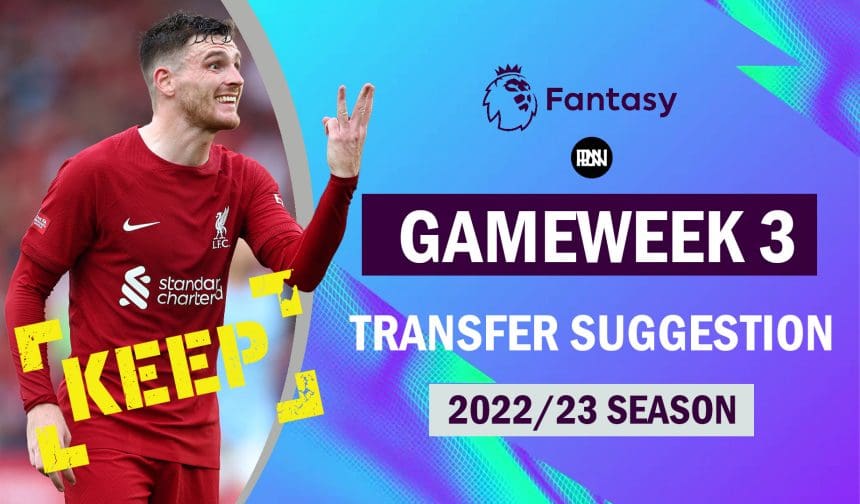 Following a steady couple of gameweeks to begin the season, we move onto GW 3 as FPL managers look to make the best use of their transfers moving forward. With a majority of template selections having delivered decent returns across both game weeks, FPL managers will be keen on drafting in promising differentials, in a bid to increase their prospects of improving on their overall points tally at the end of the upcoming weekend.

An overlooked asset ahead of the opening gameweek, Leeds United’s Rodrigo (£6.1m) leads the overall chart for FPL points with 22pts ahead of game-week three, whilst the likes of Gabriel Jesus (£8.0m) and Kevin De Bruyne (£12.1m), with each accounting for 21 and 20 points, respectively. With a number of top-six sides moving into a run of favourable fixtures, FPL managers will be keen on drafting in reliable assets, with many expected to break template selections over the coming weeks.

With numerous possibilities to analyse, in this article, we take a look at players most likely to flourish in game-week three whilst also attending to those worthy of retaining for the upcoming game week alongside a number of sellable assets; having failed to deliver adequate returns, hitherto.

With Ben Chilwell (£6.0m) yet to regain full fitness, Chelsea’s new-signing, Marc Cucurella, is expected to emerge as a regular starter at left wing-back over the immediate future. Having registered an assist in his first start of the season, the Spaniard is likely to garner the attention of numerous FPL managers, with the Blues moving into a favourable run of fixtures over the coming weeks.

Deployed in an advanced role, Cucurella is likely to deliver a favourable number of attacking returns provided Chelsea secure a string of positive results over the coming weeks. Having only started one game, the Spaniard already registers the third-highest number of expected assists (0.22xA) per 90 minutes whilst contributing with three shot-creating actions in his home debut for the Blues last weekend.

With excellent value within his price bracket, Cucurella emerges amongst the most promising owing to Chelsea’s run of fixtures moving forward. Moreover, expected to receive a healthy amount of game-time over the coming weeks, the Spaniard remains amongst the most tempting prospects moving into game-week three.

Amongst the surprising performers over the two game-weeks, Brighton & Hove Albion’s Pascal Groß emerges as a tempting differential moving into game-week three. Deployed in an attacking role, the German midfielder is likely to deliver attacking returns given his advanced positioning on the pitch in recent outings.

Having netted two goals in the opening fixture, Groß is likely to increase his tally of points owing to Brighton’s attacking prowess this season. Besides registering the highest number of expected goals (0.61xA) per game, the midfielder has also contributed with the second-highest number of shot-creating actions (7) and passes completed into the 18-yard-box (4) amongst teammates, hitherto. Moreover, having been Brighton’s primary set-piece taker across both game weeks, Groß emerges as a promising prospect moving into the weekend.

Brentford’s focal point in attack, Toney registers the highest number of expected assists (0.66xA) per 90 minutes amongst teammates, hitherto. Additionally, the forward has contributed with the most shot-creating actions (7) at the club, over the two games. With the Bees having shown promising potential in front of goal – having netted six times across both fixtures – Toney is likely to deliver favourable returns over the coming weeks.

Provided Brentford capitalise on their relatively easy set of fixtures, Toney is capable of outscoring several forwards over the coming weeks. Expected to start every fixture for the Bees, the striker emerges amongst the most promising forward options for the upcoming game-week.

Despite failing to provide a return across both fixtures, Robertson remains amongst the defenders most likely to improve his contributions over the coming weeks. Facing a severely underperforming Manchester United side in the upcoming game week, the left-back boasts the potential to deliver significant returns moving forward.

Although yet to deliver favourable returns, Robertson remains amongst the likeliest of Liverpool’s assets to contribute with attacking returns over the coming weeks. Having found himself in goal-scoring areas within the 18-yard-box across both fixtures, the left-back remains an attacking threat in possession whilst being amongst the team’s most progressive players moving forward.

However, with a handful of viable replacements for the Scotsman considering comparably better options across the midfield and forward positions, Robertson remains a tricky asset over the immediate future. With Liverpool having looked shaky in defence, the left-back is more likely to provide attacking returns than clean sheet points, hitherto.

Moving into a favourable string of fixtures, Kane is likely to improve his attacking returns over the coming weeks. With Spurs having looked clinical in front of goal, the forward has the potential to outscore several premiums, starting this weekend.

Besides being Spurs’ focal point in attack, Kane also stands second for shot-creating actions (6) alongside ranking third for expected assists (0.21xA) amongst teammates over the two fixtures. Additionally, facing two newly promoted sides over the next four fixtures, Kane emerges as the likeliest of Spurs’ assets to deliver attacking returns moving forward.

Despite Erling Haaland (£11.7m) expected to provide stiff competition throughout the season, Kane has proven to be equally capable of delivering decent returns across most fixtures. With Spurs aiming to improve on their points tally this season, Kane is likely to potentially deliver equal or improved returns compared to Haaland over the immediate run of fixtures.

Having failed to live up to expectations, Bailey is likely to be transferred out for a viable bench option ahead of the weekend’s fixtures. Despite being a promising option within his price range, the winger seems unlikely to receive adequate game-time, with the possibility of returns expected to diminish moving into a challenging set of fixtures for Aston Villa.

With managers likely to have two transfers in the bank, an upgrade to either Pascal Groß or Anthony Gordon (£5.5m) could add to the squad depth over the coming weeks. Moreover, with comparably better value in defence for the price range, a potential downgrade to a £4.5m midfielder could help FPL managers improve their defensive prospects moving forward.

Despite boasting immense promise for the initial run of fixtures, Aaronson is unlikely to deliver attacking returns considering Leeds’ challenging run of games over the next couple of weeks. Although having been a lively figure across the attacking third, the midfielder’s sale could enable numerous upgrades across the midfielder or defence for the upcoming weekend.

A potential upgrade could see Aaronson replaced with a lower-priced midfielder whilst upgrading a defensive asset with favourable fixtures for the immediate future. Moreover, with the potential to replace him with an £8.0mn midfielder considering the potential of returns, Aaronson could see the exit door much like his rival Pedro Neto (£5.5m) ahead of the upcoming game-week. 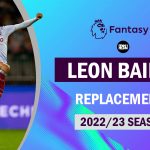 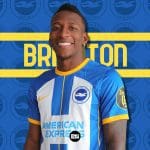 Pervis Estupiñán: What does he bring to Brighton?
Leave a comment