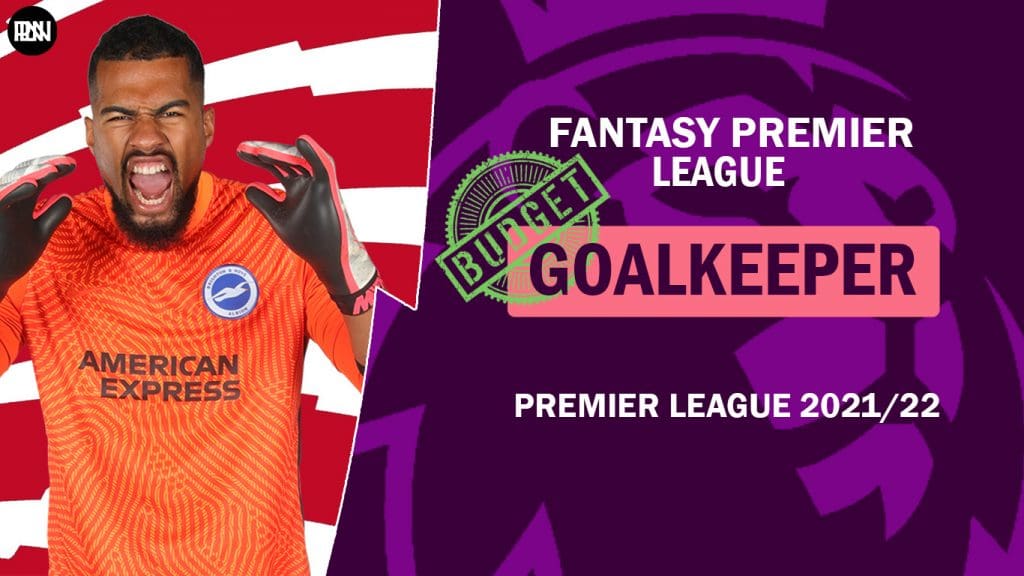 With the start of the new season just over a month away, the thrill of Fantasy Football has already kicked in. FPL managers have begun formulating their first draft and look forward to stacking up points in the upcoming season.

The transfer window is already gaining traction and with the end of the UEFA Euro 2020 just around the corner, the assortment of players to choose from will only get tougher. Nevertheless, there still remain multiple effective budget picks to choose from; allowing you to save up your funds for the star players.

In this series, we will look at budget picks in every position ahead of the upcoming season; helping you draft a perfectly balanced squad in your quest of becoming the ultimate Fantasy Manager.

To begin, we will examine the goalkeeping position and help you select keepers with the potential to be consistent whilst also being able to churn out crucial saves and stacking up the points via clean sheets.

Having been promoted from the Championship to the Premier League this season, Watford’s Ben Foster can prove to be a reasonable option for Managers looking to invest in other areas of the pitch. Although, not amongst the first names on the team sheet, Foster brings a wealth of experience at Watford and may get a look-in depending on the team’s performance on the pitch.

Priced at a comparably meagre amount, Foster can also serve as an excellent rotational option for managers looking to bring in higher-priced keepers in the latter part of the season.

With an arguably moderate set of fixtures for the first 8 game weeks, Brighton’s Robert Sanchez is a no-brainer for FPL Managers. The Spaniard managed to keep a justifiable 10 clean sheets last season with a formidable Brighton defence having conceded only 46 goals – 7th best in the league last season – ahead of him.

Graham Potter’s side play an attractive brand of football and are vulnerable to opposition attacks. However, boasting a save percentage of close to 72% last season with a 37% probability of keeping a clean sheet, Sanchez is a steal for FPL Managers looking for a consistent performer in the goalkeeping department.

With Sanchez, FPL Managers are guaranteed to get a starting goalkeeper at an attractive price. Selected by 29.2% of FPL managers worldwide, the Brighton goalkeeper is a trusted comrade with many hoping he pays the dividends.

Comparatively higher priced to his counterparts mentioned above, Everton’s Jordan Pickford is still a decent option between the sticks. Having kept 10 clean sheets last season whilst boasting a save percentage of 71.1%, Pickford is a guaranteed starter with a decent-looking Everton defence in front of him.

Moreover, with a decent run of fixtures for the first 6 game weeks, managers can expect Pickford to repay their trust in him. With Rafa Benitez at the helm this time around, Everton are expected to be defensively stronger and sit deep against attacking sides; hoping not to concede in as many games as possible.

With an excellent Euros under his belt, Pickford will be rejuvenated and will look forward to carrying his form for Everton in the upcoming season.

A controversial option to say the least, Manchester United’s goalkeeping situation still remains to be resolved. Nevertheless, with two highly talented keepers in the team, shying away from them could prove to be a mistake by FPL Managers.

Reasonably priced, United’s chosen first-team goalkeeper is a viable option, given the team managed to concede only 44 goals last season. With potential reinforcements in defence, United’s backline is set to look stronger ahead of next season.

Hoping to mount a title challenge, United will look to be more solid in defence and as well and concede fewer goals next season.

Although watching Burnley can be an excruciating experience at times, for FPL Managers, the team’s defensive options are proven dark horses in Fantasy Football. A pragmatic yet effective footballing mantra adopted by Sean Dyche has kept the team in the Premier League since their promotion in 2016, and with a good set of options ahead of next season, Burnley’s players should not be taken for granted.

Accounting for the highest save percentage (77.7%) last season, Nick Pope is a proven option for managers. Bagging 11 clean sheets the season, the Burnley keeper will be looking forward to making a stronger impact this season after being ruled out of Euros following a Knee Surgery.

With Burnley keen to remain in the Premier League, Pope is set to remain a vital player for the team as they look to build on last season’s performances.