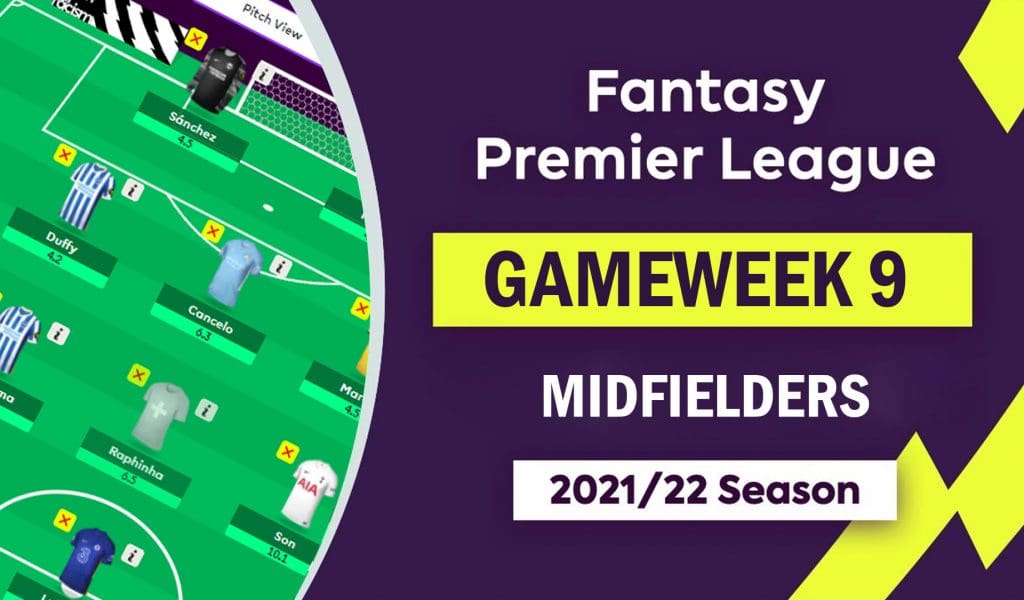 Following yet another weekend that saw numerous highly-owned premium options fail to justify their prices, we move on to gameweek nine of Premier League with big fixtures lined up for the weekend. Amongst the big names, Mohamed Salah (£12.8mn) showed no signs of lacklustre as the Egyptian furthered his lead, having grabbed his second consecutive double-digit haul last weekend. Meanwhile, highly-coveted forwards Romelu Lukaku (£11.7mn), Cristiano Ronaldo (£12.5mn), and Michail Antonio (£8.1mn) continued their rough patch; failing to provide an attacking return for two consecutive game-weeks.

Now, with a difficult run of fixtures for most proven differentials and premium options, the midfield position remains vital going into the coming weeks. With a host of promising performers and budget picks to choose from, the coming weekend offers a pivotal platform for FPL managers to restructure their squad balance going into a pivotal period of the campaign.

Amongst Brentford’s brightest sparks, Mbeumo has been rather unlucky in securing attacking returns this season. Although having scored only twice this campaign, the Frenchman has managed to hit the post six times – highest in the league, hitherto. Further, the striker remains the Bees’ most promising attacking player, having registered the highest number of shots (19) at the club this season.

Facing a Leicester side fresh off a rejuvenating victory against Manchester United but yet to keep a clean sheet in the league this season, Mbeumo remains the likeliest to provide a return amongst Brentford’s attacking assets at the weekend. The Frenchman currently ranks sixth overall for expected goals (3.7xG), and could certainly find some consistency given the Bees’ favourable series of fixtures in the coming weeks.

Although yet to provide attacking returns consistently, Gallagher has remained Crystal Palace’s most promising attacker this season. The Chelsea loanee boasts exceptional attacking numbers in comparison to others in his price range. Gallagher has already scored two and assisted three goals in the league and could increase his contributions given Palace’s favourable run of fixtures in the forthcoming weeks.

The youngster boasts intriguing underlying statistics, accounting for the fifth-highest number of expected goals (0.25xG) and the fourth-highest number of expected assists (0.12xA) at the club this campaign. Additionally, Gallagher has also created 0.74 big chances per game this season. Given his potential and Palace’s conspicuous improvement, the midfielder could prove to be amongst the most vital budget midfielders going into a pivotal period of the campaign.

Further, facing a defensively unreliable Newcastle side at the weekend, Gallagher remains amongst the likeliest assets to provide an attacking return for Palace in game-week nine.

Amongst Manchester City’s most consistent performers since his return from injury, Phil Foden has already scored twice and assisted one goal this season. Having only made four appearances, the young midfielder has already registered two consecutive attacking contributions in his last two league fixtures this season.

Foden currently ranks eighth for expected goals (0.25xG) and expected assists (0.22xA) per game this season and is likely to improve his numbers – given his appearances – going into a vital part of the campaign. Facing a defensively sound Brighton side at the weekend, City remain the most favourable of clubs to end the Seagulls’ two-game clean sheet run this weekend.

Provided Foden is included in the starting line-up, the youngster could certainly provide an attacking return at the weekend. The midfielder is amongst City’s most creative players – 0.63 big chances created per game – and could certainly remain an impactful substitute in game-week nine.