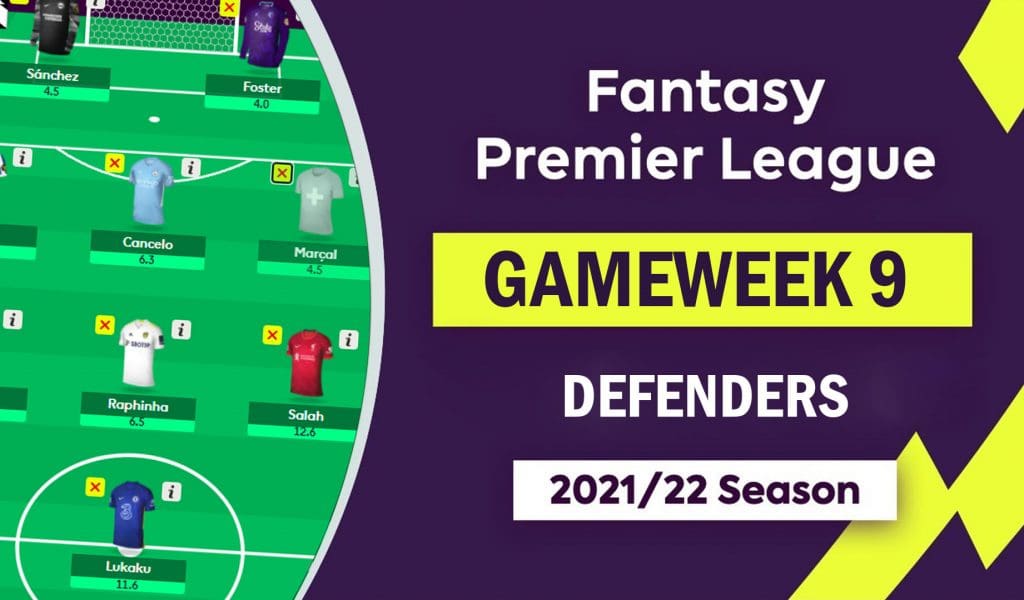 As gameweek 9 of the Premier League beckons around the corner, thousands of Fantasy Premier League managers all over the world will look forward to what can be a fruitful weekend. Every team in the FPL needs to have its fair share of efficient, point-scoring defenders, and we will list some of our preferred options for this weekend, as follows;

Chelsea will welcome Norwich City to Stamford Bridge on Saturday, as the league leaders would lock horns with the team right at the bottom of the table. The Canaries are yet to win a game in the Premier League this season and have only scored twice in eight games – ensuring that a Blues’ defensive asset is a must-have for this weekend. And at the moment, Ben Chilwell looks like the best option – having scored in all three of his last appearances for club and country. Chilwell scored the only goal in Chelsea’s last win in the league against Brentford.

The English full-back likes to run down the left flank, and his form makes him a premium asset that most managers would love to have. Chilwell has only played 180 minutes in the Premier League this season but has scored two goals already – with an expected goals (xG) tally of 0.49. Chilwell has also made three key passes and created three chances, and the third goal in as many games will help him match his goal tally from last season already. Chelsea are also likely to keep a clean sheet, further validating Chilwell’s shout to be on most FPL teams this weekend.

A good budget option to have for the weekend (and beyond) would be Brentford’s, Ethan Pinnock. The Jamaican centre-back is an integral part of a Bees defense that has conceded only seven goals so far this season and could pop up with a goal involvement or two as well. Pinnock has already scored once and assisted once in the Premier League this season, and his sheer frame in the opposition penalty area causes the Bees to be a dangerous team from set-pieces – out of the ten goals Brentford have scored in the league, five of them have come from dead-ball situations.

As a budget option and costing only £4.6m, Pinnock provides more than most of the other listed defenders at his price. The centre-back has racked up 0.69 expected goals in the league this season and has an excellent long throw on him as well – a series of which troubled league leaders Chelsea in their last game. The upcoming favourable fixtures for the newly promoted team would also prompt managers to get Pinnock into their teams – while Brentford will face Burnley at Turf Moor next, they will follow it up with a home game against Norwich City.

The last favourable defensive asset for this weekend is Southampton’s Valentino Livramento. Priced at a meagre £4.3m, the 18-year-old fullback who signed for the Saints this summer has been one of the major revelations of the season so far. Livramento helped Ralph Hassenhüttl’s side nullify two of the best attacks in the league in Manchester City and Manchester United – and not only is he a good option defensively, but he is quite adept at the attacking side of the game as well. Livramento has created seven chances and made seven key passes this season.

His upcoming fixtures favour his selection into FPL sides as well, as the Saints will go on to visit Watford at Vicarage Road and then welcome Aston Villa to St. Mary’s Stadium – and then topping it off with a visit to Norwich City at Carrow Road. Livramento has helped the Saints keep three clean sheets this season so far, as the Saints have conceded only 10 goals in the league so far this season – and a contest against a low-scoring Burnley is certain to encourage buyers. 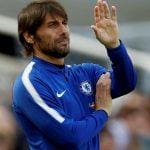 Antonio Conte to reject Newcastle; he’s holding out for Manchester United
Next Article 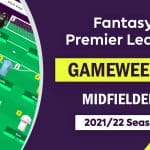