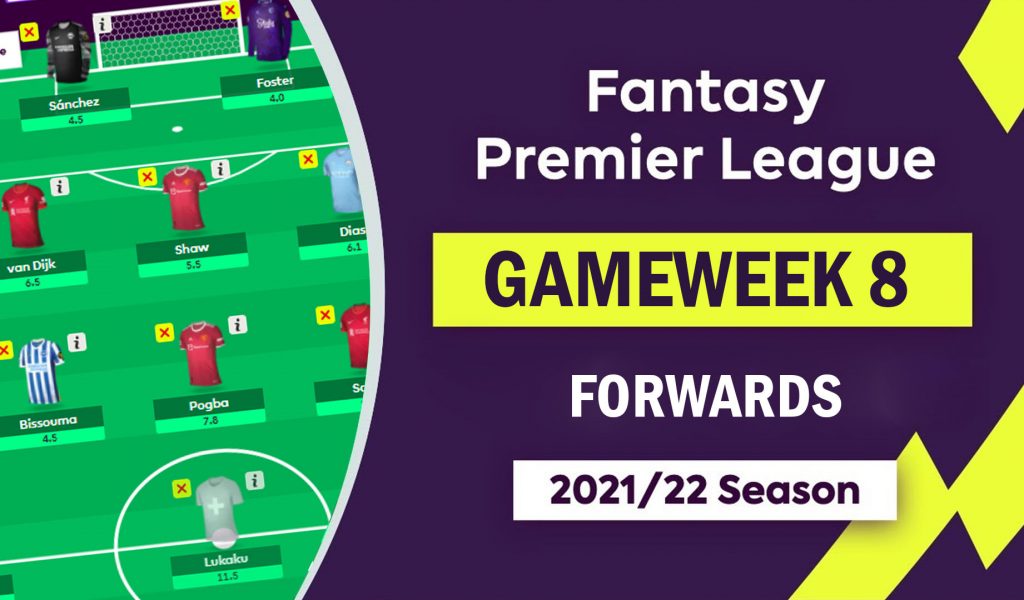 Following an exasperating international, all eyes turn to the weekend as Premier League football returns for game-week eighth amidst much anticipation. A tumultuous game-week seven resulted in several FPL managers struggling to gain mobility up the ranks, given the blank returns produced by numerous premiums and reliable differentials this season. Mohamed Salah (£12.7mn), yet again, proved his value, scoring 13 points in Liverpool’s 2-2 against Manchester City, while both Cristiano Ronaldo (£12.6mn) and Romelu Lukaku (£11.7mn) failed to provide an attacking return for the second consecutive match-day, last weekend.

On the other hand, game-week seven realised the value of otherwise overlooked differentials, with the likes of Andros Townsend (£5.6mn) and Raul Jimenez (£7.5mn), among others, outshining several preferred differentials within and superior to their price range. Now, with numerous injury concerns and a relentless fixture schedule, game-week eighth provides FPL managers with the opportunity to hit their wildcard and reconsider their approach before the next international break.

With several attacking options at their disposal and the availability of reliable budget picks, the forward position could determine the course of the upcoming game-weeks, given the unpredictability of injuries and loss of form going into a physically exhausting period of the season.

After impressive displays as a substitute, the South-Korean finally marked his arrival, scoring two goals in Wolves’ 2-1 victory over Newcastle United in game-week seven. Hwang’s pace combined with his skillful composure and finishing within the box has resulted in well-rounded displays, adding him in contention to remain amongst the first names on the team sheet for the coming weeks.

Despite starting only two Premier League games since his arrival, the South-Korean has already managed to score three goals – highest at the club – this season. Hwang currently boasts the second-highest amount of goals scored (1.08) per game, in the league, and also ranks second for expected goals (1.4xG) amongst his teammates, this season.

Provided the South-Korean builds on his recent performances and succeeds at cementing his place in the starting line-up, the winger could prove to be an unwavering bargain in the forward position. Having already showed his goal-scoring capabilities, Hwang could emerge as a reliable alternative to Jimenez, for FPL managers looking to find a way into Wolves’ attacking options.

Undeniably, Newcastle United’s most potent threat up front, the Frenchman has been astoundingly impressive, having recorded four consecutive attacking returns until game-week seven this season. The Frenchman has already registered five-goal contributions and is likely to remain the Magpies’ enticing presence in the final third, for the coming weeks.

Having started every league game this season, Saint-Maximin has remained Newcastle’s primary creative outlet in the attacking third. The Frenchman currently ranks second overall for expected assists (2.6xA) and eighth for non-penalty expected goals + assists (4.0npxG+xA) in the league, this campaign. Additionally, he also registers the second-highest amount of assisted shots (17) – passes leading to a shot – amongst his teammates.

Given a new wave of optimism surrounding the club following the takeover, Saint-Maximin is likely to remain a vital part of the club’s plans moving forward. With the stadium sold out ahead of the weekend’s tie and a series of friendly fixtures to follow, the Frenchman could certainly outscore several premiums in the coming weeks.

Amongst the overlooked premiums since the start of the campaign, the 33-year-old has, once again, punched through the barriers and showcased his talent this season. Vardy has been impressive thus far, having already registered seven goal contributions for Leicester City, in the league this campaign. Additionally, the Englishman is also the second-highest scoring FPL forward (48 pts.), and the joint-top scorer (6) in the league, hitherto.

Although the Foxes are yet to gain consistency in the league, Vardy has been a vital part of their positive results this season. The striker currently boasts the second-highest number of expected goals (4.5xG), overall, and the same rank for expected goals + assists (0.72xG+xA), amongst his teammates this campaign. In addition, he has also been prolific in the box; recording the highest number of shots on target (1.31), at the club, hitherto.

Given Leicester’s need to win games and Vardy’s impressive run of form, the striker is likely to emerge as a consistent asset for the coming weeks. Provided he remains injury-free and builds on his recent performances, Vardy could launch himself amongst strong contenders for a position this season.

Newcastle United ‘will do everything’ to sign Aaron Ramsey come winter – the Welshman “could say yes” to the “new and ambitious” project at St. James’ Park
Juventus Women vs Chelsea Women: Match Preview | UWCL 2021/22
To Top