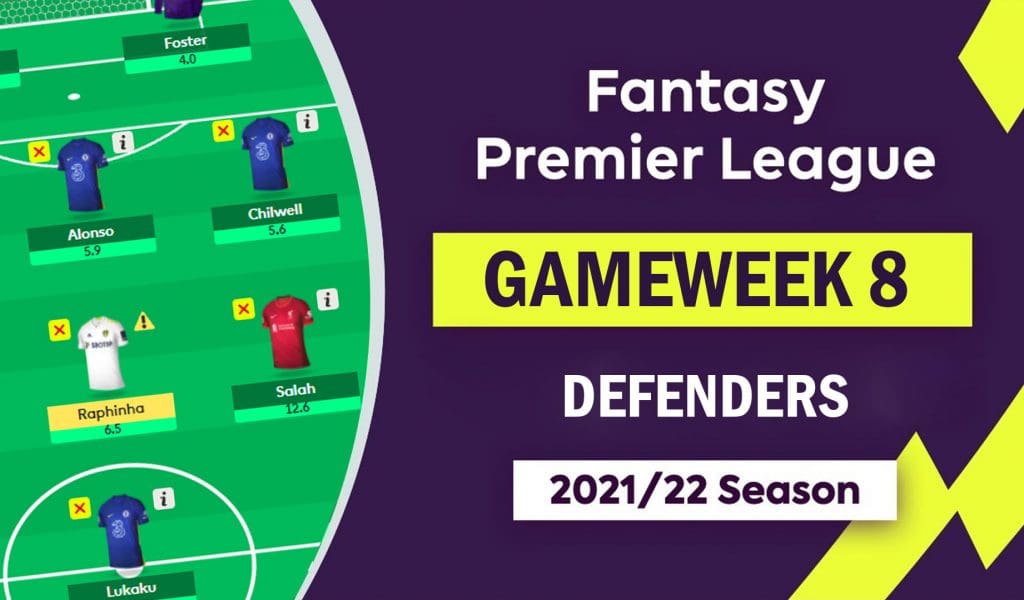 With GW-8 just around the corner, Fantasy Premier League managers will be hoping that their players stayed injury-free throughout the international break and returned to their Premier League teams in time to participate.

For almost everyone, GW-8 arrives far too late after many FPL managers had a poor GW-7, notably when it came to selecting a captain. Thankfully, this week’s matches have a lot of high-scoring promise, so let’s take a look at who should sparkle in defense this weekend:

Throughout their opening seven games, Brighton have managed to pick up 3 clean sheets. They have allowed an xGC of 7.2, just 18 shots on target and 43 shots in the box. Only Manchester City are ahead of them in terms of xGC and their defense offers quality value when it comes to FPL this season.

In Gameweek 8, Graham Potter’s side will face Norwich at Carrow Road. Both defensively and offensively, the Canaries are the poorest team in the league. They have an overall xG of just 6.1, two goals, 17 shots on target and just 36 shots in the box. They are at the bottom of all the important attacking statistics.

With a starting price of under £4.0m, Shane Duffy has indeed been a fantastic bargain this season. He boasts three clean sheets under his belt, along with a goal and an assist, and he has been quite offensive as well. The Irish centre-back has an xG of 0.86, the highest shots in the box among defenders and the highest shots on target as well.

Norwich do indeed have a goal-scoring problem, while Brighton have one of the finest defensive records in the league.

This season, the left-back has been on Arsenal’s first team sheet for every fixture. He has three clean sheets to his name, and has been unlucky not to have received any attacking dividends. The Scot has an xA of 0.45 and has also created 9 chances.  Across the season, he’ll provide offensive returns, and his £5.0 million base price should be justified.

In Gameweek 8, Arsenal host Crystal Palace (H), and this appears to be another good match for the Gunners to maintain a clean sheet.
They had a difficult start to the season, with games against Chelsea and Manchester City in their first three matches. Nonetheless, since Gameweek 4, when their schedule improved, they hold the league’s second strongest xGC (2.9).

Arsenal’s defensive statistics against inferior opponents have been outstanding. Last season, Mikel Arteta’s club was also in the top four for aggregate defensive numbers. This game versus Crystal Palace seems to be highly beneficial for them.

Joao Cancelo currently holds the record for most points scored by a defender in the game this season. So far, he’s completed 90 minutes in each and every game, with five clean sheets and two assists to his name. With an xA of 0.82, the dynamic fullback has produced 8 chances. Among all defenders, Cancelo has 188 passes in the final third, which is the highest.

In Gameweek 8, Manchester City take on Burnley at the Etihad. Predictably, this appears to be a dead-cert situation for a Citizens’ clean sheet. They’ve had by far the strongest defensive record in the league so far, with them allowing an xGC of just 3.8, 9 shots on target and 26 shots in the box. To put it in perspective, Brighton’s xGC is 7.2, which is the second best in the league. The gap is immense.

Burnley haven’t been very good in the attacking third. The Clarets have scored the second-least goals in the league and have produced an xG of just 8.1. Cancelo is City’s most offensive defender. Hence, this is another match where the Portuguese can earn points on both ends of the field.