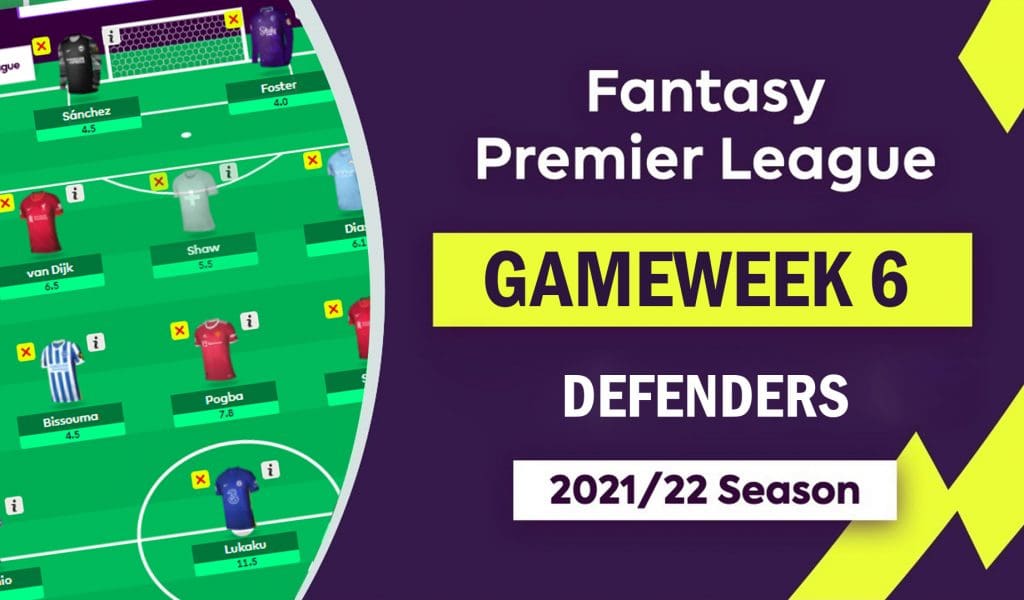 Another gameweek, another FPL dilemma for its managers on who to choose for their respective teams. There are a lot of good fixtures this weekend where some of the most popular defenders in FPL can pick up not just clean sheets, but also offensive returns. Players like Luke Shaw, Trent Alexander-Arnold, Shane Duffy, and Aaron Cresswell have fixtures that can easily see them pick up a few points without any hindrances.

Keeping that in mind, let us have a look at some of the must-haves in the defensive pool of players for the upcoming Gameweek:

In Gameweek 6, Manchester United hosts Aston Villa at Old Trafford. Luke Shaw hasn’t gotten off to the start that many of his owners had anticipated, but he has made significant attacking progress. He has one of the best creative numbers among defenders in FPL. He has produced the second-highest xA (1.63), second-highest big chances (3), and the third-most chances among defenders (14).

Having scored the fifth-most goals in the league (8), Aston Villa’s offensive statistics indicate that they are significantly over-performing. They have an xG of just 5.3, 18 shots on target, 33 shots in the box, and the lowest big chances in the league (3). Man United’s defensive statistics have also been impressive. They’ve surrendered just 27 shots in the box (2nd), 19 shots on target (4th), and an xGC of 6.1. (7th).

Shaw will benefit from this matchup in Gameweek 6 because United are one of the favorites to maintain a clean sheet. He frequents the left side of the field, as well as corners, and free kicks, so he’s always in the mix for attacking contributions.

Due to illness, the English right-back was unable to play last week, but rumors say he will be fine for Gameweek 6. Along with 2 assists and 3 clean sheets, Alexander-Arnold has the best creative numbers in the league. He has produced the highest xA (2.37), most big chances (4) and the most chances created (20). What’s more impressive is that, despite sitting out Gameweek 5, he ranks top among all players in these creative rankings.

The Bees have underperformed offensively this season, despite their strong defensive play. They have 33 Shots in the Box (17th), 12 Shots on Target (19th), and an xG of 5.5 on the season (15th). They surprised Wolves last week with a fantastic and unanticipated win, but they haven’t seemed entirely compelling thus far.

Alexander-Arnold is back to his finest form this season, and he has a match in which FPL dividends appear to be a distinct possibility on both ends of the field. He leads all players in chance creation, and he also takes corners and direct free-kicks.

So far this season, Brighton have maintained two clean sheets. They have allowed an xG of just 5.3 alongside conceding the second-least shots on target (13) and 35 shots in the box.  Their defensive statistics are excellent, and they are undoubtedly one of the finest defenses outside the top four.

The Seagulls travel to Crystal Palace in the sixth Gameweek of the Premier League. The Eagles have not been at their best when it comes to attacking this season, managing an xG of just 5.8, the least shots on target in the league (11), and also the fourth-least shots in the box in the Premier League (33).

Shane Duffy is presently the top £4.0 million defender and has already witnessed a £0.3 million value boost. He’s not only managed to keep two clean sheets but he’s also scored a goal and added an assist. The Irishman has excellent offensive statistics among defenders despite being a centre-back. He has produced an xG of 0.67, has attempted the most shots in the box (10), and the second-most shots on target (3) among defenders in the Premier League. As long as the Irishman continues to start for Brighton, he will be their strongest defensive prospect. In Gameweek 6, he is a huge hazard from set-pieces and has good potential at both attacking and defensive contributions.