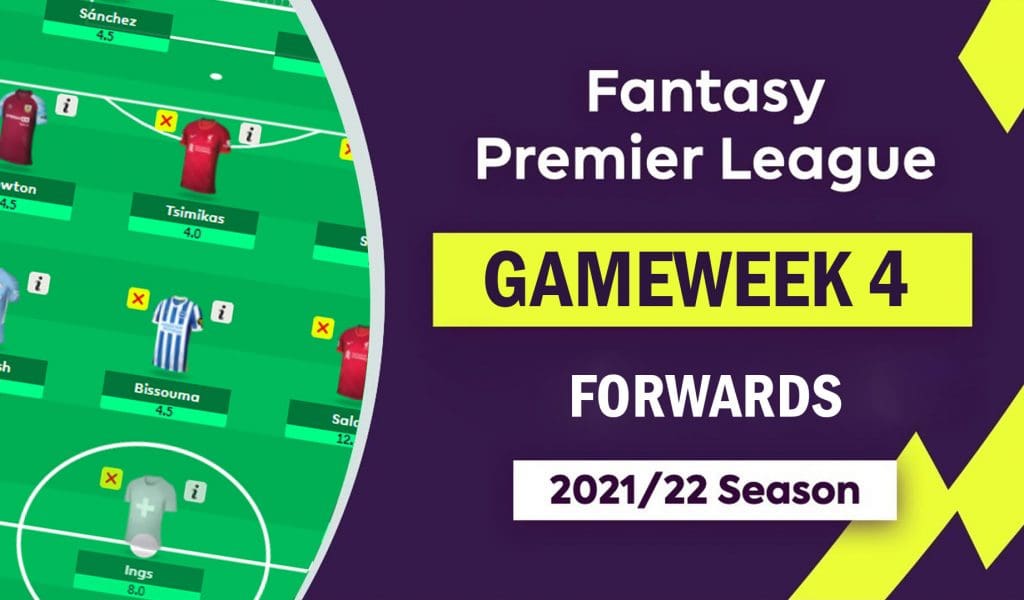 Due to the international break, Premier League fans and, in particular, FPL managers have had a dry spell for the past several weeks, but the league is set to return this weekend.

Also, Cristiano Ronaldo has arrived! In an unprecedented change of circumstances, the Portuguese forward decided to return to Manchester against all odds. He’s also not in Manchester’s blue half like most were expecting him to be. All attention will be on Manchester United as they host Newcastle to Old Trafford for Ronaldo’s first appearance.

Hence, a lot of FPL managers have opted to go for their wildcards, changing their teams completely. Alongside Cristiano, let us have a look at some of the best forwards to go for in Gameweek 4:

Antonio has had a great start to the season, scoring four goals and adding four assists in his first three games. Therefore, as a result, with 40 points so far this season, he is by far the highest-scoring player in FPL. Antonio is a terrific value at £7.9 million, and he can easily match, if not outplay, expensive FPL alternatives, as he has demonstrated thus far. As a result, the West Ham striker should be a must-have in your wildcard lineup.

With four goals, four assists, and three double-digit hauls in a row, it will be incredibly difficult to gamble against the Jamaican striker this week.

Romelu Lukaku is the next player you must take into account for your FPL teams. The Belgian has only appeared in two games for Chelsea this season, but he has already established himself as the Blues’ final link in attack. Lukaku has the fourth-most shots in the box of any player in the Premier League this season, despite playing one game fewer than those ahead of him.

And, with Chelsea taking on a Villa side that has struggled to keep clean sheets this season, a Lukaku goal or two appears to be a near certainty. Villa’s defense is also likely to be affected by the fact that no. 1 goalkeeper Emiliano Martinez is currently in isolation after visiting red-listed Argentina during the international break. In Gameweek 4, the Blues enjoy a favourable matchup at home against Aston Villa. Despite a relatively straightforward run of fixtures, the Villains have allowed 23 Shots in the Box (13th), 10 Shots on Target, and an xGC of 3.2 against Watford (A), Newcastle (H), and Brentford (H).

Chelsea’s attacking prowess has improved, and with Lukaku now spearheading the charge, they will be a far more dangerous attacking side. Not only that, but the Belgian is highly probable to be the talisman. He’s a sure-fire starter who leads the front line. Lukaku can also provide assists when required. Last season, he added 10 assists to his 24 goals in the league for Inter Milan. During his time in the Premier League, he has a total of 44 assists. There’s also a possibility he’ll take penalties, but it is yet to be confirmed.

Despite a lingering toe issue since pre-season, Dominic Calvert-Lewin (DCL) has produced in all three of Everton’s opening three games. We can predict the Everton forward’s goal tally to continue to rise this season now that he has been approved to be on penalty duty. With Burnley, Villa, and Norwich in the following three games, DCL’s attraction grows even more. However, we must keep an eye on his present injury issue and await word from Rafa Benitez, as DCL is now recovering from a damaged toe and a thigh strain. DCL, however, is likely to be ready for GW4.

With an xG of 2.98, he has the second-most Shots on Target (7), the second-most Shots in the Box (11), and the second-most Big Chances (4).  In Gameweek 4, Everton travels to Burnley (H) for one of the biggest fixtures of the week. The Toffees had 19 shots on target (3rd), 28 shots in the box (6th), and an xG of 5.9 (4th) in the first three games, while netting 7 goals (3rd). This places them among the league’s leading five attacking teams. Their opposition this weekend are one of the league’s weakest defensive teams thus far, with a history of bad defense dating back to last season. They’ve given up 41 shots in the box (20th), 19 shots on target (20th), 8 big chances (18th), and have allowed a whopping xGC of 6.2 (18th). So it is pretty safe to say that DCL is an excellent choice for your teams for the upcoming weekend.

And last, but not the least by far:

Can you really believe he’s back?  Hardly ever do we see a player have more than 13% ownership prior to kicking a ball during a season that has already started. But this isn’t just any player; this is Cristiano Ronaldo. In the previous few weeks, he has been actively working to get fit enough to play, completing 90 minutes for Portugal over the international break and netting a brace. With Ronaldo having already started training with the squad on Tuesday, he should have plenty of time to reacquaint himself with his old club before United’s match against Newcastle at Old Trafford on Saturday.

Cristiano Ronaldo’s homecoming to the Premier League and Manchester United has piqued the interest of most fantasy managers, and properly so. He is one of the greatest players in the game’s history, and his track record speaks for itself. He has 674 goals and 229 assists in 895 games during the course of his long and successful career. He scored 101 goals and 22 assists in 134 appearances for Juventus in the last three seasons (29, 31, and 21 league goals). He is still functioning at a world-class level despite the fact that he is 36 years old.

In Gameweek 4, he returns to the Red Devils against Newcastle at Old Trafford in front of a likely sold-out crowd. The Toon have had a dismal start to the season, losing two of their first three games and having drawn one. They’ve also given up eight goals (18th), 30 attempts in the box (16th), 17 Shots on Target (18th), 11 Big Chances (19th), and an xGC of 7.7 (19th). These are concerning figures for Steve Bruce’s club, as their opponents haven’t really been top-tier competition (West Ham, Aston Villa, and Southampton). Man United, on the other side, have netted seven goals (2nd), attempted 30 shots in the box (5th), and have also averaged an xG of 4.9 (5th).

With the addition of Ronaldo, their offense will certainly improve, and he will undoubtedly lead the charge. Another point worth mentioning is that there’s a good likelihood that he’ll replace Bruno Fernandes (£12.1m) as the penalty and free-kick taker. Although it is only rumor at this time, it is difficult to envision Ronaldo refusing to take penalties for Man United. He has always been the first choice taker at every team he has played for, and he also does so for Portugal. Fernandes is, of course, also Portuguese. He is without a question the best choice for Gameweek 4 if he starts against Newcastle. 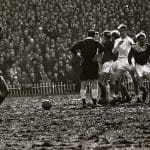 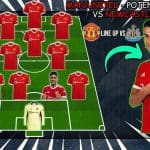 How can Manchester United lineup against Newcastle United? | Premier League 2021/22
Leave a comment