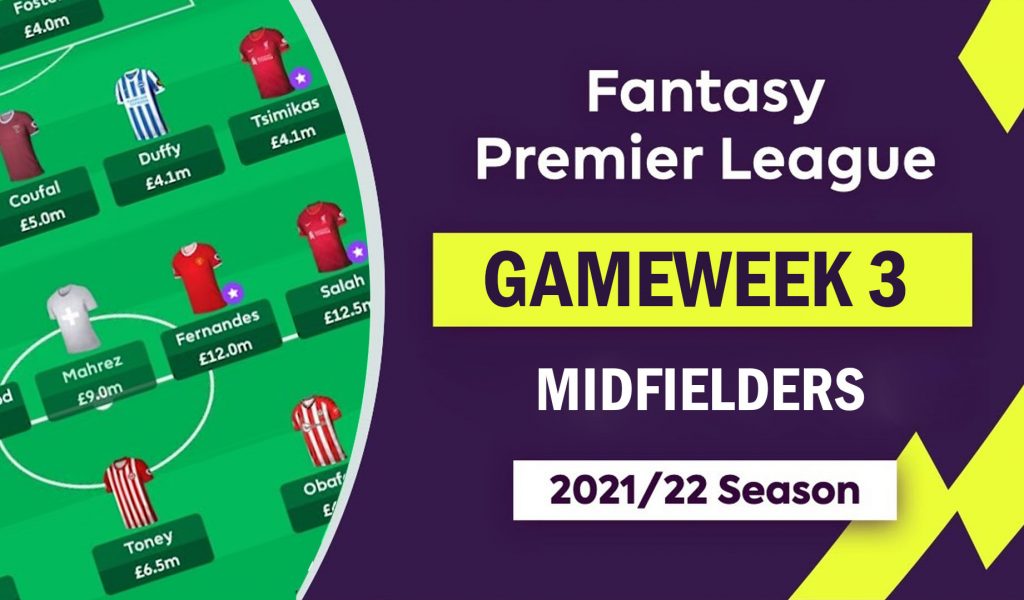 Following a rollercoaster ride in game week two, which saw differentials grab the limelight, game week three marks a pivotal pause in play before a two-week international break. Michail Antonio (£7.7mn) and Reece James (£5.5mn) proved to be the pick of the lot, with both garnering more than 15 FPL points in game week two.

With a tough fixture for Mohamed Salah (£12.6mn) and Bruno Fernandes (£12.1mn) blanking last weekend, differentials could, yet again, be the catalysts going into the next game-week. While the likes of Antonio, Dominic Calvert-Lewin (£8.1mn), and Danny Ings (£8.1mn) fill up the top-three forwards going into the weekend, it is midfielders who are expected to play a pivotal role in game-week three.

Going into the weekend, in this article, we take a look at the midfielders most likely to deliver in the coming fixtures whilst also examining their long-term impact considering the two-week international break following the upcoming game-week.

Much like Benrahma, 25-year-old Demarai Gray has raised a few eyebrows coming into season. Despite failing to register an attacking return in the opening weekend, a nine-pointer against Leeds United in game-week two makes him a bargain in a robust Everton line-up. Having started both games and been only subbed off after sealing the result, Gray’s position and attacking potency make him a unique asset in the midfield.

Having started the season as a creative midfielder, the 25-year-old was deployed as a left-winger against Leeds. Receiving the ball in the penalty box, Gray regained his balance and produced a scintillating finish to push the Toffees into the lead against Leeds last weekend. Though the game ended at 2-2, Gray’s willingness to involve himself in the attacking build-up marks him as a potential differential going into the coming game-weeks. While his next fixture against Brighton may be unconvincing to some, the forward may provide significant returns if he keeps his place and delivers in a relatively easy set of fixtures for Everton following the international break.

Finalising their draft before the opening game week, few expected the Algerian to create a buzz amongst FPL managers. Following an excellent opening weekend which saw him score 12 FPL points, the midfielder maintained his output racking up the same number of points last weekend.

Having scored and assisted one goal in a 4-1 victory over Leicester City, Benrahma was a constant threat in the attacking third. Playing on the left flank, the Algerian often drifted in, thus, taking on players and delivering crosses in the box. Additionally, his late run into the penalty box which resulted in a fine finish into the bottom-left corner of the net, makes him an indispensable asset for game-week three.

Benrahma has evidently formed a working chemistry with Antonio as the striker, with both players boasting ten goals involvements between them. With West Ham hosting Crystal Palace on Saturday, Benrahma is expected to be a vital part of Moyes’ starting line-up as the Hammers look to win their third consecutive game since the start of the season.

Having grabbed his first goal of the season against Everton last weekend, the Brazilian is set to be a vital part of FPL planning for the coming game weeks. Following a disappointing result against Manchester United, Leeds bounced back as Raphinha’s equaliser against the Toffees ensured they grabbed a point at Elland Road.

The attacking midfielder managed to grab eight FPL points last weekend as Leeds travel to Turf Moor facing a defensively vulnerable Burnley on Sunday. With their talisman Patrick Bamford (£8.0mn), yet to score a goal, Burnley offers a significant opportunity for both, Bamford and Raphinha to get their season running and potentially grab a combined double-digit haul in the upcoming game-week.

Provided they gain momentum, a relatively easy set of fixtures following the international break allows Leeds to go on a winning streak, thus, enabling Raphinha to provide handsome returns in a pivotal period for FPL managers. Nevertheless, given his proven potential, the Brazilian is an attractive long-term option to bring in before a potential price in the coming weeks of the season. 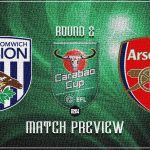 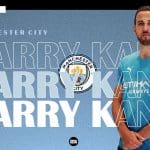 Does Manchester City’s billion dollar squad need Harry Kane? If so ,where is the desperation?
Leave a comment