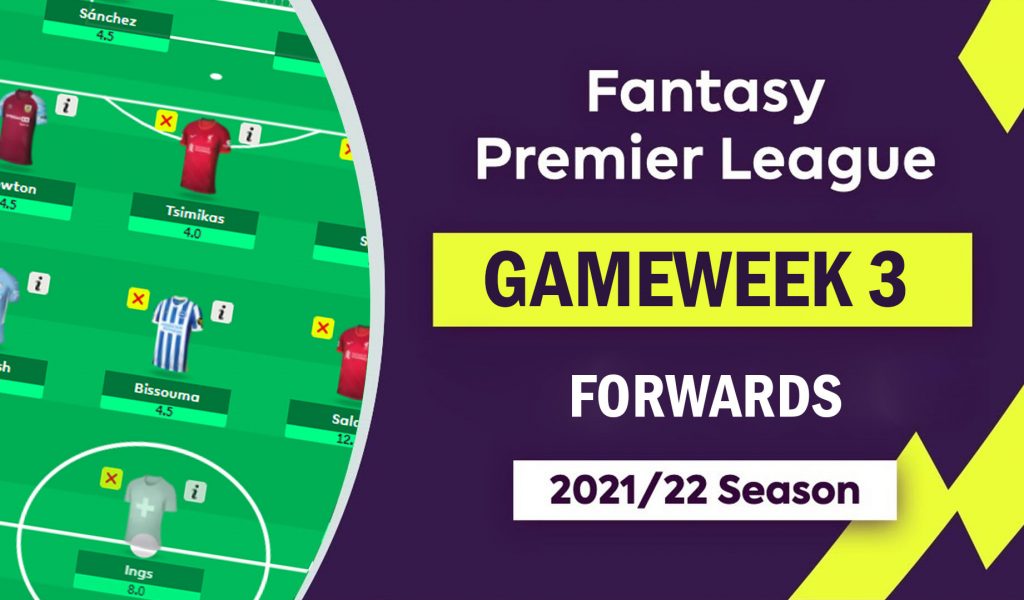 A rollercoaster ride in gameweek two saw the differentials grab the limelight, however, with the weekend fixtures just a couple of days away, the subsequent international break offers the time to ensure drafting in proven and dependable long-term solutions in the forward line.

Michail Antonio’s (£7.7m) consecutive double-digit haul makes him a no-brainer in attack, though, with a promising set of fixtures for the likes of Raul Jimenez (£7.4m) and Patrick Bamford (£8.0m), among others, the coming FPL game-weeks offer several reliable attackers in the forward position.

Going into the weekend, in this article, we take a look at the forwards most likely to provide returns and assess their long-term potential vis-à-vis the fixtures at hand. With managers spoilt for choices, the coming gameweek may be a pivotal point in adding a reliable forward for the long haul.

Despite a distasteful fixture up-ahead, Jimenez may soon begin racking up the points in the coming game-weeks. Though yet to open his account this season, the Mexican striker has been a lively threat in the penalty box. Jimenez is the third-highest for shots taken from within the box (8) and is part of a Wolves side which stands second for the total amount of shots (42) this season.

With Adama Traore (£6.0m) keen on providing the service from the flanks, Jimenez has the potential to develop into an understated asset in the coming game-weeks. With a relatively kind four-week period following the international break, both Wolves and Jimenez have the opportunity to grab points and get their season running.

Provided Wolves maintain their attacking approach and convert their chances, Jimenez is likely to be a major contributor to the team’s goal involvements, thus, making him a mouth-watering prospect going into the campaign.

Having recorded his first attacking return of the season against Everton last weekend, Bamford has the potential to emerge as an impactful differential in the coming weeks. Despite being unable to find the back of the net, a promising performance against the Toffees’ ensured the Englishman is beginning to regain his attacking potency.

The Leeds United talisman provided the assist for Mateusz Klich’s equaliser in the first half and will be hoping to improve his performance in a pivotal clash against Burnley this weekend. Defensively vulnerable and yet to score a point this season, the weekend offers Leeds and their attackers the perfect opportunity to find their first win of the season going into the international break.

With a relatively moderate seven-week period following the international break, Leeds face five clubs who finished in the bottom half last season. The only forward to have not fluctuated in his price range, yet, this season, Bamford’s fixtures make him a strong favourite for an attacking spot amongst an assorted range of candidates going into the weekend.

Having already bagged two goals in the first two games of the season, the Everton striker is off to a formidable start, with his attacking form set to improve in the coming weeks. Now, the team’s primary penalty taker, the striker is not only a threat in the penalty box but also has the opportunity to prove his consistency in providing attacking returns in the coming game-weeks.

Calvert-Lewin stands second for expected goals (2.23xG) overall hitherto, whilst also recording the joint highest number of shots on target (6), the highest number of shots from inside the box (9) and ranks second for big chances (3) this season. The Englishman scored the winner against Southampton in the opening weekend and broke the deadlock in a draw against Leeds United last week.

Given his proven ability and potential to improve, Calvert-Lewin is an attractive prospect going into the weekend. Though a defensively formidable Brighton & Hove Albion may not prove to be the idle fixture, the Englishman has the potential to grab an attacking return and build on his excellent start to the season following the international break. With a friendly fixture list following the break-in play, Calvert-Lewin is the popular pick going into a pivotal weekend.

Ben Mee: The journey of a Manchester City reject to being one of the best defenders in the Premier League
FPL 2021/22: Gameweek 3 – Defenders Watchlist
To Top