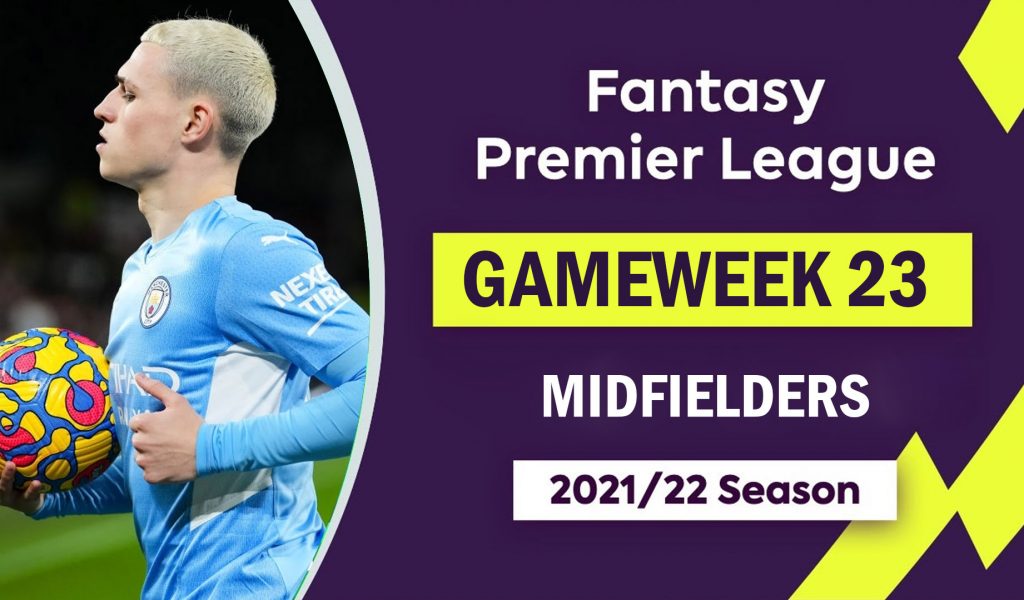 Following yet another surprising game week, we shift our attention to the final match-week for the month as FPL managers fasten their seatbelts for the final phase of the campaign. With the race to gain rank only set to grow tougher and uncertain, it remains inevitable that FPL managers remain calculative and confident in their selections.

Given Mohamed Salah’s (£12.7mn) much-awaited return in game-week 24, FPL managers will be counting in their midfield picks in his absence. Bruno Fernandes (£11.7mn) emerged as the pick of the round, scoring 23 points, while Jack Harrison’s hat-trick landed him just three points shy of the Portuguese in game-week 22.

With FPL managers looking for reliable assets across the midfield, the upcoming weekend provides one with a golden opportunity to reassess their options moving forward. Hence, in this article, we take a look at three midfield assets most likely to deliver favourable returns whilst assessing their short-term potential vis-à-vis their fixture list over the coming weeks.

Having returned twice from his last three league outings, Raphinha emerges as a tempting option ahead of a favourable fixture list for Leeds United. The Brazilian winger remains their top goal contributor with eight goals and two assists and will be hoping to jump back on the radar of FPL managers ahead of the weekend.

Alongside being Leeds’ most prominent threat in attack, the Brazilian currently registers the second-highest number of expected goals (0.38xG) and assists (0.22xA) per game amongst his teammates this season. Additionally, he has also completed the most number of passes (23) into the 18-yard-box and ranks the same for shot-creating actions (67) at the club in the ongoing campaign.

Heading into the weekend on the back of two resounding victories, Leeds will be keen on finding consistent results moving forward. Facing a desperate Newcastle side, Raphinha will be keen on contributing to his team’s search for three points this weekend.

Amongst West Ham’s brightest contributors this season, Bowen continues delivering crucial FPL points. Alongside his six goals and 12 assists, the winger has been consistently impressive and is likely to attract more suitors ahead of a tempting run of fixtures.

With West Ham keen on holding onto their place in the table, it remains to be seen if the Irons’ find consistent results moving forward. However, facing an unpredictable Manchester United side this weekend, Bowen will be keen on testing the home side’s defence and look forward to increasing his tally heading into a favourable run of fixtures.

Although having registered a goal in his last two outings, Foden remains likely to increase his tally over the coming weeks. With a run of favourable fixtures ahead, the midfielder will be keen on improving his performances as Manchester City look to maintain their position at the top in the race for the title.

Foden currently registers the third-highest number of expected assists (0.32xA) per game amongst his teammates this season. Additionally, he also accounts for the fourth-highest number of carries (24) into the 18-yard-box and remains amongst City’s most prominent threats across the attacking third.

Facing a Southampton side yet to keep a clean sheet in over five games this season, City will be keen on a comfortable three points this weekend. With Foden in need of increasing his contributions, the midfielder emerges as the likeliest of City’s attackers to deliver a favourable return on Saturday.