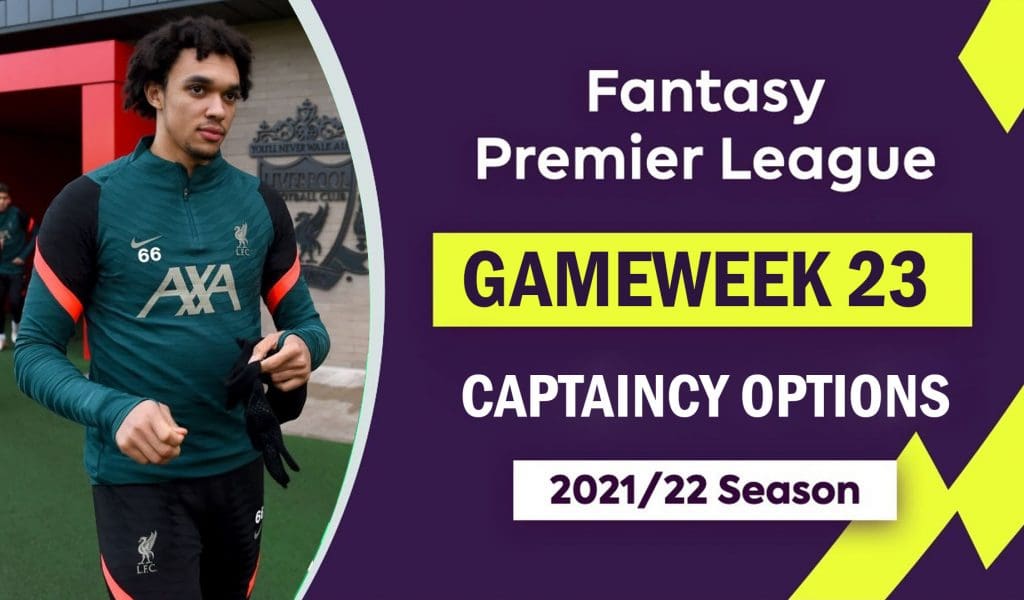 In these unpredictable times, when all of a Fantasy Premier League manager’s study and planning might be thrown out the window, as it has for me, there are still a few managers who are going strongly.

Gameweek 23 has a fair amount of fixtures this weekend, unless COVID has other plans. As the Premier League has been granted permission to arrange fixtures during this international break, a few teams may have a double or triple game week.

This might mean that teams with fewer players departing for the international break could be allowed to play Premier League games during the break, allowing them to make up for some of the time lost throughout the season.

Keeping that in mind, let us have a look at a few of the captaincy options for this Gameweek:

Bruno Fernandes has seven goals and three assists with 18 Shots in the Box and an xG of 3.99 as of this writing. He’s also generated 57 Chances with a 5.45 xA. (3rd). He hasn’t been as good as last season, but he’s still up to the challenge of massive catches, as we’ve seen.

Bruno concluded his full debut season as the game’s leading scorer with an amazing 244 points. He scored 18 goals and added 14 assists for a total of 32 attacking contributions.

In Gameweek 23, Manchester United host West Ham United at Old Trafford. With an xGC of 31.4, the Hammers have allowed 30 goals. They’ve had a good season so far, sitting fourth in the league, but they’ve been conceding a lot recently. Manchester United have so far scored 32 goals and have an xG of 32.1 which are the sixth-highest figures in the league respectively.

Injury problems to first-choice center backs Angelo Ogbonna and Kurt Zouma, as well as Vladimir Coufal and Aaron Cresswell, this seems likely. United will, of course, benefit greatly from the absence of center backs.

Kevin De Bruyne has picked up four goals and an assist and also has 20 shots in the box along with an xG of 2.82. He has also generated an xA of 4.86 while creating 45 chances.

In Gameweek 23, Manchester City travel to St. Marys to face Southampton. With an xGC of 33.4, the Saints have allowed 33 goals. They are in the bottom five when it comes to defending and hence it will be a very tough game for Hassenhuttl’s men.

City have an excellent goalscoring record with 54 goals and an xG of 51.0 which ranks them second in the league in terms of these statistics. They have also scored a whopping 21 goals in their last six league games. It will be a difficult job for Southampton to keep De Bruyne and this City team silent and hence is a sure-shot FPL captaincy pick for this weekend’s games.

Trent has now tallied 10 assists this season, putting him on pace to break his own record of 13 assists by a defender in a single season, which he accomplished in 19/20, breaking the previous mark of 12 set in 18/19. This is simply incredible return on investment for a player, and I don’t see it slowing down this season. Liverpool have lost a lot of their attacking flair with Salah and Mane still away at the AFCON competition, but they showed they still have a lot of talent in their bag with a 3-0 win against Brentford last weekend. With Salah and Mane out, the fullbacks are Liverpool’s greatest threat.

Aggregating 10 shots in the box and an xG of 2.08, he now has two goals. With an xA of 7.18, the right-back has also generated 60 chances. He’s a must-have FPL asset who’s putting up attacking numbers that any midfielder would be delighted of.

In Gameweek 23, Liverpool will face Crystal Palace (a). The Eagles have done well in the offensive zone, scoring 30 goals (8th) and having a 27.9 xG. (8th). They will, however, be up against a tough defence this week. The Reds have surrendered 18 goals (3rd), with an xGC of 21.3 (3rd), and have spent the entire season among some of the league’s three leading defenses.