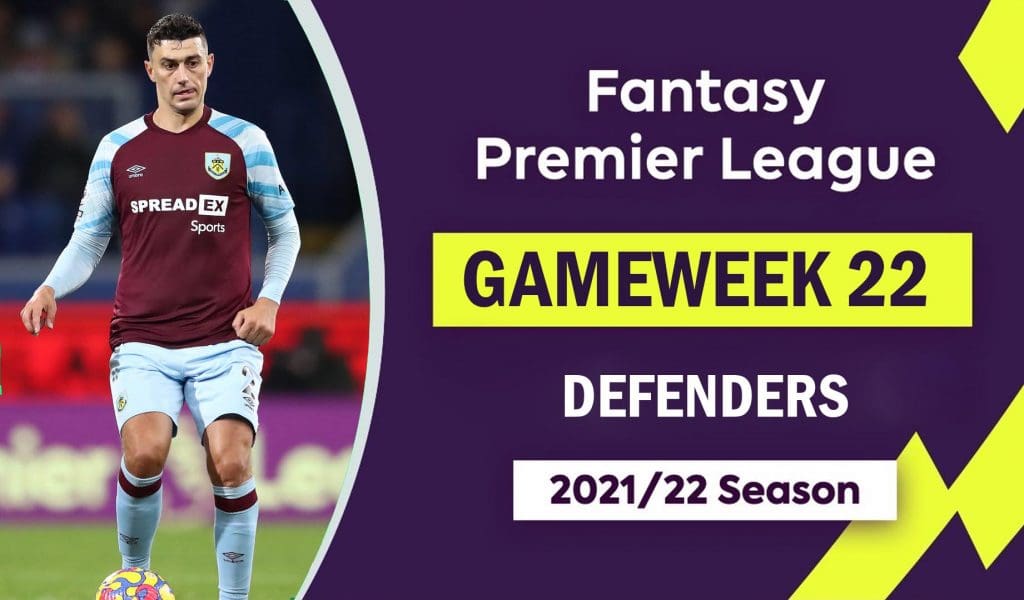 GW22 of the Premier League season is a double gameweek where a number of teams will face two opponents over the course of the week. To keep their status or to jump up the ranks in their leagues, FPL managers will hope to bring in the best defensive choices considering that many teams will face two teams in the same week, and here are a few of our preferred options.

The first name on our list is a budget option in the form of Burnley’s Matthew Lowton. A pair of home matches for Burnley lifts the appeal of Lowton for GW22. The Clarets are among only two sides to play at home twice in the upcoming round of fixtures, entertaining Leicester City and Watford. Lowton has been a major success in recent outings at Turf Moor, totalling 27 points in his previous four appearances. The English full-back has combined a goal and an assist with two clean sheets and four bonus points over that run, and could prove to be a good differential option.

The next name on our list is Tottenham Hotspur fullback Emerson Royal. Priced at £5.0m, Royal is a medium-priced option who has witnessed an upturn in his fortunes in recent weeks – the arrival of Antonio Conte has transformed the Spurs defender’s prospects in the Fantasy Premier League. Playing as a wing-back now instead of a full-back, Royal has averaged 5.1 points per match under the Italian thanks to his all-round contribution. He has combined an assist with four clean sheets and six bonus points in seven appearances for Conte. Spurs’ encounters with Arsenal and Leicester give him the chance to bring in more returns at both ends of the pitch.

The last name on our list is a familiar face in the form of Trent Alexander-Arnold. Priced at £8.4m, the Liverpool full-back has established himself as a must-have defender in your FPL teams for the past couple of seasons – but the Englishman has reached a new level in the 21/22 season. Even though he is the most expensive defender in the league, Alexander-Arnold justifies his price tag with his ability to get goal involvements from defence – which has reached its peak as the defender has already scored two goals and made nine assists. A home outing against Brentford this weekend consolidates his credentials to be in your FPL team if he is not already.