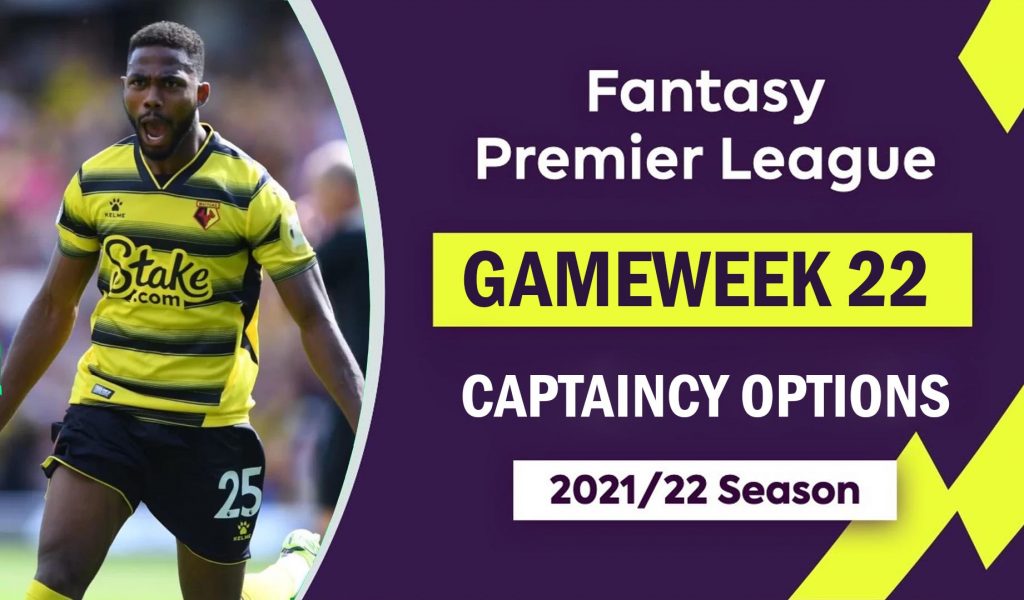 GW22 of the Premier League season is a double gameweek where a number of teams will face two opponents over the course of the week. To keep their status or to jump up the ranks in their leagues, FPL managers will hope to bring in the best defensive choices considering that many teams will face two teams in the same week, and here are a few of our preferred options.

Emmanuel Dennis (£6.1m) has the form and fixtures to provide managers in Fantasy Premier League with a strong captaincy option for Double Gameweek 22. The forward has returned to full training ahead of Watford’s visits to two of the bottom three sides, Newcastle United and Burnley. Dennis has the second-most FPL points among forwards thanks to his all-round output, scoring eight goals and supplying six assists. The Nigerian has been a huge success under Claudio Ranieri, averaging 6.8 points per match in his 10 outings for the Italian head coach.

The second name on our list is Chelsea midfielder Mason Mount. Priced at £7.7m, Mount offers a midfield alternative to put your team’s armband on – the Englishman has been in commendable form going into the two visits to Manchester City and Brighton & Hove Albion. Despite a slow start to the season with respect to goal involvements, Mount has stepped it up a notch in the last few games – and will go into this Double Gameweek off the back of four goals and three assists contributing to 49 points in his last eight matches. The 23-year-old has a total of seven goals and five assists in the Premier League this season, and will look to further improve that tally when he visits the champions as well as Brighton this coming week – helping his team win both games.

The final name on our list is Tottenham Hotspur forward Harry Kane. Priced at £12.2m, Kane has developed a reputation as one of the deadliest strikers in the division for the last couple of years, but the English forward had a very slow start to his season by his lofty standards. However, Kane has stepped up his output under Tottenham Hotspur’s new head coach Antonio Conte, scoring in three of the last four Gameweeks. The Spurs forward has a prolific record against both his Gameweek 22 opponents, Arsenal and Leicester City. Kane has averaged 7.1 points per home match against the Gunners, and 9.0 points per away match against Leicester – a tally that includes his career-high haul of 24 points at the King Power Stadium in 2016/17.