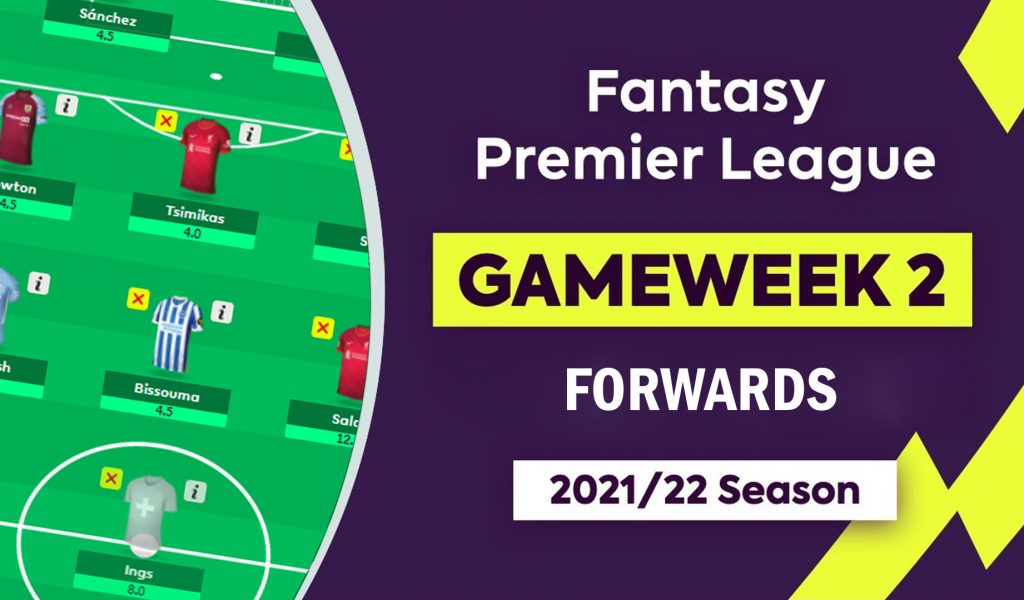 An enticing first weekend in FPL saw many managers find their momentum early on as both Bruno Fernandes and Mohamed Salah delivered on the pitch. Boasting a total of 37 points between them, the two-highest selected midfielders seemingly cemented their spot for the coming game-weeks. However, while both were expected to provide excellent returns, it is the forwards who hold the cards for the upcoming weeks.

Admirable performances by Michail Antonio, Dominic Calvert-Lewin, and Callum Wilson, among others, have given them the nod within their price brackets. On the other hand, a promising start by Ivan Toney and an unlikely candidate in Watford’s Emmanuel Dennis have snuck in contention ahead of a kind set of fixtures for both forwards.

Going into the weekend, in this article, we take a look at the forwards most likely to deliver in the upcoming weekend whilst also assessing their potential impact in the coming game-weeks.

Not the start Fantasy Premier League managers expected, Toney failed to score or assist, however, showing promising signs of his potential against a physical Arsenal backline last weekend. The Brentford striker functioned as a target man at the top, holding up the ball and successfully creating space for his teammates in the final third. With Crystal Palace up next, Toney is amongst the favourites to provide returns this weekend.

As the team’s primary penalty taker, the striker offers a bonus over his ability to attack the front post on crosses and set-pieces while his contributions (41) from last season speak for themselves. A 3-0 defeat on the opening weekend saw Crystal Palace barely threaten a formidable Chelsea set-up. Palace conceded 13 shots (x5 within the box, x6 on target), comprising one big chance against the Blues.

While Toney did not significantly impact Brentford’s goals against Arsenal last weekend, the Englishman is expected to hit the ground running in the coming weeks. The game against Crystal Palace offers him the perfect opportunity to mark his arrival in the Premier League with Fantasy Football Hub’s points prediction took expecting him to amass over five points this weekend. With a kind fixture list, for the potential on offer, Toney is a worthy consideration going into the game against Palace.

Carrying on his excellent form from last season, Calvert-Lewin played a dominant role in Everton’s 3-1 comeback against Southampton last weekend. The Englishman’s winner in the 81st minute sealed the game as he grabbed seven FPL points from his first outing. Facing Leeds this week, Calvert-Lewin may well be amongst the favourites to hit double-digits this weekend.

The striker was heavily involved in Everton’s opening fixture against the Saints. Calvert-Lewin’s total of five shots from inside the box accounted for the highest, while his two shots on target were second-highest between both sides. Everton launched offensively potent attacks against Southampton, accounting for 14 shots on target with an expected goal percentage (xG) of 2.41 – fourth-highest – on the opening weekend.

With a wounded Leeds to face this weekend, Calvert-Lewin is expected to thrive off crosses and make the most of his chances against a defensively vulnerable side. Leeds conceded the second-highest amount of shots from within the box (12), on target (8), and three big chances in their opening fixture against Manchester United, with Bielsa, once again, expected to adopt an openly offensive approach later today. Nevertheless, with a relatively moderate set of fixtures until game-week seven, Calvert-Lewin is a tempting prospect to transfer in before he rises in value.

Despite blanking in game-week, Bamford still holds value for the upcoming game-week(s). The Englishman is Leeds’ central striker and will be involved in most of Leeds’ goals this season. In their bid to secure a European football next season, Bielsa is likely to adopt a similar approach from last season, thus, rendering Leeds a formidable attacking force on the pitch.

Though having suffered a disappointing loss at Old Trafford last weekend, Leeds still managed to penetrate United’s defences. Bielsa’s squad recorded ten shots, including three on target, three within the box, and two big chances. In anticipation of their game against Everton later today, many expect the clash to be a high-scoring affair. Provided Leeds convert their chances and succeed in pressuring Everton’s backline, Bamford may be the pick of the lot, offering a potential double-digit haul, thus, setting him up perfectly for yet another high-intensity match-up against Liverpool next weekend.