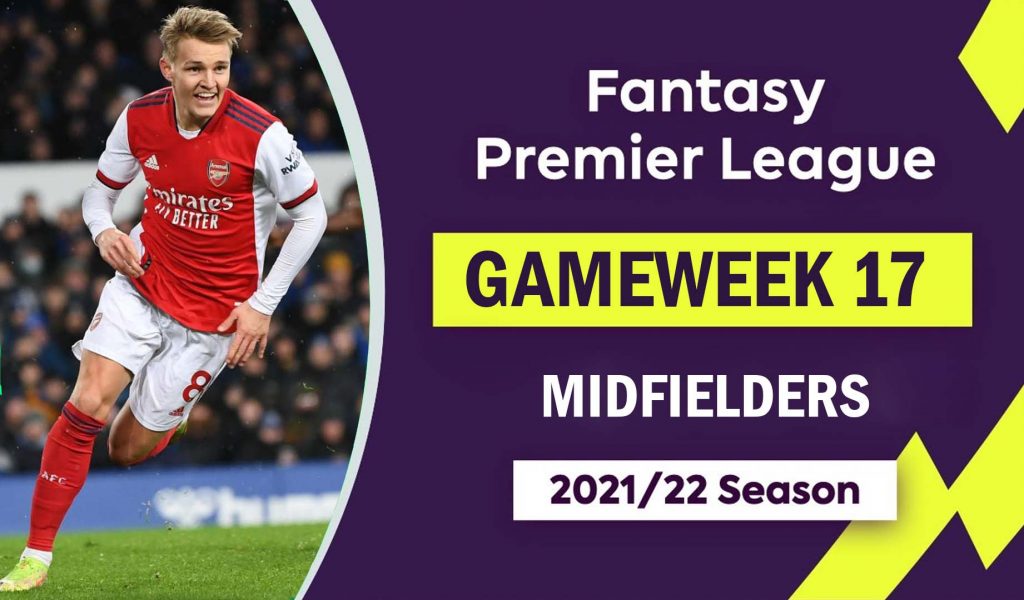 Following a riveting weekend, we turn our attention to gameweek 17 as the Premier League fixtures begin to pile up over the coming weeks. To many FPL managers’ expectations, differentials across all positions, once again, delivered indispensable returns in what culminated into a relatively high-scoring game week for most managers.

With many games ending in tight score-lines, captaincy selections played a vital role in deciding one’s overall ranks last weekend. Amongst the Fantasy Premier League premiums, Cristiano Ronaldo (£12.5mn) and Mohamed Salah (£13.1mn) emerged as stand-outs, while the likes of Conor Gallagher (£6.1mn) and James Maddison (£6.8mn), among others, shone through with substantial returns in game-week 16.

Given the pursuit for consistent returns only set to grow over the coming weeks, the midfield remains the likeliest of positions in aiding the accumulation of points moving into a busy period of fixtures. Hence, in this article, we take a look at three midfield assets most likely to deliver appealing returns in GW17 while also assessing their potential ahead of a relentless period of football over the coming weeks.

Amongst Arsenal’s most promising performers this season, the Norwegian international’s contributions have proven pivotal to the team’s upturn in results in recent weeks. Odegaard has scored three of his four goals, hitherto, in Arsenal’s last three fixtures, and is expected to remain a vital part of their creative prowess moving forward.

With a favourable set of fixtures until the turn of the year, Arsenal will be hoping to maintain their challenge for a top-four spot in the coming weeks. Provided the Gunners succeed in delivering a decent performance against West Ham, Odegaard remains amongst the likeliest of their attacking assets to deliver a return in game-week 17.

Likely to increase in appeal over the coming weeks, Gallagher set a remarkable precedent against Everton – scoring 15 points – in game-week 16. The midfielder has already registered six goals and five assists and remains Crystal Palace’s most impactful player in the current campaign.

Gallagher tops the chart for shot-creating actions (65) and registers the third-highest number of passes into the 18-yard-box (14) amongst his teammates this season. Moreover, the midfielder also records a decent number of expected assists (0.20xG) per game whilst ranking second for expected goals (3.6xG) this season.

Facing an unpredictable Southampton side struggling to keep clean sheets in the ongoing campaign, Palace will be keen on building upon their impressive result against Everton. Having been the Eagles’ most in-form player, Gallagher remains the likeliest of Palace’s assets to deliver attacking returns in the upcoming game week.

Having delivered three consecutive returns (31pts.) heading into game-week 17, Mount emerges as an appealing differential candidate for the armband against Everton. Although Chelsea continues enduring a rough spell of form, the midfielder remains among their more reliable performers on the pitch.

The midfielder has already registered three double-digit hauls this season and emerges as Chelsea’s most potent threat upfront. Moreover, Mount tops the chart of goal contributions (11) at the club and is a consistent threat in the attacking third; registering the highest number of passes completed into the 18-yard-box (21) and the second-highest number of shot-creating actions (36) this season.

With several premiums awaiting a favourable fixture in the upcoming match-week, Mount emerges as a tempting option ahead of a decent set of ties. Facing a defensively vulnerable Everton side, the midfielder is expected to remain amongst the likeliest of Chelsea’s options to deliver considerable returns in game-week 17. 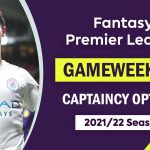 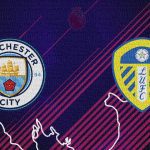