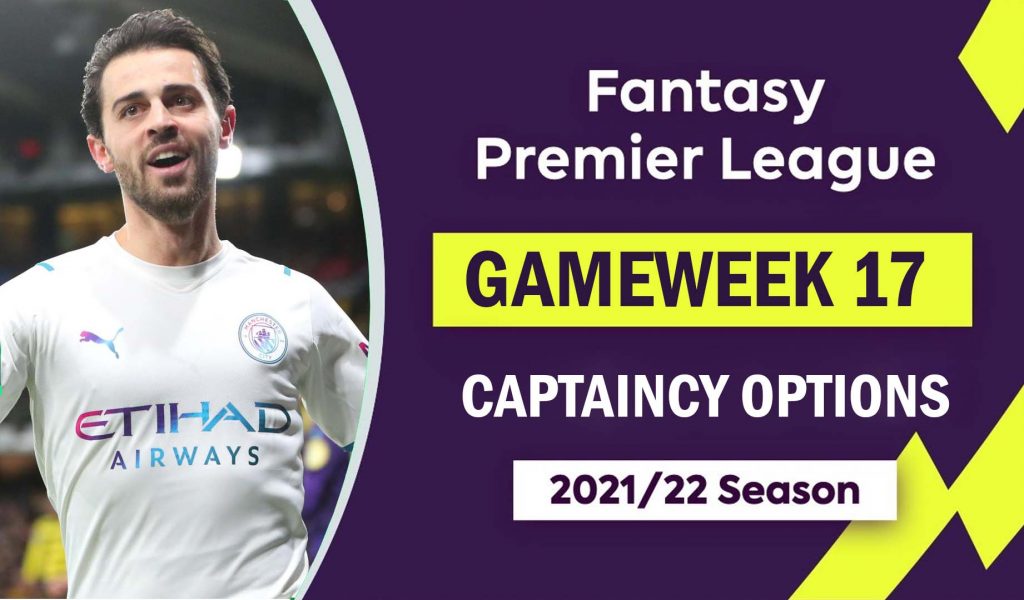 Following a riveting weekend, we turn our attention to gameweek 17 as the Premier League fixtures begin to pile up over the coming weeks. To many FPL managers’ expectations, differentials across all positions, once again, delivered indispensable returns in what culminated into a relatively high-scoring game week for most managers.

With many games ending in tight score-lines, captaincy selections played a vital role in deciding one’s overall ranks last weekend. Amongst the Fantasy Premier League premiums, Cristiano Ronaldo (£12.5mn) and Mohamed Salah (£13.1mn) emerges as stand-out, while the likes of Conor Gallagher (£6.1mn) and James Maddison (£6.8mn), among others, shone through with substantial returns in gameweek 16.

Given the pursuit for consistent returns only set to grow over the coming weeks, the armband is likely to remain a determining factor in the accumulation of points moving into a busy period of fixtures. Hence, in this article, we take a look at three assets most likely to deliver an appealing return in gameweek 17 while also assessing their potential ahead of a relentless period of football.

Having delivered three consecutive returns (31pts.) heading into game-week 17, Mount emerges as an appealing differential candidate for the armband against Everton. Although Chelsea continue enduring a rough spell of form, the midfielder remains among their more reliable performers on the pitch.

The midfielder has already registered three double-digit hauls this season and emerges as Chelsea’s most potent threat up front. Moreover, Mount tops the chart of goal contributions (11) at the club and is a consistent threat in the attacking third; registering the highest number of passes completed into the 18-yard-box (21) and the second-highest number of shot-creating actions (36) this season.

With several premiums awaiting a favourable fixture in the upcoming match-weeks, Mount emerges as a sly option for the armband. Facing a defensively vulnerable Everton side, the midfielder is expected to remain amongst the likeliest of Chelsea’s options to deliver considerable returns in game-week 17.

Much like Mason Mount, Silva, too, emerges as a reliable option for the armband in game-week 17. The midfielder’s contributions have been vital to Manchester City’s results this season and he is expected to increase his tally over the coming fixtures.

Having already registered seven goals and three assists, the Portuguese international currently stands as the club’s highest goal-scorer this season. Additionally, Silva is amongst the team’s most prolific creators, having accounted for the highest number of shot-creating actions (55) while registering the second-highest number of carries into the 18-yard-box (48) this season.

Facing a proactive Leeds side on Tuesday, City will be keen on maintaining their winning momentum heading into a busy period of fixtures. Provided City dominate the visitors, Silva remains the likeliest of the home side’s assets to deliver favourable returns at the Etihad.

Amongst Liverpool’s most consistent assets this season, Alexander-Arnold emerges as a tempting option for the armband this game week. The full-back has already registered a goal and seven assists in the ongoing campaign and is likely to register his sixth double-digit haul facing Newcastle on Thursday.

While Mohamed Salah remains the obvious option for the armband, Alexander-Arnold certainly possesses the potential to outscore the Egyptian this game week. The full-back currently registers the highest number of passes into the attacking third (89) and 18-yard-box (39) amongst his teammates and could potentially bear the fruits of his potential facing an underwhelming Newcastle side in game-week 17.

With Liverpool expected to secure a comfortable victory, Alexander-Arnold will be hoping to deliver a remarkable performance on Thursday. Provided the Reds remain dominant, the fixture against Newcastle could see several of the home side’s assets deliver mouth-watering returns in the upcoming match-week.