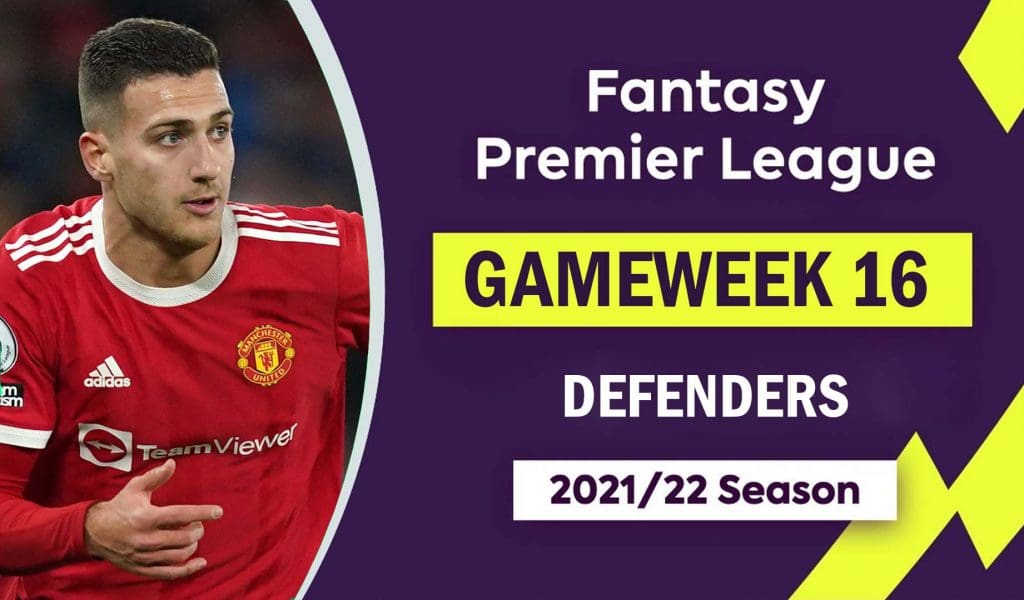 After a rollercoaster ride last weekend, we turn our attention to gameweek 16 as FPL managers prepare their teams ahead of a demanding Christmas period. Amongst the premiums, Mohamed Salah (£13.1mn), once again, remained consistent, while the likes of Harry Kane (£12.2mn) and Cristiano Ronaldo (£12.3mn), amongst others, failed to make the most of their opportunities last weekend. In addition, differentials across the midfield and backline added to their appeal, with the likes of Mason Mount (£7.5mn), Ben Davies (£4.4mn), and Ezri Konsa (£4.9mn), amongst others, producing appealing returns ahead of a favourable set of fixtures.

With several premiums struggling to produce clean sheet points, defensive selections are likely to emerge as a significant determinant going forward. Given the range of options across the midfield and forward line, it is vital Fantasy Premier League managers remain accurate in their defensive picks. Hence, in this article, we take a look at three FPL defenders most likely to improve their output whilst remaining a consistent pick in the starting line-up throughout the busy period of fixtures.

Having delivered noteworthy performances in recent games, Dalot is likely to retain his place at right-back under the new management. Although the Portuguese is yet to register an attacking return, given United’s relatively improved performance against Palace, Dalot looks set to increase his goal contributions over coming weeks.

The right-back’s adaptability to the proactive 4-2-2-2 system combined with United emerging as a defensively solid team could potentially benefit his output over the coming weeks. Given a relatively favourable set of fixtures over the coming months, Dalot could emerge as a reliable option, starting this weekend.

Although Coufal is yet to retain his place following his return from injury, the full-back is likely to be utilized over the coming month. Given West Ham’s lack of clean sheets, Coufal provides the much-needed defensive discipline whilst being a prominent threat in the attacking third. For instance, the full-back ranks fourth for passes completed (13) into the 18-yard-box and the same for expected assists (0.16xA) amongst his teammates this season. Further, given West Ham’s injury concerns, Coufal’s contribution will be vital if the Irons are to maintain their pursuit for top-four.

Facing a robust Burnley side this weekend, West Ham will be keen on building upon their remarkable victory against Chelsea in match-week 15. Provided Coufal gradually improves his performances, the full-back could emerge as a tempting option given West Ham’s favourable run of fixtures over the coming month.

An impressive display saw Kieran Tierney mark his return to the starting line-up with a double-digit (12) haul against Everton on Monday. Although Arsenal are currently enduring a rough spell of results, given their decent set of fixtures, Tierney is likely to remain a major contributor to their improvement going forward.

The left-back currently ranks fifth for passes completed (12) into the 18-yard-box and is a major contributor to the team’s attacking prowess. Additionally, provided he remains fit, Tierney remains the likeliest of Arsenal’s assets to improve their returns over the coming fixtures.

Facing an unpredictable Southampton this weekend, Arsenal will be hoping to secure a comfortable victory given their poor run of results. Provided the Gunners witness an upturn in form, Tierney is likely to play an important role in their improvement going forward.