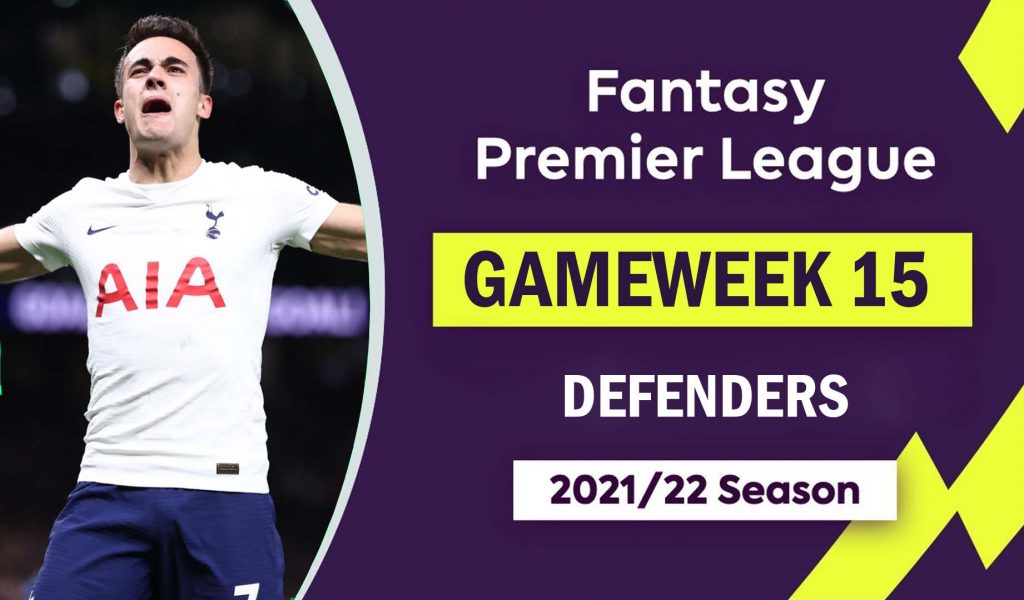 Following a topsy-turvy set of mid-week fixtures, we shift our attention to the weekend as FPL managers prepare for gameweek 15. Kicking-on from mid-week, differentials in all positions are, once again, expected to play a vital part going into the next couple of weeks, given a limited range of consistent premiums across the board. Further, with the number of clean sheets drying up, the backline emerges as a pivotal part for Fantasy Premier League managers to gain rank over a busy period.

While many expected the likes of Joao Cancelo (£6.7mn) and Trent Alexander-Arnold (£8.0mn) to increase their incredible points tally in game-week 14, it was Andy Robertson (£7.0mn) and Ruben Dias (£6.0mn), amongst the premiums who delivered substantial returns. Meanwhile, Leeds Liam Cooper (£4.5mn) topped the round in his category, at the time of writing, while the Wolverhampton Wanderers’ backline kept their third consecutive clean sheet against Burnley on Wednesday.

With games coming thick and fast, FPL managers are likely to find themselves on their toes over the coming weeks. Hence, to narrow down the options, in this article, we shortlist three defenders likely to remain a consistent name on the team sheet whilst being a dependable option vis-à-vis upcoming league fixtures.

Amongst the most captivating players at Brighton & Hove Albion, the right-back has been a ball of energy after he returned from a long-term injury in early November. Although the Seagulls are yet to win a league game since game week five, Lamptey’s return has added to their prospects of moving up the table in the coming weeks.

Despite starting only three games, the youngster has already registered two clean sheets and an assist in the ongoing campaign. His cameo against West Ham saw him provide the assist for the equaliser at the Amex Stadium on Wednesday. Moreover, in his small number of appearances, Lamptey is already topping the charts for expected assists (0.22xA) amongst his teammates this season.

With a trip to Southampton on schedule, the visitors will fancy a victory this Saturday. Although many expect both teams to play out a draw, Lamptey’s inclusion could be a deciding factor if the Seagulls are to secure their first league victory since September this weekend.

A pivotal part of Crystal Palace’s successes, Guehi’s presence continues to provide a stable foundation for Patrick Vieira’s side this season. The centre-back’s goal-contributions combined with his defensive attributes have been vital to Palace’s results, and with a turn in fixtures, Guehi will be hoping to convert their draws into wins over the coming weeks.

The youngster has already registered two goals and four clean sheets in the ongoing campaign. Further, Guehi has not only been pivotal to Palace’s backline but has been key in the build-up play. The centre-back ranks first for passes completed (57) into the final third of the pitch and ranks fifth for expected goals (1.5xG) amongst his teammates this season.

Facing a jovial Manchester United this weekend, Palace will be hoping to dampen the spirits at Old Trafford. Given their decent record against the traditional top-six teams this season, Guehi’s performance will be vital if the visitors are to gain a boost in momentum ahead of a favourable set of fixtures until the turn of the year.

Arguably, Spurs’ most reliable defender in the first-team line-up, Reguilon is expected to play a major role if Antonio Conte can improve their results over the remainder of the campaign. The club’s joint second highest-scoring (50) FPL asset this season, Reguilon is likely to increase his tally given the club’s favourable set of fixtures over the coming weeks.

Despite being part of an inconsistent side, the Spanish left-back has been amongst the promising performers, having a goal and two assists in addition to his four clean sheets this season. Moreover, Reguilon also accounts for the most number of passes completed (15) into the 18-yard-box and ranks fourth for shot-creating actions (21) amongst his teammates.

Facing a Norwich side gaining traction heading into the Christmas period, Spurs will be wary of avoiding any hiccups this Sunday. Provided the Lilywhites succeed in producing a reassuring performance, Reguilon is likely to play a vital part in contributing to the team’s overall improvement in results and on the pitch over the coming weeks, starting this evening against Brentford.