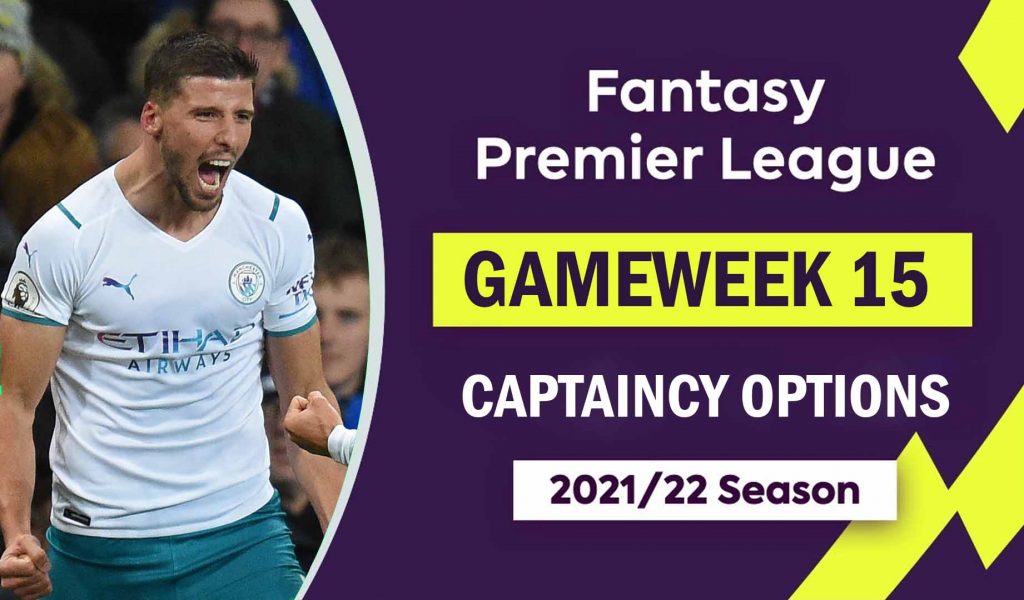 Following a topsy-turvy set of mid-week fixtures, we shift our attention to the weekend as FPL managers prepare for game-week 15. Kicking-on from mid-week, differentials in all positions are, once again, expected to play a vital part going into the next couple of weeks, given a limited range of consistent premiums across the board. Further, with the number of clean sheets set to dry up and goals likely to increase, the captaincy role emerges as a pivotal factor for Fantasy Premier League managers to increase rank over a busy period.

While many expected the likes of Joao Cancelo (£6.7mn) and Trent Alexander-Arnold (£8.0mn) to increase their incredible points tally in game-week 14, it was Andy Robertson (£7.0mn) and Ruben Dias (£6.0mn), amongst the premium defenders who delivered substantial returns. In other positions, Mohamed Salah (£13.0mn) continued his rampant goal-scoring form against Everton, with all of Bernardo Silva (£7.3mn), James Maddison (£6.7mn), and Emmanuel Dennis (£5.4mn) adding to their credentials ahead of the weekend.

With games coming thick and fast, FPL managers are likely to find themselves on their toes over the coming weeks. Hence, to narrow down the options, in this article, we shortlist three players likely to remain a consistent name on the team sheet whilst being a reliable option for the armband vis-à-vis upcoming league fixtures.

The Gunners’ most promising attacker this season, Smith-Rowe could play a major part if Arsenal are to secure a European spot at the end of the campaign. The youngster’s contributions have been instrumental to the team’s tremendous run of form. Smith-Rowe has already scored four goals and provided two assists this season, as the Gunners prepare for their game at Old Trafford this evening, ahead of next week’s trip to Goodison Park.

The midfielder currently boasts the highest number of goal contributions (6) and ranks third for expected goals (2.2xG) amongst his teammates this season. Additionally, Smith-Rowe has also completed the most number of passes into the 18-yard-box (16), registering the second-highest number of shot-creating actions (35) at the club.

Facing an Everton side sinking under pressure, Arsenal head in as overwhelming favourites for the win. Provide the Gunners build upon a positive result later this evening, Smith-Rower is likely to remain a major contributor to their attacking prospects going into the remainder of the campaign.

An insurmountable pillar at the heart of Manchester City’s defence, Dias’s contribution will be vital if Guardiola’s team are to keep themselves in the race for the title. The centre-back’s contributions across the pitch have been pivotal to City’s results this season and he will be expected to maintain his steady form going into a busy period of fixtures.

Alongside registering six clean sheets, Dias has also recorded a goal and an assist this season. The Portuguese international has completed the fifth-highest number of passes (72) into the attacking third and remains an ever-reliable threat on set-pieces.

With Joao Cancelo (£6.7mn) expected to be granted a rest anytime soon, Dias is more than capable of delivering attacking returns starting this weekend. Provided City maintain their stable run of form, the centre-back could potentially increase his attacking contribution over the coming weeks.

Amongst those expected to substantially increase their returns over the coming weeks, Sunday’s fixture offers Ronaldo the perfect opportunity to set a marker going forward. The Portuguese has been vital to United’s results across Europe but has failed to replicate the same in the league, with equal impact.

Ronaldo has scored four goals and provided two assists this season. The Portuguese boasts the highest number of expected goals (4.2xG) and remains the team’s most clinical attacker, registering 3.78 shots/90 at his club in the ongoing league campaign. With a favourable run of fixtures until March, the Red Devils will be relying on him to snake their way into the top four before the end of the campaign.

Hosting a Crystal Palace struggling to keep clean sheets, Ralf Rangnick’s appointment is likely to provide the indispensable boost to the home side on Sunday. Provided the Portuguese is included in the starting XI, the weekend’s fixture could be a turning point in the Red Devils’ fortune for the remainder of the campaign. 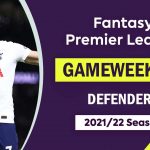 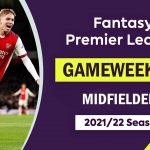