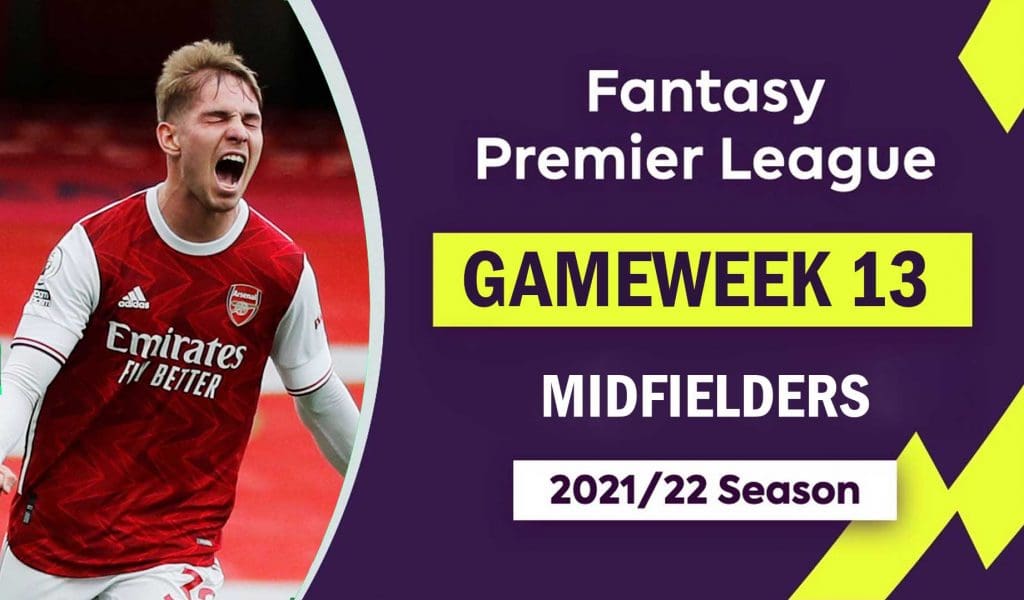 After a relatively high-scoring weekend last time around, we shift our attention to gameweek 13 as FPL managers prepare their teams ahead of a demanding set of fixtures across the league table. Undeniably the most valuable Fantasy Premier League asset this season, Mohamed Salah (£13.1mn), yet again, fulfilled expectations delivering an attacking return in his 10th consecutive game last weekend. Conor Gallagher (£6.0mn), too, delivered a remarkable performance; producing an attacking return in three consecutive games while Bernardo Silva (£7.2mn) added to his appeal, having registered his second return in two consecutive games last weekend.

With the season expected to grow increasingly intriguing and the title race set to heat up over the next couple of months, GW13 offers FPL managers a tremendous opportunity to prepare for the long haul. While the lack of reliable attackers continues impeding long-term strategies, it’s the midfield where one expects to find the most value going ahead. Though the early bloomers have failed to build on their exceptional start to the campaign, mid-priced differentials combined with emerging semi-premium options are likely to sustain one’s appetite for points over the next few months.

Given the need to shortlist the eligible talents whilst maintaining a flexible balance across the team, in this article, we take a look at three midfielders most likely to offer exquisite value vis-à-vis their fixture list and potential to provide considerable returns starting this weekend.

Amongst Arsenal’s most stimulating performers, Smith-Rowe has seemingly begun to find his stride this season. The young midfielder immensely contributed to the club’s ten-game unbeaten streak – earning him a national team debut – before the loss to Liverpool, and is expected to remain a vital cog in Arteta’s set-up.

Smith-Rowe has already registered four goals and two assists and produced two double-digit hauls this season. Further, the midfielder has been pivotal to Arsenal’s attacking prowess, having created registered ten shots on target (1.97xG) and created 15 chances (1.70xA) during the ongoing league campaign.

Facing a feeble Newcastle side, Smith-Rowe is expected to majorly contribute to the visitors’ prospects of a result this weekend. Provided the Gunners create numerous goal-scoring opportunities, the youngster is likely to find himself on the score-sheet before heading into a favourable set of fixtures over the next few game-weeks.

Expected to remain Liverpool’s focal point in attack given Roberto Firmino’s (£8.8mn) hamstring injury, Jota is likely to increase in value provided he registers consistent attacking contributions over a series of favourable fixtures. Although the Portuguese international has repeatedly failed to cement his place in the starting line-up, given Liverpool’s rampant form, Jota could emerge as a consistent option starting this weekend.

The winger has accounted for five goals and an assist in nine starts whilst having registered 11 shots on target (4.74xG) and created four big chances (2.90xA) in the ongoing campaign. Additionally, leading the attack for a team top of the charts for goals scored (35), shots on target (87), and expected goals (3.31xG), Jota is likely to frequently find himself on the score-sheet over the next few weeks.

Hosting an unpredictable Southampton side, Liverpool are expected to comfortably secure a positive result this weekend. Provided the Reds avoid any hiccups, Jota could potentially register a goal contribution at Anfield on Saturday.

Despite failing to find himself on the score-sheet last weekend, the Spurs winger remains likely to improve his output over the next couple of fixtures. With Harry Kane (£12.2mn) predominantly deployed as a false nine since Conte’s arrival, Son is likely to play a major role in and around the penalty box, therefore, finding himself at the end of goal-scoring opportunities on most occasions.

The South Korean has been Spurs’ most potent attacker, having already registered six goal contributions this season. In addition, he has also registered three double-digit hauls, although having failed to deliver a return in four consecutive fixtures heading into the weekend. However, with the team in desperate need of points, Son is likely to be given a relatively liberated role in the attacking third going into a decent set of ties over the next few game-weeks.

Facing a Burnley side yet to keep a clean sheet in five consecutive games heading into the fixture, Spurs are likely to outperform the Clarets and secure a positive result on Sunday. Provided the Son succeeds in displaying a reassuring performance, the South Korean will be looking to significantly increase his goal-contributions over the next couple of months.