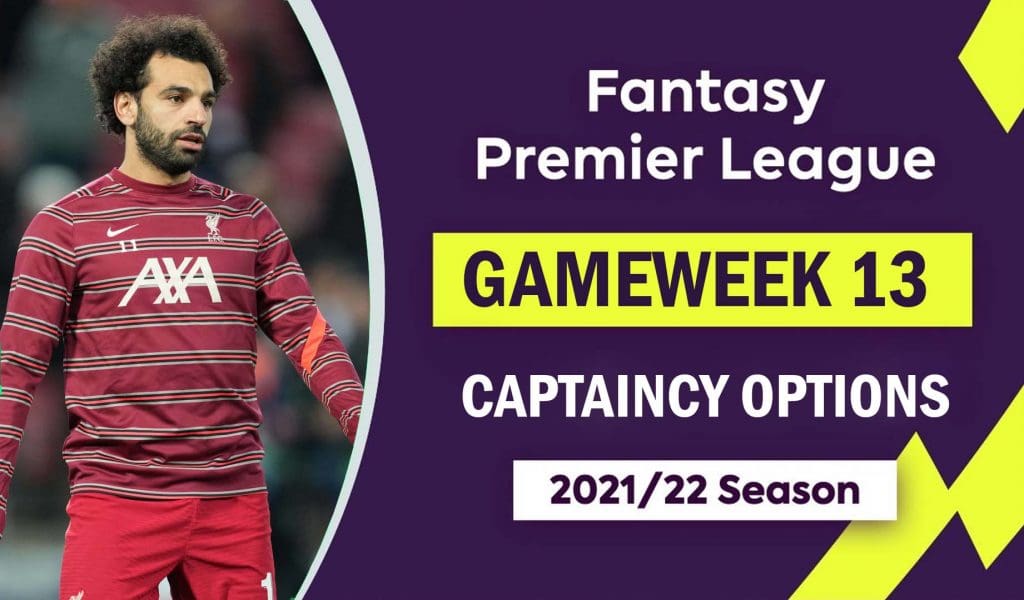 Another gameweek of the Premier League season is on the horizon, and the several thousands of Fantasy Premier League managers around the world are again faced with the task of picking their captain for Gameweek 13. More likely than not, it is usually your captain pick which determines how well you do, and this shortlist brings you some of your best options to put the armband on.

The first name on our list is Liverpool’s Trent Alexander-Arnold. The premium English full-back is the costliest defender in the game priced at £7.8m, but his returns justify his price tag. Trent has racked up 79 points in 2021/22 already and is playing some of the best football he has ever played in the Premier League. Alexander-Arnold has registered a goal and six assists this season, amassing a tally that proves him as a candidate to get you a goal involvements even from defence.

Trent Alexander-Arnold will be fresh off getting a couple of assists in the Reds’ 4-0 thrashing of Arsenal at Anfield last weekend, and the 23-year-old’s captaincy credentials this weekend are boosted by the fact that Liverpool goes up against Southampton at Anfield. Southampton have failed to score in all of their last four Premier League outings at Anfield, and it seems almost likely that Alexander-Arnold will finish the day with a clean sheet – and maybe even more.

The next pick on our list is the in-form Chelsea full-back Reece James. The 21-year-old has been in red hot form this season, racking up 75 points in Fantasy PL already – only Trent Alexander-Arnold & Joao Cancelo has more points as a defender. James’ tally of four goals and four assists in the league makes him a brilliant candidate for captaincy this weekend and the English full-back’s form warrants that – no other player has amassed more points in the game since the last four gameweeks (53 points).

Reece James will be fresh off getting another goal in the Blues’ 4-0 win over Juventus in their mid-week Champions League outing, and the weekend’s meeting against Manchester United at Stamford Bridge will encourage FPL managers to try their luck by putting the armband on him. Manchester United’s defensive frailties this season coupled with Chelsea’s miserly defense provide enough reason to trust Reece James to deliver the goods once again at the weekend.

READ: How fullbacks are changing the Premier League: A breakdown!

No captaincy shortlist can be completed without Mohamed Salah this season. The Liverpool forward’s scintillating run of form has continued, as he has delivered gameweek after gameweek without failure. The most expensive player in the game currently leads both the goal-scoring and assisting charts in the league this season, having racked up 11 goals and 7 assists in 2021/22 – resulting in his mammoth FPL tally of 125 points already. We are only approaching December.

His record and form this season so far make Salah an automatic captaincy candidate every weekend, and this weekend is no exception considering the team that Liverpool are up against. Salah has scored 7 goals in his last 10 Premier League outings against the Saints, and will be keen to add to his tally against Ralph Hassenhüttl’s men on Saturday. Considering the kind of form he is in, it won’t be a surprise to see Salah go further clear at the top of the scoring charts.