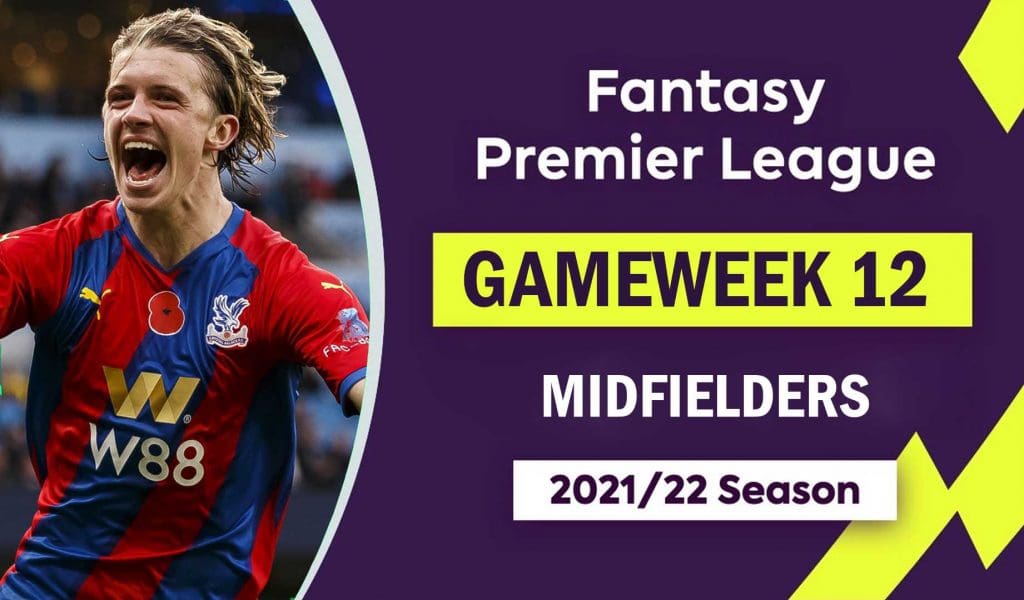 The last international break of the year is all but done, and the resumption of the Premier League is right on the horizon. As Gameweek 12 beckons, the millions of Fantasy PL managers around the world will now look to confirm their choices ahead of the upcoming weekend. In the following shortlist, we will list our preferred FPL midfielders to get maximum points this weekend.

The first name in our list is the most in-form budget midfielder in the game at the moment. Conor Gallagher of Crystal Palace has torn up the league so far this season, and leads the list for early contenders of the Young Player of the Season award. Priced only at £5.8m, the young midfielder on loan from Chelsea has racked up 62 points in the game this season – making him one of the best cut-price options that you can have. Gallagher tops the goal involvement charts for the Eagles, having scored four goals and made two assists in ten starts this season already.

Gallagher has scored in each of Crystal Palace’s last two league outings, and was rewarded for his brilliant form with a first call up to England’s senior team in the international break. The weekend’s fixture against Burnley at Turf Moor can be a good occasion to bet on Gallagher finding the back of the net, as Palace have won two of the last three outings when the teams met at the said venue. The high-flying Eagles who are sitting in the top half of the table so far this season, will look to secure another three points – and Gallagher will hope to deliver once again.

For the next name in our list, we will continue to focus on Burnley’s upcoming clash with Crystal Palace – and one Maxwel Cornet in particular. Cornet has been this season’s surprise package so far, as the Clarets’ record signing who was bought as a full-back has been playing up front – and delivering the goods. Priced only at £6.0m, Cornet provides an in-form package as a forward despite being listed as a midfielder, having scored four goals in five starts for Burnley so far.

The weekend’s match against Crystal Palace should also provide encouragement for Fantasy PL managers to get Cornet into their teams. Buoyed by a hard-earned draw on the road against league leaders Chelsea in their last league game, Burnley will look to perform against another London team this weekend at home. Recent history also seems to favour the home side, as the Clarets have won all three of their last three outings against the Eagles in the Premier League.

It would take a very brave man to bet against Mohamed Salah this season. The Egyptian has been the game’s highest scorer this season with a whopping tally of 117 points – and hence even the managers who did not start with him in their teams have eventually brought him in. Salah has been in the form of his life, and currently tops both the Premier League’s goalscoring charts as well as the assist table with 10 goals and 7 assists to his name already. Therefore, even at the game-high price of £12.7m, Salah’s incredible output in front of goal makes him a bargain.

Liverpool will welcome Arsenal to Anfield on Saturday, in a fixture where Salah has had a lot of joy in the past. The Gunners are one of Salah’s favourite opponents to score against, as he has been directly involved in nine goals in nine Premier League appearances against Arsenal (seven goals and two assists). At Anfield for Liverpool, he has scored four times and assisted two more in four league outings against the Gunners, making the weekend’s fixture a favourable one for the Reds’ talisman – further encouraging more managers to bring him in if they haven’t already.