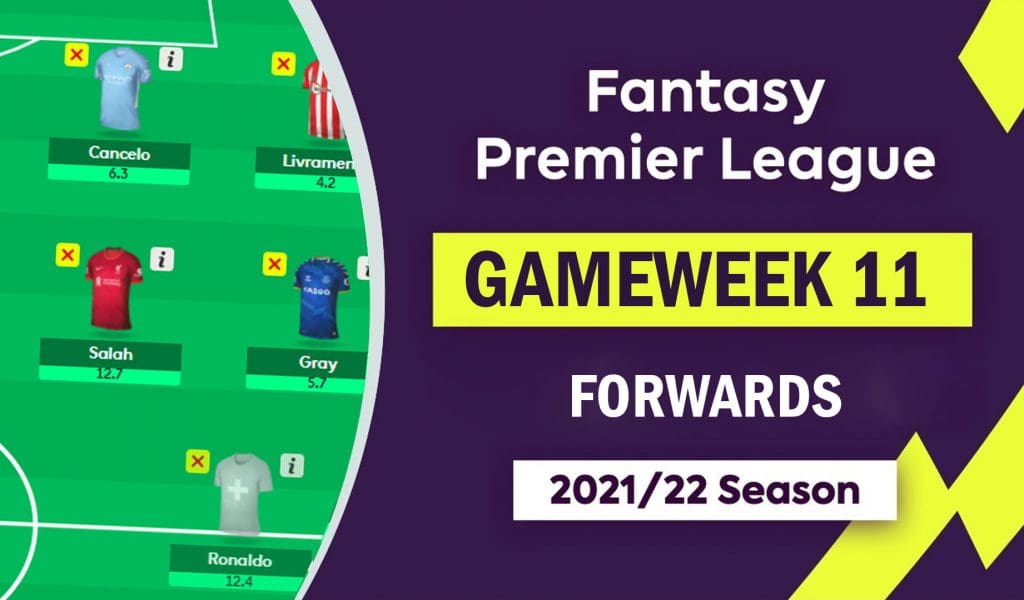 Following an exhilarating week of European football, the Premier League returns for gameweek 11 before we move into the final international break of the season. Last weekend provided much food for thought, with several proven differentials ending their favourable fixture run with a disappointing game week.

Mohamed Salah (£12.9mn) returned on yet another weekend, while Cristiano Ronaldo (£12.4mn) rose to the occasion, producing his second double-digit haul of the season. Amongst the high-value differentials, Conor Gallagher (£5.7mn) and Emile Smith-Rowe (£5.6mn) emerged as tempting assets amongst midfielders while Reece James (£5.8mn) continued with his remarkable form, asserting himself as the stand-out performer, having produced 21-points in gameweek 10.

Now, with managerial changes and an upturn in fixtures for several underperforming and underrated assets, Fantasy Premier League GW11 offers managers a unique opportunity to prepare for a relentless set of fixtures following the international break. Given the lack of consistent options in the forward position, it remains inevitable for FPL managers to remain perceptive. Hence, in this article, we shortlist three forward assets most likely to produce decent returns this weekend, whilst also examining their short-term impact vis-à-vis upcoming fixtures.

Although yet to deliver an attacking return since game-week six, the upcoming fixture list offers the striker a unique opportunity to increase his goal contribution heading into the winter. While the Englishman is yet to replicate his goal-scoring form during Brentford’s time in the Championship last season, Toney has shown immense promise to warrant a place in FPL draft’s in the ongoing campaign.

The striker has only registered four-goal contributions hitherto but is a vital part of the Bees’ attacking threat upfront. Toney has recorded 18 shots from within the box – nine on target – whilst having created five big chances, recording a decent number of expected assists (3.08xA) during the ongoing campaign. Additionally, Brentford have proven to be successful in the attacking third, having scored 12 goals whilst registering 83 in the league this season.

Facing an underwhelming Norwich City at the weekend, Brentford are expected to bounce back after suffering consecutive losses in their last two league games. Expected to, once again, lead the line on Saturday, the weekend’s fixture provides the strikers with an opportunity to find some consistency heading into a favourable set of fixtures for the newly-promoted side.

As predicted by many, the Mexican has risen in popularity, having been impressive in Wolves’ recent result heading into the weekend. After an underwhelming start to the campaign, Bruno Lage’s squad have steadily gained momentum, having remained unbeaten for five games in the league hitherto. While collective displays have been at the heart of the Wolves’ positive results, Jimenez has been the team’s focal figure, having delivered for the club when needed the most.

The Mexican has registered only five-goal contributions, bagging a double-digit haul this season, but continues to remain the team’s most potent threat in the attacking third. Additionally, Jimenez boasts an impressive number of expected assists (0.16xA) and goals (0.29xG) per game, ranking third and fourth respectively, at the club this season.

While the upcoming fixture could prove to be challenging for the visitors, Jimenez remains the likeliest forward asset to provide an attacking return this weekend. Given Wolves’ decent run of fixtures following the international break, the Mexican is likely to add to his tally, thus, potentially increasing his popularity amongst FPL managers later in the season.

Undeniably, the most underperforming premium asset this season, Kane has been a shadow of himself after a potential move to Manchester City broke down during the transfer window. Now, with Nuno Espirito Santo relieved of his duties and Antonio Conte appointed as the new manager, Kane is likely to rise in popularity at the behest of the Italian tactician.

While Spurs have failed to overwhelm their opponents this season, the appointment of Conte signals a change in direction for the remainder of the season. The Italian has already earmarked Kane as being his foremost goal-scorer and is the likeliest to help the Englishman redeem himself after a poor start to the campaign.

Kane has only managed to register two-goal contributions, returning in only one game-week in the ongoing campaign. However, with a refreshing change in management, many are banking on the Italian to get the best out of Kane’s abilities going deeper into the campaign. Facing an Everton side struggling to keep clean sheets, the weekend’s encounter offers a perfect opportunity for the striker to kick-start his season before heading into the final international break.